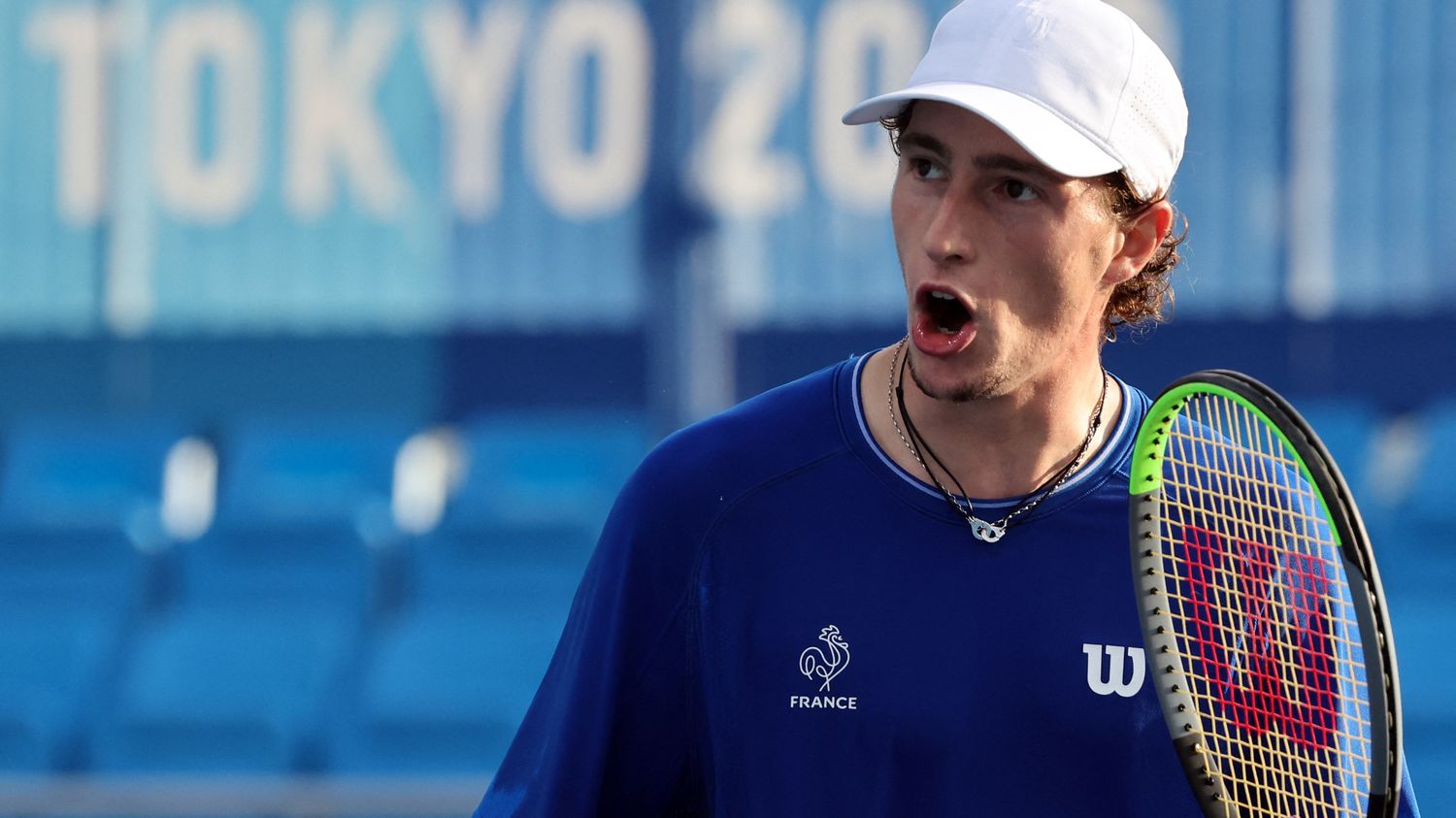 Ugo Humbert continues his journey to the Ariake Coliseum in Tokyo. Wednesday July 28, the French won the shock of the third round against a Stefanos Tsitsipas who was injured at the end of the second set (2-6, 7-6, 6-2). He will face Karen Khachanov in the quarterfinals of the Olympic tennis tournament.

Heavily defeated in the first set, Humbert battled to win the second set in the decisive game after his opponent was injured behind the right knee. The doctor had to intervene, but that was not enough for the Greek, finalist of Roland-Garros, released in the third round and who sees his Olympic dream fly away.

There were, in a way, two games between Ugo Humbert and Stefanos Tsitsipas this Wednesday. The first, which lasted just over a set, will be clearly in favor of the world number four. In 32 minutes, he will travel the French to the four corners of the court to take the advantage in the score (6-2). Well helped by his service (six aces) and making very few errors (only four unforced errors), the Greek then seemed to be heading for a first victory against the French player, against whom he had bowed in November 2020 in Paris. during the Masters after a titanic fight (7-6, 6-7, 7-6).

Then the number 14 seed of this Olympic tournament came out of its box. More offensive, successful at the net (seven points out of seven) and holding his service well (zero break point conceded), Humbert regained his fighting spirit and his accuracy to take Tsitsipas to the decisive game. The moment chosen by Messin to pass the overdrive and return to a set everywhere (7-6 (7-4)). The one, too, where the meeting changed.

By stopping in mid-trade on the victorious set point of the French, the Greek aroused concern in his clan. Sitting on the ground, the face of the unfortunate Roland-Garros finalist hardly seemed optimistic about his chances of success in the third round. After long minutes of keeping his right leg, he will return to his chair, assisted by the physiotherapist, limping.

The last set will confirm this physical poor form of Tsitsipas, in great difficulty to hold the exchange and committing a lot of unforced errors. If he will defend his luck to the end by dismissing three match points, the fourth – on an ace – will be good for Humbert (6-2).

For his first participation in the Olympic Games, the 23-year-old will play a place for the last four against the Russian Karen Khachanov, Thursday, July 29 at three in the morning, French time.