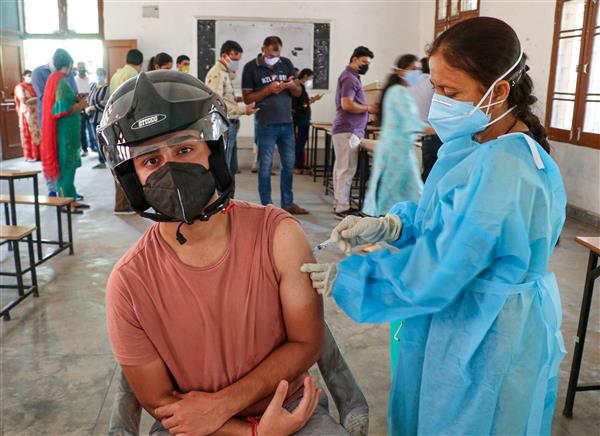 Twenty-two cases of the Delta Plus variant of the coronavirus have been detected in India, with 16 of them being reported from Maharashtra and the remaining from Madhya Pradesh and Kerala, the government said on Tuesday.

India is among the 10 countries where the Delta Plus mutation has been found so far, Union Health Secretary Rajesh Bhushan said at a press briefing.

A statement issued by the Union Health Ministry stated INSACOG had informed that the Delta Plus variant, “currently a variant of concern (VOC)”, has these characteristics—increased transmissibility, stronger binding to receptors of lung cells and potential reduction in monoclonal antibody response .

Besides India, the Delta Plus variant has been found in the US, UK, Portugal, Switzerland, Japan, Poland, Nepal, China and Russia.

The Delta variant is found in 80 countries around the world, including India, and it is a variant of concern, Bhushan said.

Cases of the Delta Plus variant have been detected in Maharashtra’s Ratnagiri and Jalgaon and parts of Kerala and Madhya Pradesh.

He said the Health Ministry has released an advisory on the kind of public health response that Maharashtra, MP and Kerala should initiate to address this issue which “presently looks fairly small in terms of number but we would not want this to assume significant proportions”.

According to the Health Ministry statement, it has alerted and advised Maharashtra, Kerala and Madhya Pradesh to take up immediate containment measures, enhanced testing, tracking and vaccination in districts and clusters where the Delta Plus variant of COVID-19 is found.

“Union Health Secretary has communicated to these three states this variant has been found in genome sequenced samples from Ratnagiri and Jalgaon Districts of Maharashtra; Palakkad and Pathanamthitta Districts of Kerala; and Bhopal and Shivpuri Districts of Madhya Pradesh,” the statement said.

The Union Health Ministry has advised Maharashtra, Kerala and Madhya Pradesh that the public health response measures, while broadly remaining the same as have been implemented by them earlier, have to become more focused and effective.

The chief secretaries of these states have been advised to take up immediate containment measures in the districts and clusters, including preventing crowds and intermingling of people, widespread testing, prompt tracing as well as vaccine coverage on a priority basis, the statement said.

They were also advised to ensure that adequate samples of positive persons are promptly sent to the designated laboratories of INSACOG so that clinical epidemiological correlations can be made for further guidance to be provided to states, the statement said.

In response to a question at the press briefing, Bhushan said, “Broadly speaking, both the Indian vaccines—Covisield and Covaxin—are effective against Delta variant but to what extent and what is the proportion of antibody titers they produce, that information we would very shortly share.” Bhushan further informed that INSACOG has 28 laboratories and they have sequenced 45,000 samples, of which 22 cases of delta plus variant have been found.

“The labs of INSACOG bring this information to the notice of the Ministry of Health which then in timely and prompt manner indicates to the concerned states what are the activities that have to be initiated to curb the spread. The public health response is standardized for the variants, ” he said.

INSACOG, or Indian SARS-CoV-2 Consortium on Genomics, was set up to conduct genome sequencing of the coronavirus.

The INSACOG is tasked with not just the whole genome sequencing but also for giving timely inputs on appropriate public health response measures to be adopted by States and Union Territories.

Speaking on the overall pandemic situation in the country, NITI Aayog Member (Health) VK Paul said there is a consistent improvement in the pandemic situation but stressed that people must continue to follow COVID-19-appropriate behavior and avoid crowds and parties. Uptake of vaccination has to be increased, he said.

“The number of districts reporting more than 100 daily cases have shrunk to 135 from 531 (in the week ending May 20) which is reassuring and even with restrictions being eased we are able to maintain the declining pace.

“But with the restrictions being lifted our responsibility increases…it is in our hands to ensure that pandemic remains localised and suppressed,” Paul said.

Bhushan said there has been an almost 90 per cent decline in India’s daily COVID-19 cases as compared to the highest peak reported on May 7.