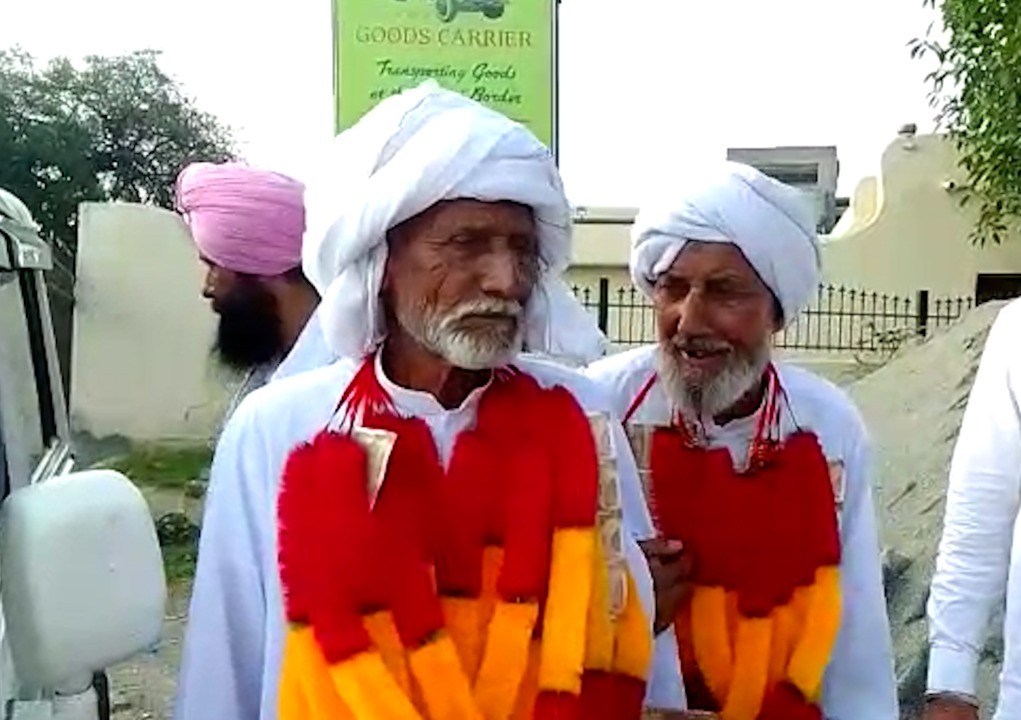 Nearly 74 years after they were separated during Partition, Sikka Khan and Sadiq Khan once again stepped together on the Indian soil on Tuesday as they crossed the Attari-Wagah border in Amritsar.

Sikka Khan, who had gone to meet his brother Sadiq Khan to Pakistan in March has now returned with him to his ancestral Phulewal village in Bathinda.

Sadiq Khan plans to stay for two months in his ancestral village where he spent his childhood days. He was nearly 10 years old when he got separated from his mother and brother and left with his father for Pakistan. The father, however, died on the way.

Sadiq is visiting India for the first time after the Partition.

The brother had earlier met at Gurdwara Kartarpur Sahib in Pakistan for a few hours in January 2022.

The efforts to reunite the two brothers gathered pace after Pakistani YouTuber Nasir Dhillon uploaded a video in 2019 of Sadiq’s appeal to meet his separated brother on the Indian side. Dhillon got a call from a medical practitioner from Sikka’s village inquiring about Sadiq. It took two more years for the brothers to finally meet at Gurdwara Kartarpur Sahib for the first time after completing the paperwork.

The reunion of the two octogenarian brothers separated during Partition in 1947, was a showstopper for pilgrims in Kartarpur.

Sikka told Sadiq their mother committed suicide by jumping into a canal as she had developed a mental disorder after losing her husband, son and some other relatives. Their sister also died a few years after Partition, he said.

Sadiq was brought up by his uncle while Sikka was taken care of by a Sikh family.