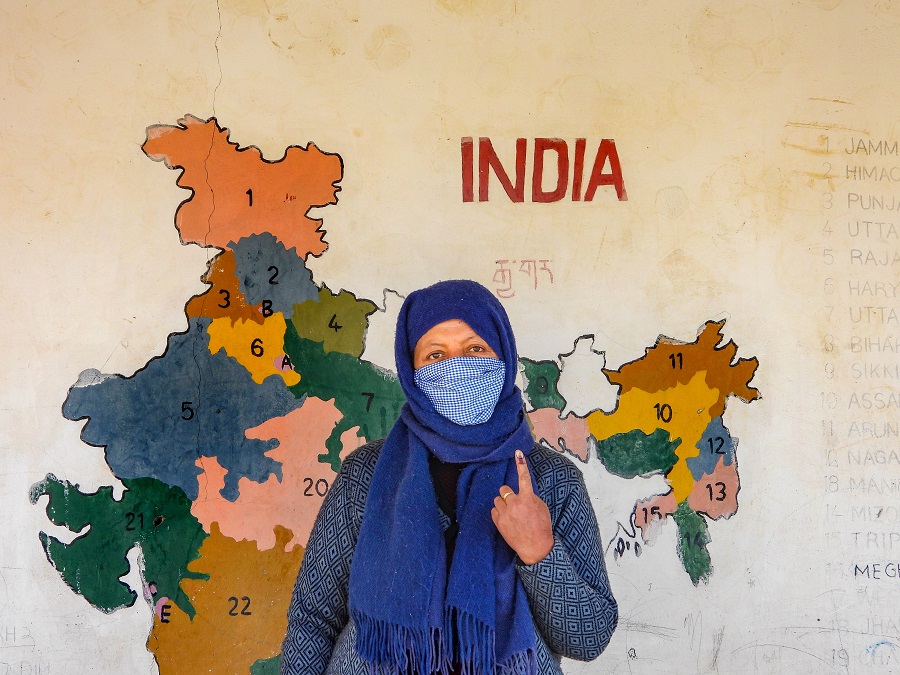 Leh recorded a 65.07 per cent voter turnout in the Ladakh Autonomous Hill Development Council (LAHDC) elections, which was peacefully here on Thursday, an official said.

The voting for the sixth LAHDC Leh election was held across the district. As reported, a total of 65.07 percent of voters exercised their franchise to decide the fate of 94 candidates who are in the fray, said the official.

According to reports, this is the tentative polling percentage. The counting of votes is scheduled for October 26, the official added.

BJP, Congress, Aam Aadmi Party and 23 Independent candidates are vying for the 26 councilor seats of the 6th hill council of Leh district.

The polling began at 8 am and strong voter turnout was recorded at all the polling stations. Women and youngsters came out in droves to cast their vote, said the official.

Owing to the rising COVID-19 cases, all safety measures like wearing of masks, using sanitisers and following social distancing norms were followed at every polling booth, said the official.

For the first time, the administration extended the postal ballot voting services for senior citizens, people with disabilities, individuals who are under home or institutional quarantine, and doctors and paramedical staff deployed at COVID-19 hospitals.

An electorate of 89,776, including 45,025 women, were entitled to exercise their franchise in 294 polling stations spread over 26 constituencies across Leh to seal the fate of 94 candidates including 26 each of BJP and Congress.

The AAP is also trying its luck for the first time by fielding 19 candidates.

The regional parties including National Conference and Peoples Democratic Party (PDP) have chosen to stay away from the election.

The poll process is expected to be completed by October 30.

LAHDC-Leh has a total of 30 seats and four councilors are nominated by the government.

Since the formation of the hill council in 1995, Congress had swept the elections thrice, while the Ladakh Union Territorial Front had won the elections in 2005.

The BJP wrested control of the council from the Congress for the first time in the last elections by winning 18 out of 26 seats.

Kargil district of Ladakh has a separate hill council which was elected in 2018 for a five-year term. PTI