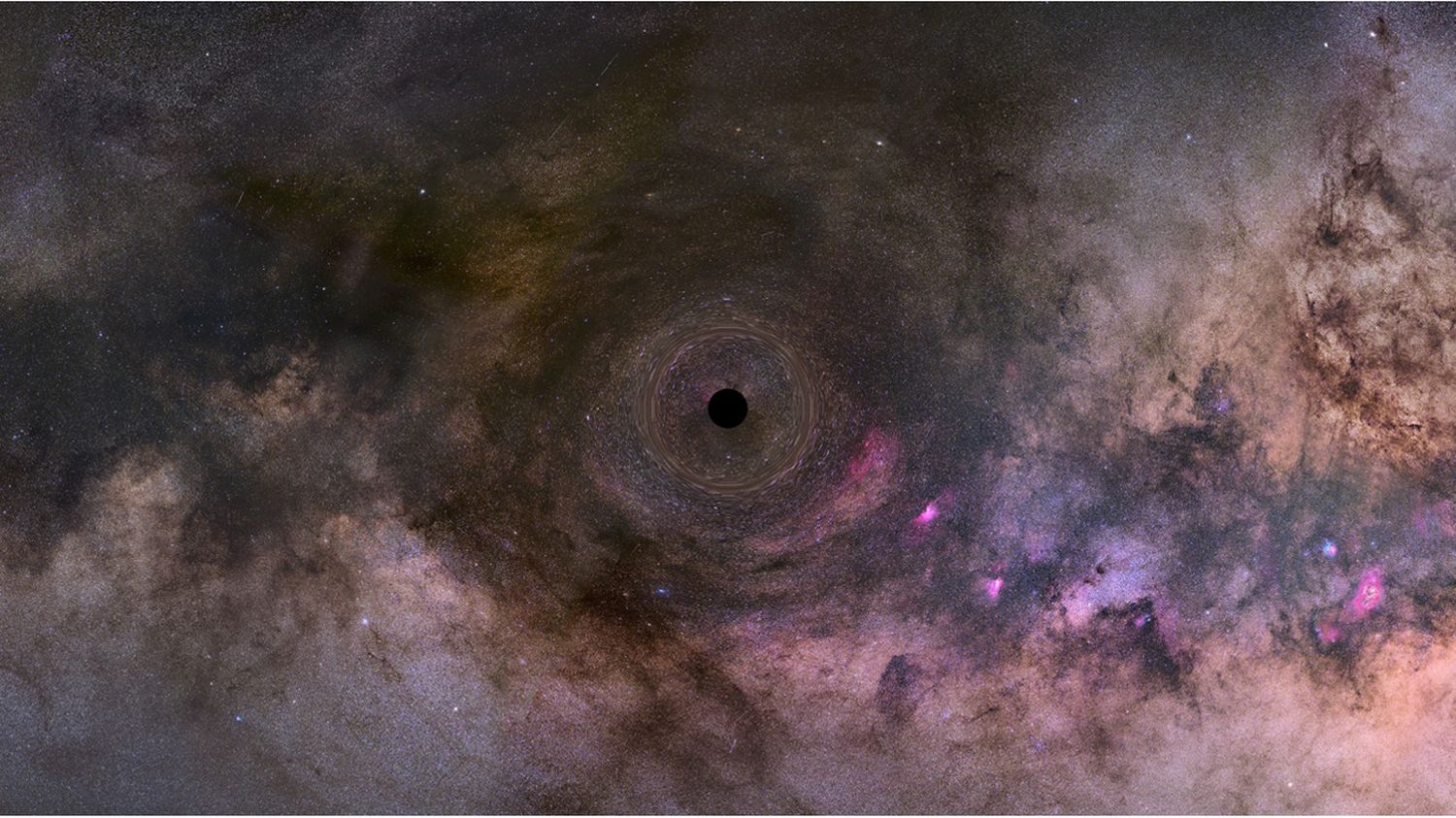 A few weeks ago, astrophysicists discovered in space the image of a black hole which reigns in the center of our galaxy. Today, they discovered another one, smaller, but damn mobile: it spins at 160,000 km/h. Mathilde Fontez, editor-in-chief of the scientific magazine Epsiloon, talks about this wonderful discovery.

franceinfo: Astrophysicists have just seen the invisible, you say?

Mathilde Fontez: They have even just seen the invisible twice! Because already, black holes, by definition, we cannot see them. These are incredibly compact stars, no doubt dead stars. So compact that they let nothing escape: they attract everything that passes nearby, even particles of light. But if something does not emit light, we cannot see it. And this black hole which has just been discovered by two American teams simultaneously, in particular thanks to the observations of the Hubble space telescope.
As a bonus, it is very small.

And yet, astronomers have seen it…

They saw it, thanks to its gravity: this black hole is very small. But it weighs heavy: 5 to 15 times the mass of our star, the Sun. What causes it to distort space-time, it deflects light that passes nearby. The researchers discovered this because they saw that the image of distant stars was distorted, as if seen through a magnifying glass. By the way, this is called a gravitational lens…

We expected the presence of this small black hole?

Astrophysicists suspected that there must be small black holes, like this one. They were even looking for them. This idea came to them from their theories of star evolution: they model the life of stars, and were able to determine that sometimes, when a big star dies, it explodes asymmetrically. His heart collapses into a black hole, at the same time as he is propelled into space, at a staggering speed. According to these theories, astrophysicists had estimated that there must be around 100 million of these black holes in our Milky Way galaxy. Basically, 1,000 times less than stars… And that’s it, they found one. It’s the first. And indeed, it spins at high speed: at 160,000 km/h.

Doesn’t it risk hitting the Earth?

No risk, no. Because it is very far. Astrophysicists have not been able to precisely measure its distance, but they know that it is between 2,000 and 6,000 light years from Earth. Not so close. And thanks to this detection, they estimate that the nearest black hole could be 80 light years away.
The universe is big, the Earth is tiny. There is almost no chance that such a black hole will collide with it.