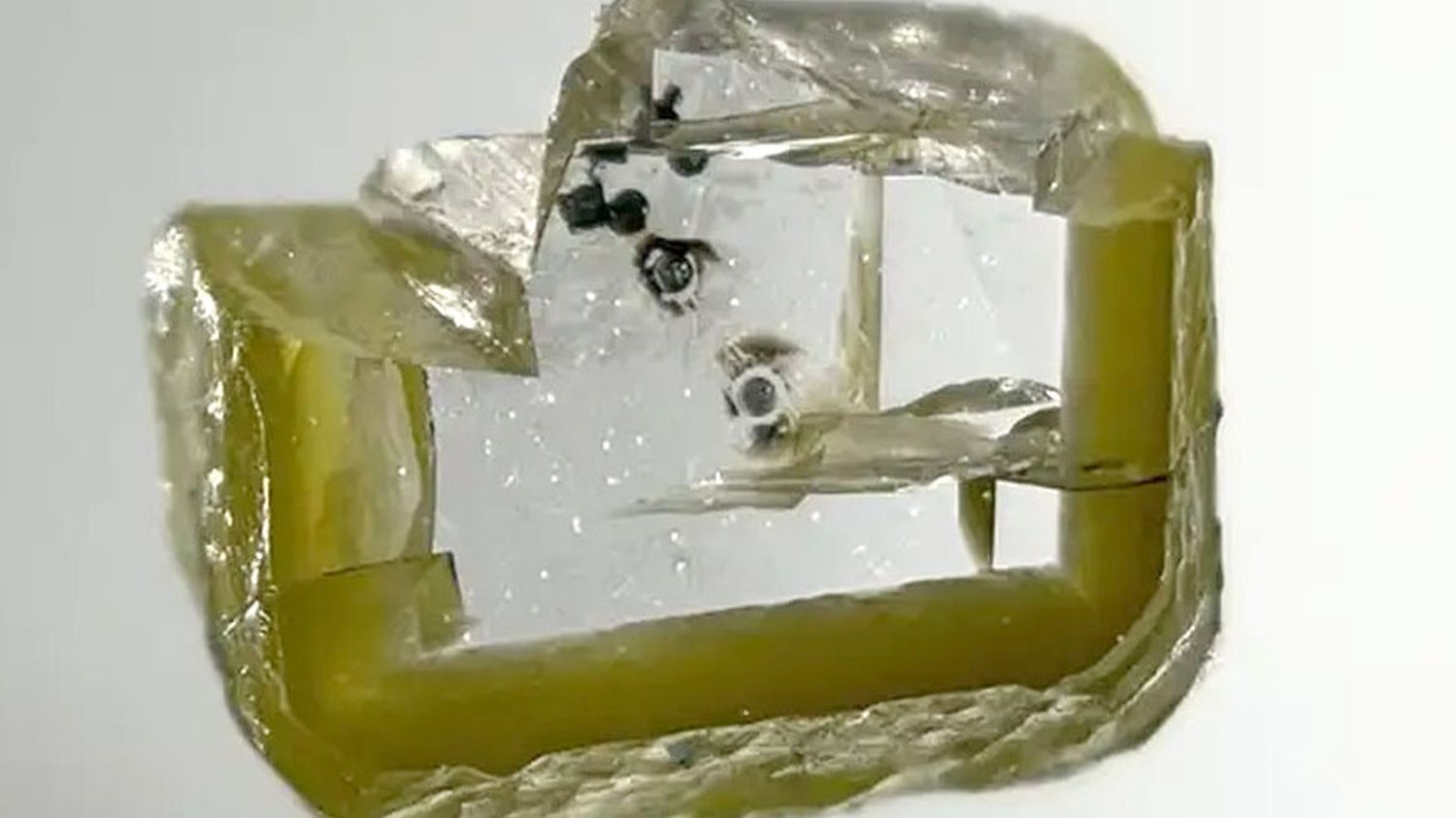 The discovery of this mineral is very big news for all scientists specializing in the study of the Earth.

Here is the davemaoite, so named in honor of Dave Mao, a prominent Chinese-American geophysicist, still alive. Davemaoite is a calcium silicate perovskite, a mineral that was theorized to exist in the 1960s and successfully synthesized in the laboratory in the following decade.

Confirmation of the existence in nature of this mineral has just been published in the journal Science. It must be said that it remains a rather rare event to discover this type of mineral coming from the center of the Earth, more precisely from the lower mantle, we are there between 700 and nearly 3,000 kilometers under our feet. It is a place inaccessible from the ground, quite simply because today we do not know of technology which allows to drill so far. With our current means we painfully reach 15 kilometers deep. And if, by the movements which agitate our subsoil, this mineral had succeeded in rising to the surface, it would unfortunately have ended up decomposing, due to the gradual drop in the pressure which holds together the constituent elements of this mineral.

This mineral was able to land in the hands of scientists thanks to a partner crossed in the depths of the Earth: a diamond. Locked in this matrix of carbon which also forms several hundred kilometers under the earth’s crust, the Davemaoite was able to be preserved, until it rose to the surface and fell into the hands of Oliver Tchauner, of the University of Nevada, who hit the jackpot studying a diamond mined from a Botswana mine. Oliver Tchauner who suddenly had his discovery validated by the very official international mineralogical association.

Davemaoite is composed of atoms of thorium, potassium, uranium. This makes it a mineral that produces heat, by radioactivity. The confirmation of its existence brings new elements of understanding of the functioning of the internal layers of our planet, of their chemical composition. A little more element in our finally still quite limited knowledge of this center of the Earth.