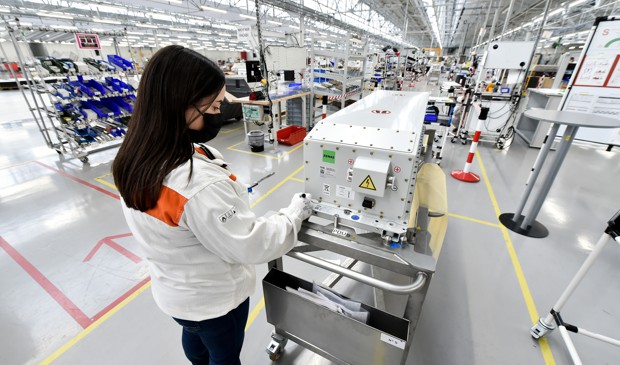 Industrial sovereignty, the dangerous dependence of States on Chinese production and the fragility of the supply chain have been sensitive subjects raised by the Covid-19 crisis. To remedy this, we must both push large foreign and French companies to start developing factory construction projects again, but also look at the other end of the spectrum, on the side of SMEs and start-ups.

After the Choose France sequence, the government announces, this Wednesday, January 19, a major plan to encourage young shoots with promising technologies to lose the reflex of carrying out their production abroad or selling themselves to a large group or an ETI, failing to find sufficient funding.

“The start-up nation has a problem. It was built around the cult of digital and platforms and has no real industrial ambition. However, Elon Musk has proven it: a start-up can become a giant and overtake its counterparts in the old world! notes a heavyweight in the ecosystem. While French Tech continues to raise spectacular funds, industrial start-ups remain under the radar of investors.

With the notable exception of Exotec. This unicorn manufactures robots for logistics warehouses in the North and has just raised 335 million dollars. “France has everything to make industrial unicorns,” says its founder, Romain Moulin, who moved to General Electric Medical, before launching his company in 2015. “We have, for example, super engineering,” quotes- he.

The government also has this conviction and intends to put money on the table in order to trigger a virtuous dynamic. According to our information, 1 billion euros will be contributed to the SPI investment fund (industrial project company) managed by bpifrance. Launched in 2016, this structure has already invested in around twenty start-ups but had exhausted its funding (800 million euros provided by the PIA and the EIB).

“When we started, the financial sector looked at us with a form of skepticism mixed with condescension”, explained, last September, Magali Joessel, director of the SPI fund, while welcoming that the view of the industrialization of start-ups up evolves. Among its main projects, the SPI fund has helped develop Metex, a company which has created a production plant for biosourced molecules to replace petroleum products in Carling Saint-Avold (Moselle) and another amino acid plant in Amiens.

He also helped Forsee Power to create an electric battery factory for heavy vehicles in Chasseneuil-du-Poitou. This company already achieves a turnover of 70 million euros. SPI is also a supporter of Aledia, which wants to manufacture new generation screens near Grenoble, and is in direct competition with Tech giants.

On average, SPI put tickets between 30 and 40 million to support these players who did not find favor with traditional funds. Their projects were considered too risky or too slow to pay off compared to nuggets evolving in the world of marketplaces, fintech or software. With its new resources, the SPI fund wants to finance around thirty additional projects in the coming years.

A “First plant” call for projects

The purpose of this fund is not to finance everything, but rather to have a knock-on effect on traditional venture capital funds to encourage them to participate in rounds. SPI is also not intended to remain forever in the capital of companies. In 2021, for example, it sold its stake in Carbiolice. “It is important to show the first successful outings”, added Magali Joessel, recalling that the SPI fund “is intended to return the money to the State by having it grow”.

The government plan also plans to help industrial demonstrator projects to the tune of 3 to 30 million euros, while overall aid for industrial projects could go up to 300 million. A call for projects called “Première factory” will be launched with the aim of financing around fifty projects per year. Finally, a platform will serve as a single entry point. It remains for startuppers tempted by the industrial adventure to take the plunge.