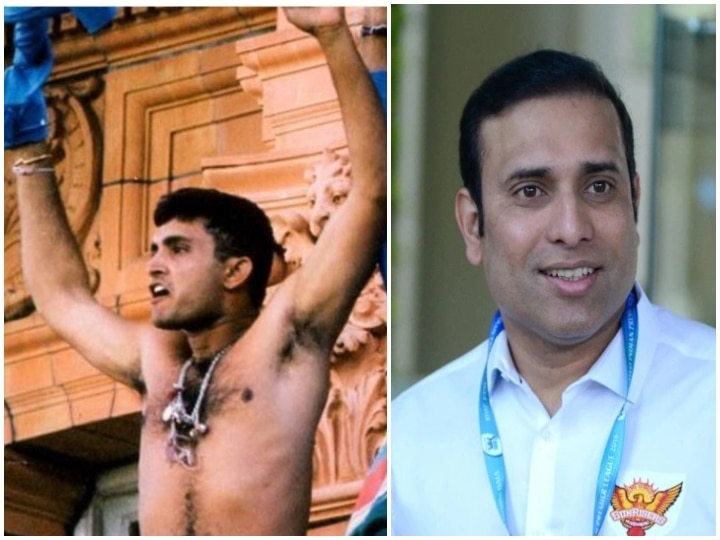 On 13 July 2002, the Indian cricket team recorded the most memorable victory in the history of their ODI cricket. About 19 years ago, India created history by defeating England on the grounds of Lords. Team India had successfully achieved the target of 326 runs under the captaincy of Sourav Ganguly, after which the Indian fans were immersed in the celebration.

This victory was also special for Indian captain Sourav Ganguly and he also celebrated it in a very special way. Actually, Dada expressed his happiness by taking off his T-shirt at Lord’s.

Now Dada told in an interview that when he was taking off his T-shirt on Lord’s balcony then the player VVS Laxman (VVS Laxman) with him at that time was preventing him from doing so. In the interview, he is asked whether Laxman was trying to stop you when you took off your T-shirt at Lord’s.

In response, Dada says, “Yes of course. I was in the right. I had VVS on my side and Bhajju (Harbhajan Singh) behind me. So as soon as I tried to top the shirt, VVS started pulling it down. And speaking I felt that neither do nor do. Bhajju then tells me what to do, so I said you also take off the T-shirt. “

Ganguly further adds, “The team had a very good mix at that time. I was crazy. Bhajju, Zaheer and Veeru and Yuvraj were North Indians. And then there were others like Rahul Dravid and VVS Laxman. They always sat the table clean.”

Dada further states that when Andrew Flintoff took off his T-shirt after winning at Wankhede, I said let’s do it at Lord’s as well. However, I feel a little embarrassed now.