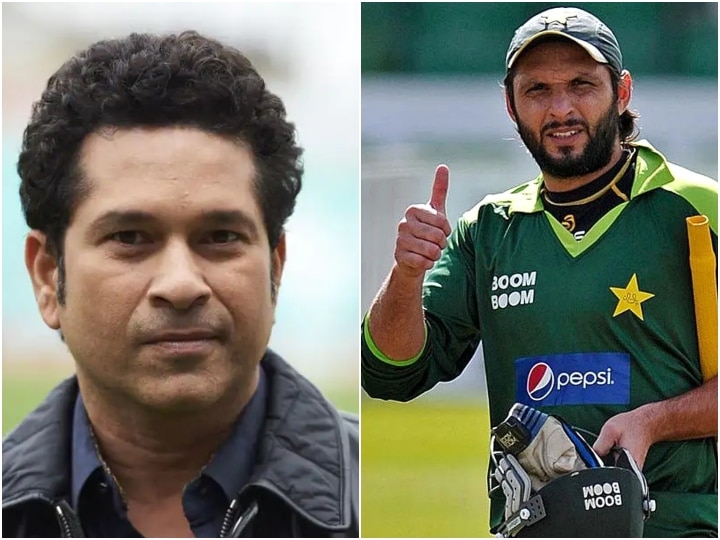 After former Pakistan fast bowler Wasim Akram, now former Pakistan captain Shahid Afridi has sent a special message to Sachin Tendulkar wishing him a quick recovery. The former Diggies all-rounder said that there is no doubt that Sachin Tendulkar will make a strong recovery from Corona. Before this, Wasim Akram also prayed for Sachin to be healthy.

Shahid Afridi retweeted Sachin Tendulkar’s tweet, “Legend, wish you well soon. There is no doubt that you will make a quick and strong recovery from Corona. You stay in the hospital for a short time and sooner than that. Just be healthy. “

Wishing you a speedy recovery legend. No doubt that you will make a strong recovery.
May your hospital stay be short and your recovery even shorter! https://t.co/JfYhJeBTre

Earlier, Wasim Akram remembered his debut match while praying for Sachin’s well being. Akram wrote, “In the same way, in the age of 16, when you had given away sixes of big guns, in the same way, Kovid will also be sent across the boundary and will come back healthy soon.”

Even when you were 16, you battled the world’s best bowlers with guts and aplomb … so I am sure you will hit Covid-19 for a SIX! Recover soon master! Would be great if you celebrate India’s World Cup 2011 anniversary with doctors and hospital staff … do send me a pic! https://t.co/ICO3vto9Pb

Sachin was admitted on Friday

Sachin tweeted and said, “I have been admitted to the hospital on the advice of the doctors. I will be back soon after recovering from the hospital. All of you are praying for me and I thank all of you for this.”

Let us know that Sachin Tendulkar recently took part in the World Road Safety T20 Series. After he became corona positive, three more former cricketers played in this series with him became corona. They are all home quarantine right now. It includes Yusuf Pathan, S Badrinath and Irfan Pathan.

Kevin Pietersen told IPL’s biggest show, said- there should not be international cricket between it