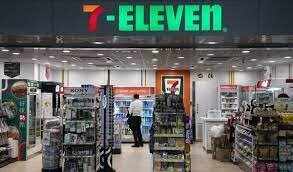 The management of Reliance Industries has announced this today only on Thursday, October 7. In its announcement, RIL stated that its subsidiary Reliance Retail Ventures Limited (RRVL) will launch 7-Eleven stores in India and for this the subsidiary company of Reliance Retail has partnered with 7-Eleven Inc. (SEI) to launch its stores in India. With a Master Franchisee Agreement. Mukesh Ambani-owned RIL further said that the purpose of 7-Eleven stores is to provide better convenience to the buyers. In this, snacks and all food items will be available along with the items of everyday necessities.

Future Retail Limited, owned by Future Group, announced on Tuesday 5 October that they have terminated the master franchise agreement with 7-Eleven after a 2-year plan to operate stores in India, Future – 7 were unable to open the stores as stipulated in the agreement and the franchisees were unable to pay the fees. Two days after Future Retail was exempted from the franchise agreement, 7-Eleven entered into an agreement with Reliance Retail Ventures Limited (RRVL) today.

Also read this news: Recognition of the trunk of Lord Ganesha and how the mouse became a vehicle, know

Let us tell you that 7-Eleven of America had entered into a franchise agreement with Future Retail to open and operate stores in India in the year 2019, under which Future Retail proposed to open its first store in India in early 2020. But till now not a single store had been opened. America’s 7-Eleven is employed in 18 countries of the world.