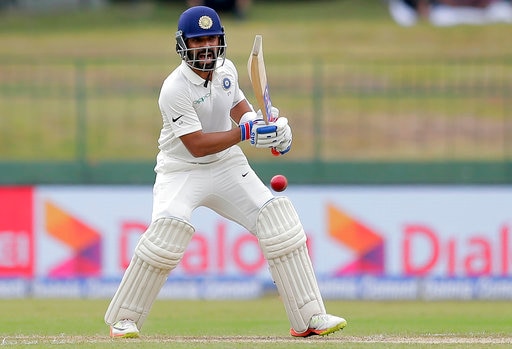 Team India: The Indian team (IND) is currently on a tour of South Africa (SA), where the three-match Test series between the two teams will start from December 26. Team India has reached Centurion, where the first Test match will be played. On Saturday, BCCI shared some photos of Indian players practicing on social media. The special thing is that the Test vice-captaincy has been snatched from senior player Ajinkya Rahane, who has been battling poor form for a long time. But Rahane has been included in the Test team for the tour of South Africa. If he gets a chance in the playing XI, then he can make a unique record in his name.

Know what record Rahane can make

Ajinkya Rahane will complete his 5000 runs in Test cricket as soon as he scores 205 runs in the Test series on the South Africa tour. So far Rahane has scored 4795 runs in 79 Test matches at an average of 39.30. During this, Rahane has scored 12 centuries and 24 half-centuries. He is one of the senior Test players in the Indian team. However, he has been struggling with poor form for a long time.

Summer of 36: Team India made a ‘shameful’ record against Australia a year ago, everyone was surprised

Captaincy made headlines last year, this year there was no vice-captain

Rahane took over the captaincy in the absence of Virat Kohli in the Test series against Australia last year. Under his captaincy, the team performed brilliantly and registered a historic victory. Then all the veterans praised his captaincy and he was made the vice-captain of the Test. He also captained in the first match against New Zealand. But after battling poor form for a long time, BCCI has removed him from the post of vice-captain.