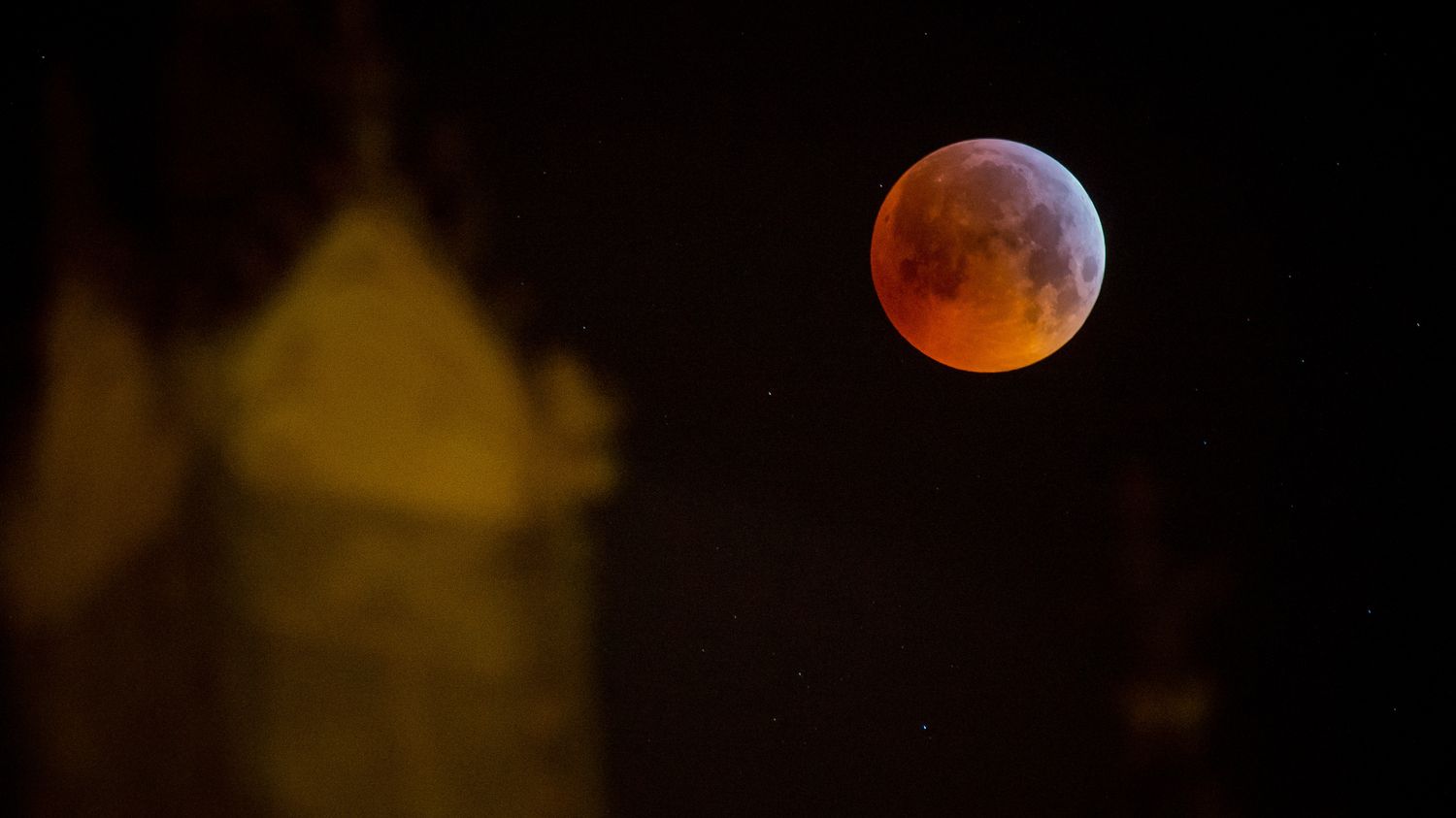 You will have to set your alarm clock very early. The Earth, the Moon and the Sun have an appointment for a total eclipse, on the night of Sunday May 15 to Monday May 16. Franceinfo details everything you need to know to take full advantage of this event offered by celestial mechanics.

What is a lunar eclipse?

It occurs when the Sun, Earth and Moon are aligned. The natural satellite of our planet then finds itself in the shadow of the Earth, which hides it from our view. When the alignment is not perfect, the eclipse is not total. But there she will be. This video shows the mechanism very clearly.

Let’s not forget that it is a happy coincidence that we can witness total eclipses from our planet. If, in our sky, the Moon and the Sun sometimes overlap perfectly, it is because the Moon, 400 times smaller than the Sun, is also 400 times closer to us.

What will it be possible to see from France?

The Moon will not be invisible. As during all total eclipses, it will appear with a red color, which earned it its nickname “Blood Moon”. This phenomenon is due to the fact that the sun’s rays will no longer reach it directly. Only a small part of the red rays will be filtered by the Earth’s atmosphere and refracted towards the Moon while the blue rays will diverge outwards. Sunrises and sunsets seen from Earth are tinted red because of the same phenomenon.

So what to expect? You will find here, in 22 seconds, an accelerated of the total lunar eclipse of January 21, 2019. We see that the Moon is gradually covered by the shadow of the Earth, and then appears in a copper hue. Here is a snapshot taken in Seine-et-Marne during this event.

Warning: this photo is not contractual 😉 The exact color that the Moon will adorn is difficult to predict. It can be more or less red, orange or pink. Air pollution conditions can also interfere.

Finally, as always, a fundamental element for the observation of the sky is to be monitored: the weather forecast. Friday afternoon, Météo France predicted very overcast skies on Sunday evening, which should clear overnight from Sunday to Monday. Exactly when that will happen remains to be seen.

What time will the event take place?

From mainland France, the partial phase (the one where we will begin to see the shadow of the Earth nibbling the Moon) must begin at 4:27 a.m. The umbral phase (maximum) must begin at 5:28. The peak of the eclipse will occur around 6:11 a.m., the end of the shadow phase must occur at 6:53 a.m. “A lunar eclipse is different from a solar eclipse”comment to franceinfo Eric Chapelle, mediator in astronomy. “For a lunar eclipse, when we are in the shadows, we say that it is total”he insists. In other words, it’s not like a solar eclipse where the maximum is really a marked and singular moment.

These times are problematic: the Moon will be setting and the Sun will be rising at the same time. “The difficulty is that the light of the dawning day will dazzle, veil the eclipse”notes La Chaîne astro on YouTube.

Some French will have more luck than the French: those who are in Guyana, Guadeloupe and Martinique. For them, the total eclipse must begin in the evening (10:27 p.m. for the West Indies, 11:27 p.m. for Guyana) and end in the middle of the night (around 4 a.m. in the West Indies and 5 a.m. in Guyana).

What precautions should be taken to observe it?

No need for special glasses. Unlike solar eclipses, viewing a lunar eclipse does not require protective gear. You can admire the spectacle with the naked eye. With binoculars, even an astronomical telescope, even small, the spectacle will be all the more striking.

Another precaution to be taken is not of a security nature. It concerns the observation framework. “In Paris, the Moon will be observable at about 5 degrees above the horizon, it is extremely lownotes La Chaîne astro. If you live in a detached house, you are likely to be bothered by your neighbors. It may be better to get upstairs in your house. If you live in an apartment and you have no vis-à-vis, it will not be bad.” In other words: a totally unobstructed view is more than desirable.

When will the next one be?

The next total lunar eclipse visible from mainland France will only take place on March 14, 2025. “We will only see the very beginning of it”, breathes Eric Chapelle. On the other hand, “that of September 7, 2025 will be simpler and more pleasant to observe”he estimates, because it will occur at the very end of the afternoon and at the beginning of the evening.