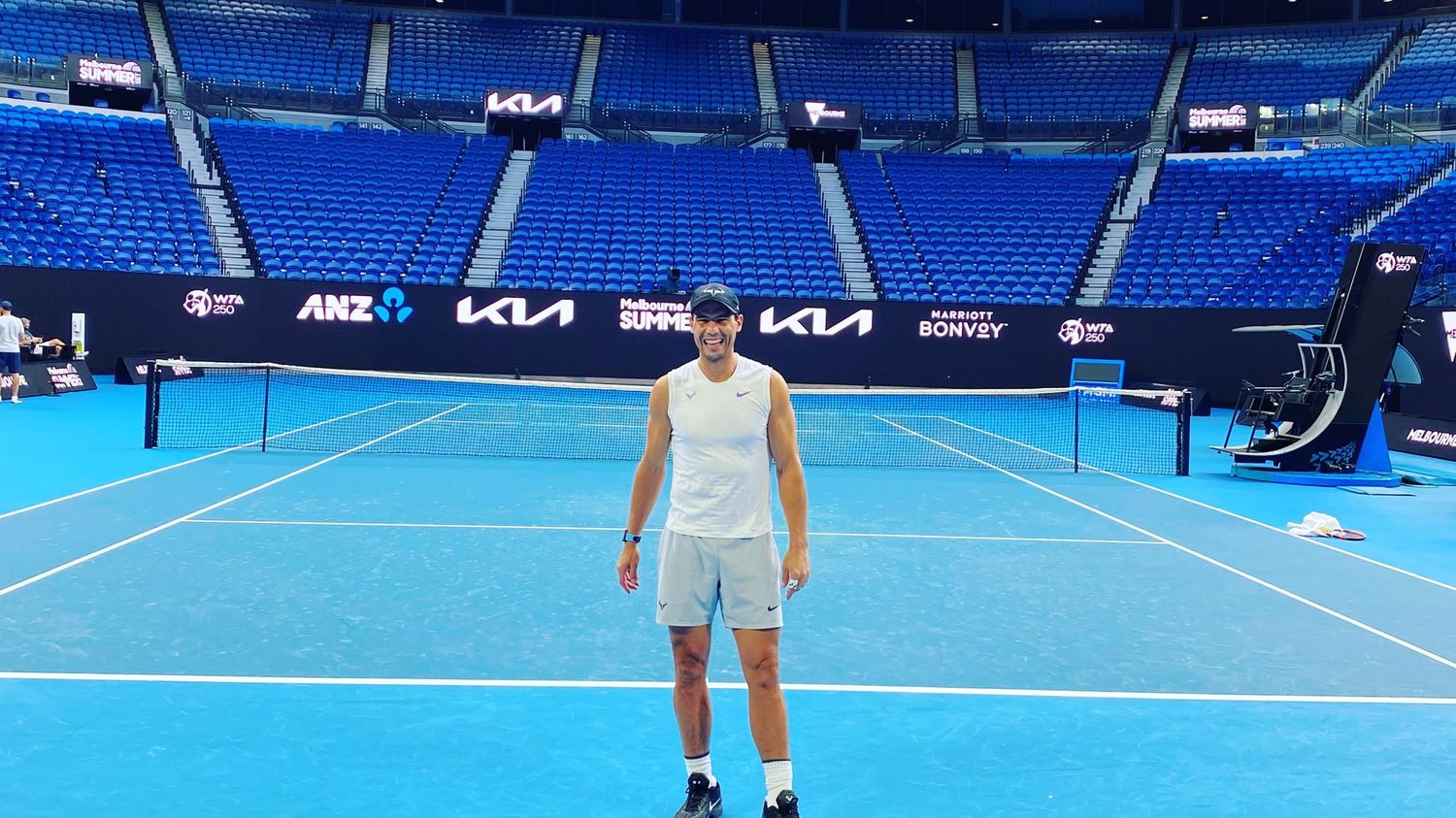 The first Grand Slam of the year starts on Monday January 17th.

“Don’t tell anyone … here I am”. All smiles in the middle of the Rod Laver Arena, Rafael Nadal announced his arrival in Australia, Friday, December 31, via a photo on Twitter. More than two weeks before the start of the tournament and after having tested positive for Covid-19, on December 20, the Spaniard made his mark in the Australian capital.

“As a result of the situation, I must have total flexibility with my schedule and I will analyze my options according to my progress” he explained, announcing his positive test. For now, he has not yet announced the content of his start to the season, but this photo looks like an officialization of his participation in the first Grand Slam of the season.

Don’t tell anyone …
… Here I am pic.twitter.com/x1F2BJnH3y

While the tournament will begin on Monday, January 17, the official cast is not yet known. Novak Djokovic, who usually takes the leading roles, has still not communicated as to his presence. A clue, perhaps, is to be found near his package for the ATP Cup which takes place in Sydney from January 1 to 9? Response in the next few days.

He too is uncertain, Benoit Paire has once again tested positive for Covid. World No.15, Dominic Thiem, meanwhile, forfeited, the fault of a wrist injury. Finally, the Briton Andy Murray should participate in the fortnight after having benefited from a wild card.