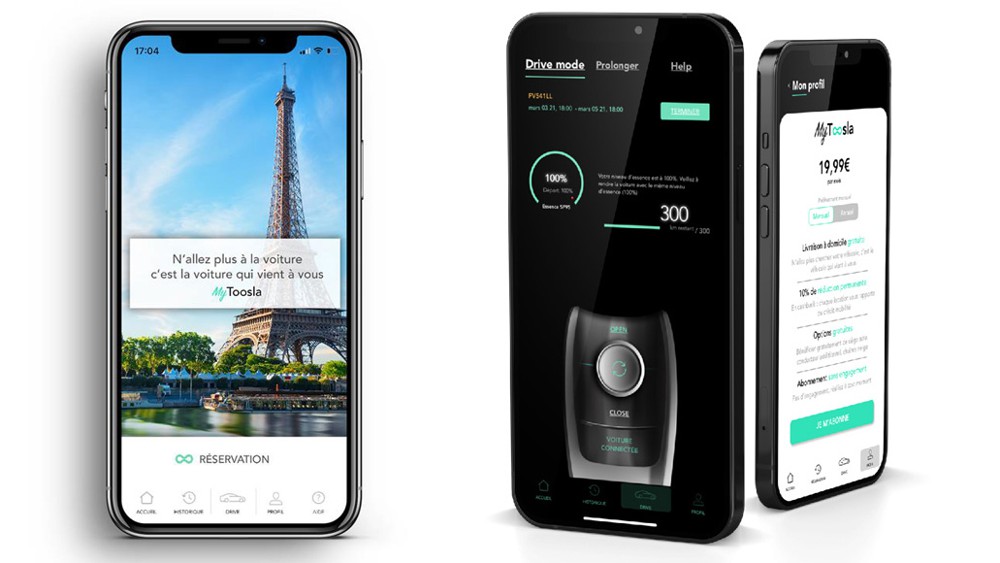 Resolve the causes of dissatisfaction with car rental customers. This is the objective of Toosla, which has been developing a “branchless and contactless” rental service since 2016, thanks to its mobile application. Eight months of development were necessary to fine-tune the first version, which has since been enriched with additional services.

Its operating principle is quite simple: once his account has been created and his administrative documents have been recorded, the user can choose a vehicle model and come and pick it up 24 hours a day at one of the dedicated stations.

The effectiveness of Toosla’s model is based on the quality of service and the flexibility offered to the user. Unlike the traditional network, this one does not have to represent its supporting documents for each new rental. No more queues either, or constraints on opening hours of branches, the application transforms the user’s smartphone into an ignition key.

In addition, a guarantee is given to the customer that the vehicle selected on the Internet will be the one he will have. “We also offer a home delivery and pick-up service. Our goal is to lift the brakes – what we call irritants – on hire ”, explains Eric Poncin, its CEO.

Launched with fifteen cars in 2017, the start-up’s fleet now numbers 300 vehicles, available in seven stations and underground car parks in Paris. This development has enabled the young company to make strong progress: its turnover rose from 2.6 million euros in 2020 to 4 million last year. With around fifteen employees, it aims to have a fleet of 6,000 vehicles by 2025.

To achieve this, Toosla was listed on Euronext Growth in December and announced on January 10 the final amount of its capital increase to 6.2 million euros. “This success gives us the visibility and the means necessary to achieve our objectives, in particular our international presence”, comments the CEO. Present in Madrid since June, Toosla plans to deploy in sixteen major European cities within three years, targeting 80 million euros in turnover by this deadline.