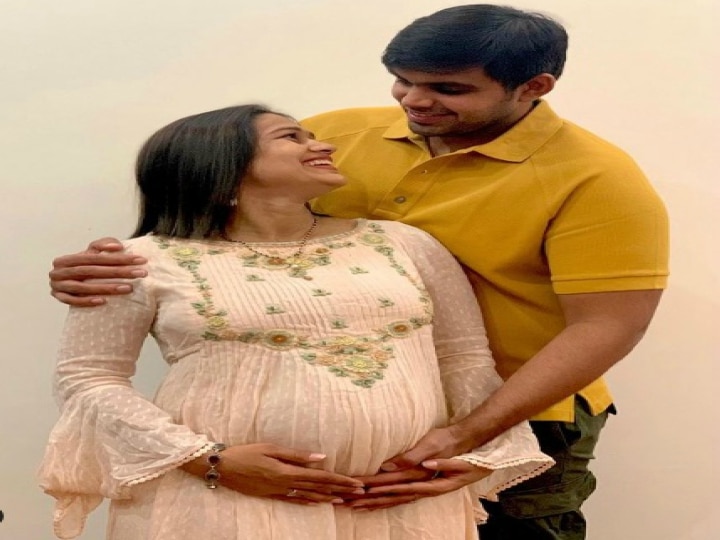 New Delhi Tiny guest is coming to Indian wrestler Babita Phogat’s house. He has given this good news to the fans through social media. Babita has shared a photo with husband Vivek Suhag, in which her baby bump is visible. Babita brought laurels to the country by winning a gold medal at the 2014 Commonwealth Games. In December last year, he married wrestler Vivek. Their marriage was also in the discussions. He made eight rounds in his marriage.

Babita Phogat has shared a beautiful photo with her husband, in which she is seen with baby bump in light pink dress. He has also written a lovely message with the photo. “In every moment I have spent as your wife, I have realized how lucky I am. You are my happiness You have completed me I am excited to start this new chapter in my life and am eagerly looking forward to it. ”

As soon as sharing the picture on Instagram, people have started congratulating Babita and Vivek. So far, nearly 40 thousand people have liked his post. Many sports personalities have also given their best wishes to him. Babita Phogat’s sister Geeta Phogat is also an international wrestler. The film ‘Dangal’ was made in Bollywood over these two.

This is how Babita and Vivek met

Babita Phogat and Vivek Suhag are both wrestlers. Their first meeting was in 2014. It was held at the Sports Authority of India (Sai) Center in Sonepat, Haryana. Both came to participate in the national camp. In the first meeting, both were very impressed with each other. Gradually, the two grew closer and both got married in 2019.