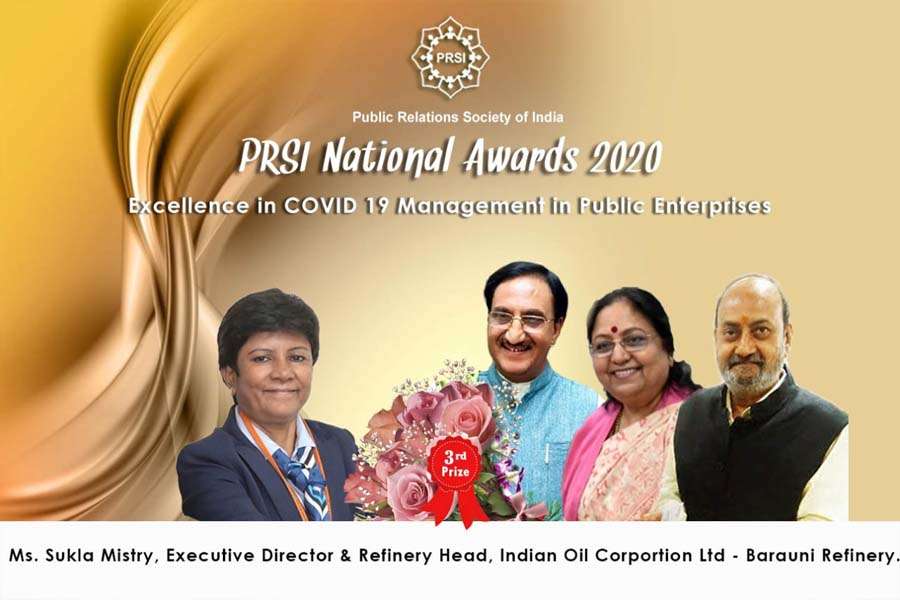 Shukla Mistry, Executive Director and Refinery Head, Barauni Refinery, congratulated all the Baraunians on receiving the Outstanding Kovid-19 Management Award. He informed that the PRSI National Award is a recognition of standard achievements in the field of public relations and communication management. Indian Oil’s Barauni Refinery was awarded two National Awards. It has received the third prize for excellent Kovid-19 management by the government undertaking and the third prize for its talk to the executive director’s loved ones in the monthly Hindi news letter.

The Barauni Refinery operated the refinery continuously during the Corona epidemic complying with all safety instructions. Due to which the fuel requirements of not only the country but also the neighboring country Nepal were met. Despite originally being a diesel-producing refinery, the Barauni refinery has innovated in existing systems to meet the increased demand for LPG during lockdown. A number of steps such as awareness campaigns, testing facility, quarantine center, covid control room were taken to prevent increased infection in the township, thereby reducing infection and leading to adoption of Covid compliant behavior.

Read this news as well: Wonderful: On this day of the week, partners give the most cheating, knowing you will also be shocked

He said that local MP and Union Minister Giriraj Singh has guided the Barauni Refinery continuously during the epidemic and boosted morale. Simultaneously DM Arvind Kumar Verma and his entire team have supported and supported the Barauni refinery, without which it was difficult to come out of this asymmetrical crisis. This is a result of the dedication and dedication of all, who have played an important role in fighting the corona epidemic like a team. The award is dedicated to all those who have directly and indirectly contributed to the success of this worthwhile initiative. Corporate Communications Manager Ankita Srivastava said that the Public Relations Society of India is an all-India apex organization of public relations professionals across the country.