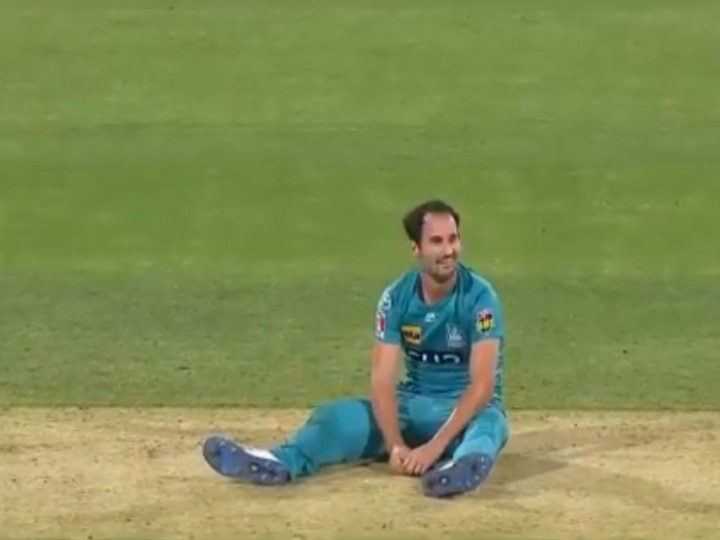 New Delhi The Big Bash League is being played in Australia these days. On Wednesday, the 20th match of this tournament was played between Hobart Hurricanes and Brisbane Heat. There was such an incident in this match, which is currently making headlines on social media. Especially people are praising the umpire. When you see this matter, you will also praise the umpire. By the way, Hobart Hurricanes won this exciting match by 1 run.

What happened in the match after all

Hobart Hurricanes scored 150 runs while batting first in this match. In the first innings, Louis Gregory of Brisbane Heat fell while bowling and the ball went very wide. When he fell to the crease, the match umpire went to him and asked about his well being. This ball went so far from the batsman that it was called ‘dead ball’. However, Gregory was not hurt and he got up and was ready to bowl. The video of this incident has been shared by the Big Bash League with its official Twitter handle.

“The most remarkable delivery of # BBL10“

And then Lewis Gregory gets dispatched into the stands on the following Bucket Ball free-hit ???? @KFCAustralia pic.twitter.com/gy3A14jYwh

As soon as this video came on social media, people started commenting. In this video, Gregory is also seen laughing at this ball. Few people commented on this, while many people are praising the umpire. By the way, the Brisbane Heat had to face defeat in this match. The next match of the league will be played between the Adelaide Strikers and Perth Scorchers on Thursday.