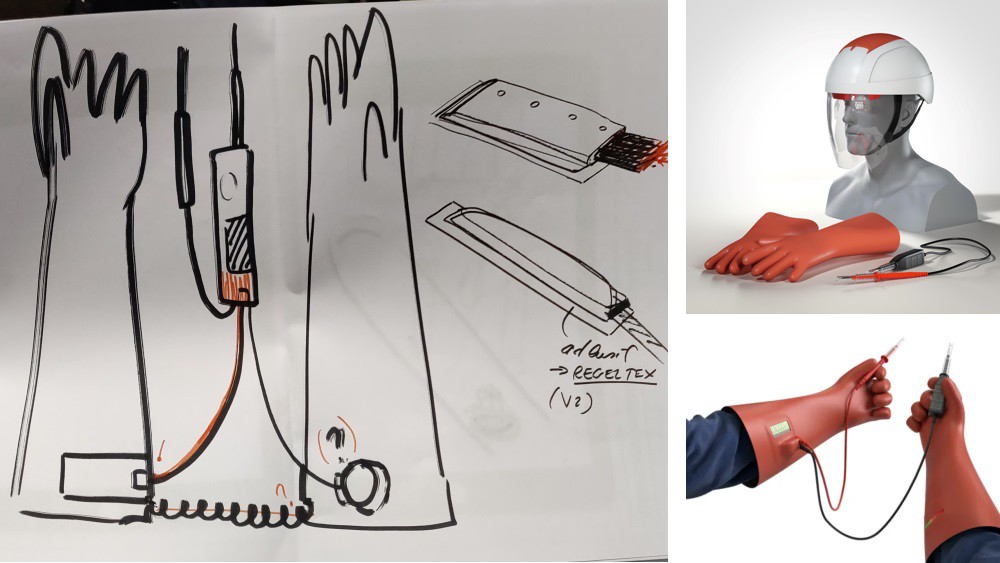 Yesterday student-entrepreneurs, Mathias Arbet-Pont, 29 years old, and Thomas cazor, 27, are now both employees and owners of their own business. While growing up Neoratech, a start-up created in 2018 (Rosières-Prés-Troyes, in Aube) which develops gloves intended for technicians testing the electrical voltage and at the same time protecting their users, they each work on their own. In the Microoled SME for the first, in the consulting firm Deloitte for the second.

A choice fully assumed when their product can only be finalized after several long years, at the end of a multitude of tests and validations of standards. ” There are not many young graduates who can tell themselves that they are not going to pay themselves a salary for several years, explains Thomas Cazor. If we had been working full time with our company right out of school, we would have had to grab services to the right and to the left and we would have wasted time. For him, this financial stability is a real strength.

Remunerated as part of their respective work, the two young partners do not pay each other any other income. ” The smallest euro that we manage to get out of Neoratech, the smallest subsidy is reinvested in the company », Specifies Thomas Cazor. The equipment offered, as technological products, requires particularly heavy investments: to date, approximately 80,000 euros of expenses.

Beyond the financial aspect, the respective professional experience of the two colleagues contributes to the development of Neoratech. Quality manager in an SME, Mathias Arbet-Pont takes care of the release of a first Microoled production. ” Tomorrow will be our turn! », Rejoices Thomas Cazor. What to review before experimenting! ” Today, we are working on our first productions. Initially, we wanted to outsource the assembly. But Mathias, thanks to his experience, realized that it was much more interesting for us to do the assembly in-house. », Adds Mathias Arbet-Pont.

For his part, Thomas Cazor supports intrapreneurs in his consulting firm. Project management, accounting, research tax credit, etc. The topics covered are rich in lessons. ” This inspires our methodology, he explains: shouldn’t we interview more clients at the start? How do we deal with all that is intellectual property? “

Employers who support the project

Among potential investors, the double hat of the two founders of Neoratech provokes nuanced reactions. “ Some see it as a strength, but some believe that we chose this formula because we did not have enough confidence in ourselves. », Says Thomas Cazor. However, the two partners are convinced that their pace is the right one, especially since their respective employers support them in their project and grant them part-time work. Since January and until summer 2021, these young entrepreneurs spend two days a week at Neoratech in addition to all their free time, that is to say their weekends and days off.

In recent months, everything seems to be accelerating for the two entrepreneurs. The duo joined the Leonard incubator, from the Vinci group, a potential future client. He also signed an order form for 270 gloves, which brings him closer to their goal of launching a pre-series, which can be done from 500 pieces ordered. It is only once this step has been taken that the two entrepreneurs plan to work full-time on the project, to raise funds by the end of 2021.

In this difficult period, entrepreneurs and managers of VSEs and SMEs need support more than ever. The Les Echos Entrepreneurs site is making its contribution by offering free information and testimonials for the next few weeks. To stay informed of entrepreneurs and startups news, consider subscribing to our daily newsletter and / or the weekly Farewell the Crisis!