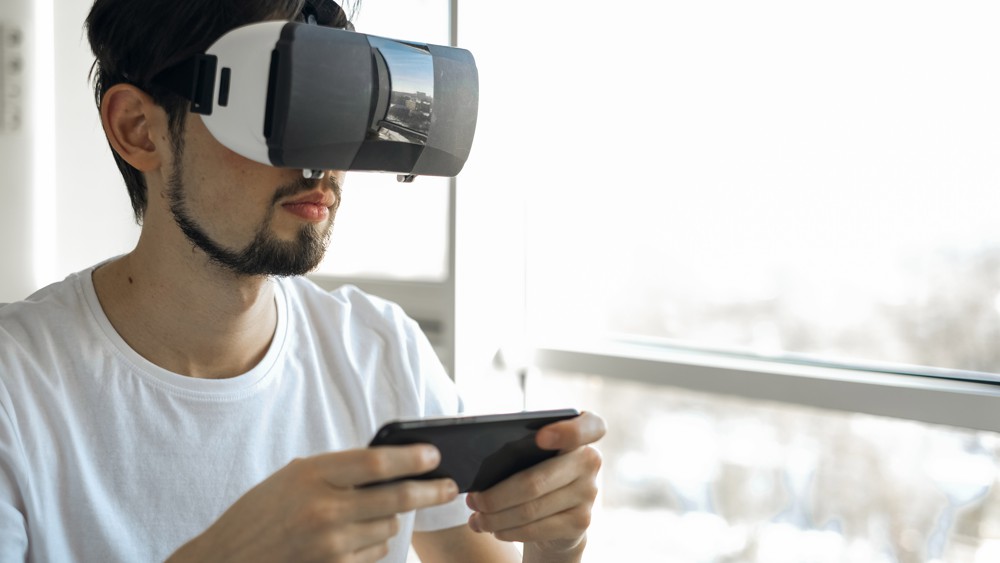 The trainee slips his smartphone into the virtual reality headset, then puts it on and chooses a language from the seven available. After selecting his level: beginner, intermediate or advanced, the desired degree of difficulty, for example perfect pronunciation, as well as a scenario, he finds himself for three minutes in a Spanish bakery or train. The trainee must pronounce the possible the sentences that are proposed to him: speed, tone and presence of all the words are analyzed.

Learn a language through virtual reality (VR), here is the experience, unprecedented in France according to its designers, offered for a month and a half by a training organization from Montpellier, Beyond Words. “It was when I went to BETT, a British education and technology fair in London last March, that I understood the value of virtual reality in learning skills. languages”, explains Maria Grazia Le Mura.

This 30-year-old Italian, holder of two master’s degrees from the University of Montpellier, first went through a start-up, of which it ensured the customer training, then through professional training before creating Beyond Words in 2020, to combine learning and digital. “ With VR, you see the immediate consequences of your words, as if you were abroad,” she explains.

Scientific studies on the contributions of VR to training focus, for the moment, on its use in industry. In 2016, nine British and Spanish researchers have demonstrated that people who have “taken immersive augmented reality training have obtained the same performance as those who have taken traditional face-to-face training”.

The Beyond Words teaching team chooses the most useful learnings for living in a foreign country. These scenarios are then put into 3D by the New Zealand studio ImmerseMe, which already has a large catalog of videos. “Our introductory offer proposes, for 300 euros, the supply of the VR headset for smartphone and unlimited use for six months of our application”, details Maria Grazia Le Mura. To avoid possible discomfort caused by the VR, the sessions last only twenty minutes.