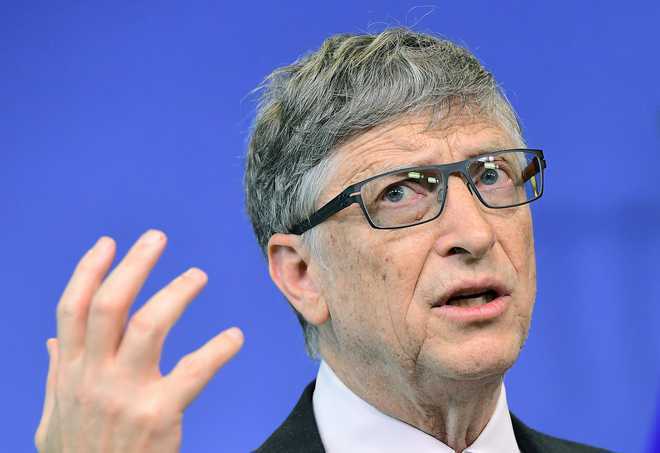 Far-right publication Breitbart News claimed that hundreds of millions of dollars flew from Gates’ foundation to 11 of the 26 organizations that “signed an open letter last month urging Twitter advertisers to boycott the company if Elon Musk restores free speech on the platform”.

Citing research and analysis from the Foundation for Freedom Online (FFO), the report analyzed public filings to trace hundreds of millions of dollars in contributions from the letter signatories back to the Bill & Melinda Gates Foundation.

“In total, 11 of the 26 anti-Musk organizations received funding from a Gates-backed entity,” the report claimed.

What a dick move!

“You think that’s bad, wait until you find out what he put in your vaccine,” Musk replied to a follower.

Soros, Clinton, Obama staffers shoot off anti-Musk letter to boycott Twitter After Musk tweeted about “who funds these organizations that want to control your access to information”, the reports surfaced late on Wednesday that the groups behind the anti-Musk campaign belong to wealthy Democrat donors and their family foundations, labor unions and the governments of European nations.

Earlier this month, about 26 activist organizations and NGOs signed a letter to Twitter advertisers asking them to boycott the platform if Musk makes content moderation changes.

It was later revealed that some of these groups are funded or tied to billionaire philanthropist George Soros, former US presidents Bill Clinton and Barack Obama.

“Elon Musk’s takeover of Twitter will further toxicify our information ecosystem and be a direct threat to public safety, especially among those already most vulnerable and marginalised,” the groups wrote to advertisers.

“Under Musk’s management, Twitter risks becoming a cesspool of misinformation, with your brand attached, polluting our information ecosystem in a time where trust in institutions and news media is already at an all-time low,” the groups wrote.

The Daily Mail had first revealed the people behind the 26 groups.

Musk has put the Twitter deal on hold till the company reveals the actual number of bots on its platform.

He has sparred with Gates on Twitter earlier too over various issues.

Gates had expressed apprehension regarding Musk’s Twitter takeover, saying he could potentially make the micro-blogging site a “worse” platform.

Musk earlier tweeted a picture of Gates, accusing him of shorting Tesla’s stock.