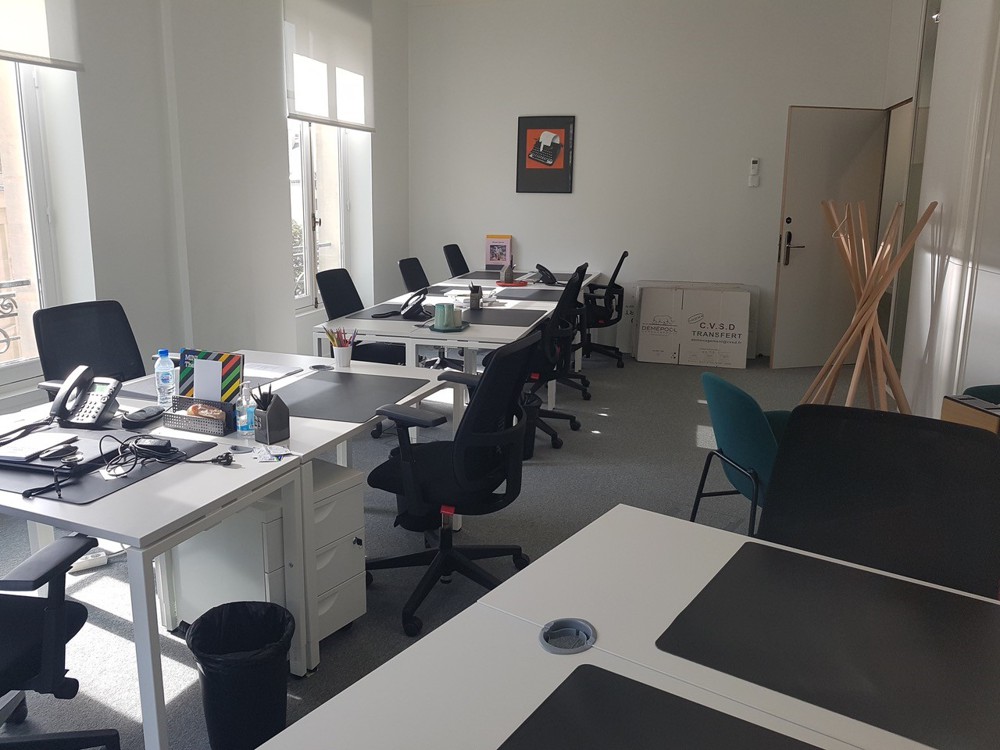 Reduce its office space to set up a new work organization and save money: many companies are thinking about it, Bleckwen already did. The young growth born at the end of 2018, which develops solutions to fight against bank fraud, dirty money laundering and the financing of terrorism, surveyed its thirty employees after confinement. The appetite of most of them for teleworking convinced her to take the plunge.

” Our lease contract expired at the end of October 2020. We did not renew it. », Says Paul-Henri Botella, financial director and human resources director of the company. By the way, Bleckwen took the opportunity to review his location: he decided to leave La Défense to settle in Paris, in the Halles district, so that his employees – rather young – can go out after work and take advantage of the ‘animation of the district.

At Les Halles, Bleckwen has ten workstations in a private space at Spaces. Instead of 40 in La Défense, where some service providers sometimes came to work alongside company employees. The new organization provides that employees do not come at the office one or two days a week – except for those most resistant to teleworking, who will come more. The rest of the time, they will have the choice between working from home or from a Spaces or Regus coworking space (the brands of IWG, the number one in the sector in France).

Due to the reduction in the number of workstations, the company found itself with unused equipment on its hands. It took the opportunity to distribute office chairs, keyboards and other flat screens to its employees, so that they can telework under better conditions. A telework charter is also being drawn up, which will define in particular the terms of compensation for certain costs.

For those who wish, this new organization can foster a change of life. ” I already have a few colleagues who have moved to the provinces », Notes Paul-Henri Botella. It is not closed to departures, not too distant, abroad. On condition that the employees undertake to return to the site regularly, at their own expense.

The expected gain from this limitation of office space is significant for the company: 200,000 euros per year, or a drop of two-thirds of its rental budget. However, the HRD is aware that the challenge for the coming months will be to maintain cohesion within the troops and manage to integrate newcomers.

Arrangements for them have already been taken. ” Each one introduces himself to the teams through a short film and we organize a maximum of one to one interviews for them. », Explains the HRD. ” We will also meet all together on the same site on a recurring basis. He continues. Once the health constraints linked to the Covid-19 epidemic will be lifted. What if the new organization didn’t work? ” I don’t believe our decision is reversible », Says Paul-Henri Botella, confident in the fact that it will suit employees. A balance sheet will be drawn in the coming months.