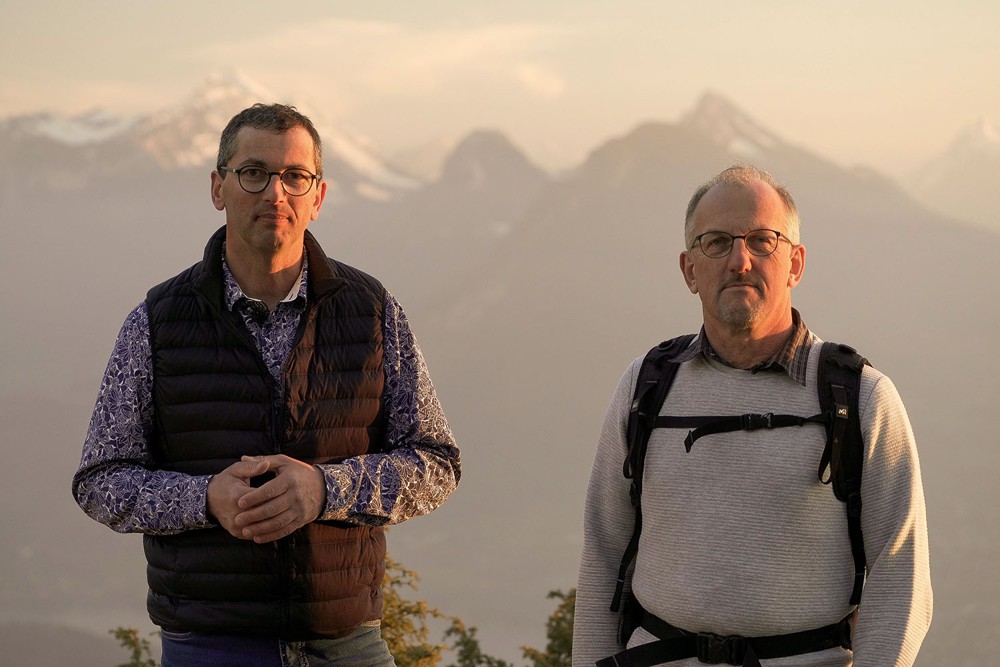 The health crisis and its successive confinements have pushed the French to beautify their gardens, balconies and terraces. Thus, the Botanic stores saw their annual turnover jump from 380 to 450 million euros, from August 2020 to August 2021. The store network, created in 1977 in Archamps (Haute-Savoie) by three families of horticulturalists, under the name “Serres du Salève”, are now run by the second generation: Luc Blanchet, its president, and Eric Bouchet, its managing director.

Last spring, Botanic also opened a new chapter in its history by adopting the status of a company with a mission. It is the culmination of the entrepreneurial vision initiated in 1995, when the garden center, with 12 stores at the time, left the Jardiland network of which it was, however, founder in 1982.

Since then, Botanic has traced its own path “by mastering our concept and our destiny”, says Luc Blanchet, echoing the founders, producers who wanted to control their distribution. Today, Botanic-Serres du Salèves no longer cultivates, but supplies its 74 garden centers through a wholesaler of flowers and plants and a purchasing center.

At the forefront of organic and CSR

The flourishing SME was built from the start on a charter of values ​​which embodied its current policy in terms of social and environmental responsibility. In 2008, the garden center had removed all pesticides and chemicals from its shelves and replaced them with 100% organic and natural ranges. Last year, it launched the first collection and recycling channel for plastic horticultural pots, entrusted to Véolia.

The brand also promotes Made in France which represents 75% of plants, seeds and bulbs, 50% of fertilizers, treatments and potting soil, 65% of tools, 95% of composters and miniseries … Botanic has always known how to take risks by anticipating trends and moving away from conventional solutions – for its underfloor heating for example, without concrete or insulation, in a permeable paved floor. “We always challenge solutions dictated by habit. We are guided by objectives, ”says Eric Bouchet. The rest of the story is “so much business, but less energy and water, and less CO2 with even more European and French production”, adds the CEO of the company, the engineer of the executive duo. Helped by the start-up Optera, Botanic is tracking down energy waste on heating, by rearranging its spaces, better partitioned between hot and cold areas. The brand converts its gas installations to electricity and launches photovoltaic production on roofs over 40,000 m2.

“We want to remain No. 1 but family and independent, without seeking development at all costs: reconciling growth, customer satisfaction, respect for the environment and social policy”, specifies Luc Blanchet. On the HR side, the 2,400 employees benefit from numerous training sessions, break rooms, seated massages and free naturopathic consultations … And after the good year 2020-2021, employees shared a third of the benefits of this “record” exercise .

Finally, the company favors integrated development rather than franchising. Its current good results will allow it to take root more quickly in the West (New Aquitaine, Pays de la Loire, Brittany) where it is still absent. A first opening is expected in Belz (Morbihan) in 2022.

* The Entrepreneur of the Year award is organized by EY, in partnership with HSBC, Verlingue, Steelcase and Bpifrance.