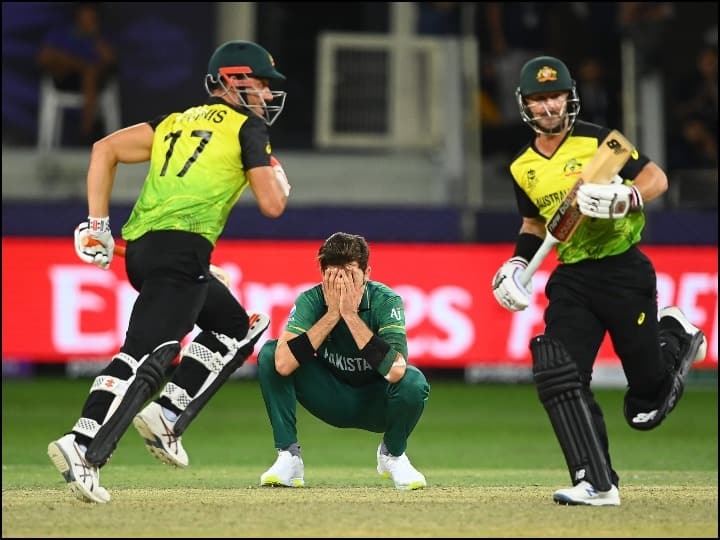 Pakistan vs Australia 2nd Semifinal: In the second semi-final played at the Dubai International Cricket Stadium, Australia defeated Pakistan and entered the final. Matthew Wade and Marcus Stoinis almost won the losing game for Australia. After playing first, Pakistan had scored 176 for four in 20 overs. In response, Australia chased the target six balls earlier. However, at one point it seemed as if Pakistan would win this match one-sided, but Wade scored an unbeaten 41 off 17 balls and Marcus Stoinis scored an unbeaten 40 off 31 balls to give his team the losing bet.

62 runs were needed in the last five overs to win

In the 13th over, Australia lost their five wickets for just 96 runs. After this Marcus Stoinis and Matthew Wade took over the innings. However, in the last five overs, Australia had to score 62 runs to win, then it seemed that Pakistan would easily win this match. But after this 12 runs were scored in the 16th over, and then 13 in the 17th over. Now Australia needed 37 runs in 18 balls to win. After this, 15 runs were scored in Hasan Ali’s over and then in Shaheen Shah Afridi’s over, Wade took his team to the final by hitting three consecutive sixes.

Chasing the target of 177 runs from Pakistan, the start of the Australian team was not good. In the very first over, captain Aaron Finch returned to the pavilion without opening the account. However, after this David Warner wreaked havoc on the Pakistani bowlers and kept the pace of the runs fast. He scored 49 runs in 30 balls. During this, China fours and three sixes came from his bat. On the other hand, Mitchell Marsh scored 28 runs in 22 balls with the help of three fours and one six. Apart from this, Steve Smith and Glenn Maxwell scored 05 and 07 runs respectively.

Earlier, Pakistan had scored 176 for four in 20 overs, thanks to half-centuries from Fakhar Zaman and Mohammad Rizwan. Rizwan scored 67 runs in 52 balls with the help of three fours and four sixes. At the same time, Fakhar Zaman played an explosive innings of 55 not out in 32 balls. In his half-century innings, Fakhar hit three fours and four sixes.