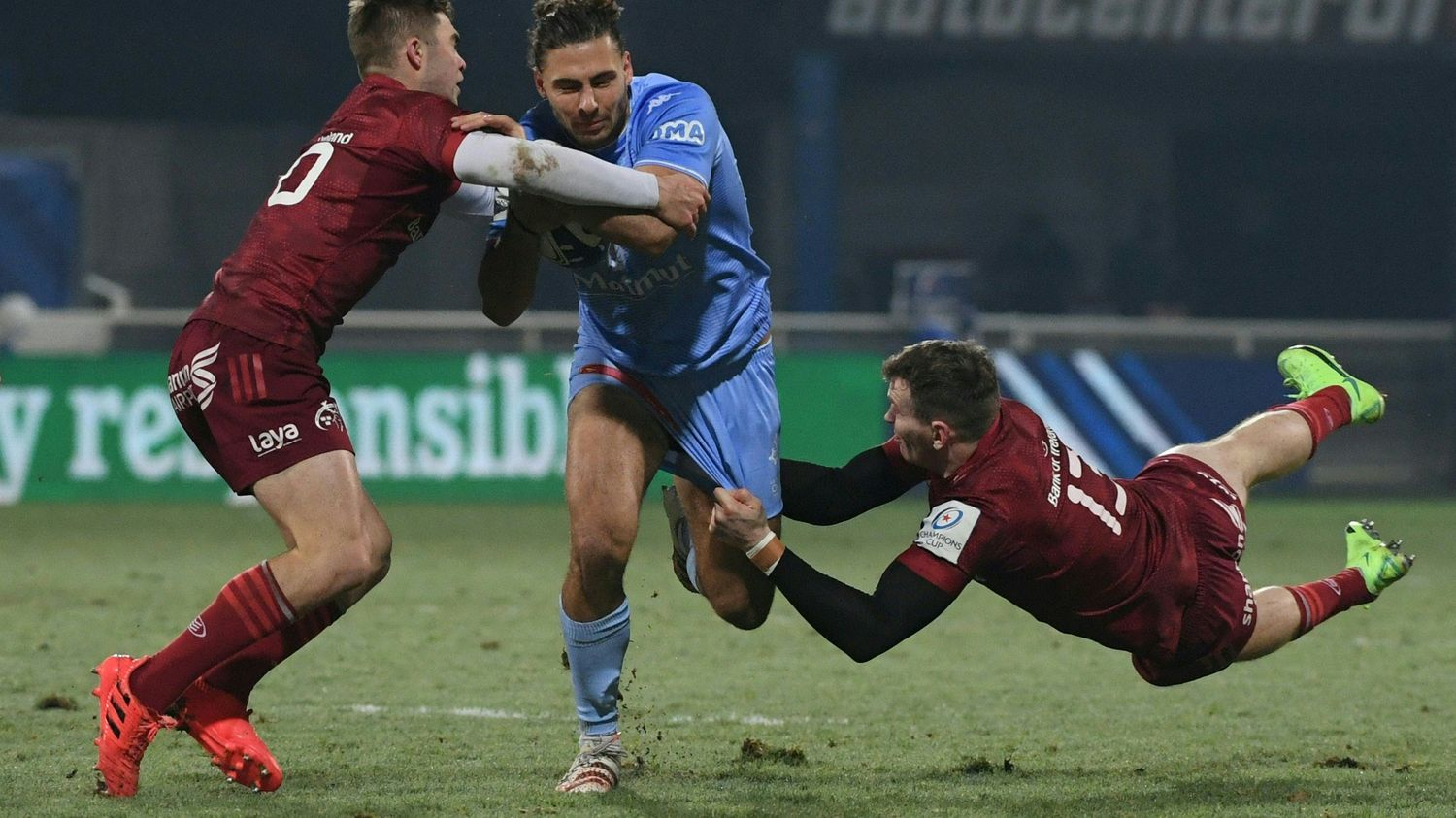 They went two short minutes from the feat. We could say that by offering a team that was always deeply reworked and led by rare executives in the European Cup – Combezou and Botica on Friday evening -, Castres Olympique was not very ambitious in this competition. And that was a shame given the first two copies made so far against the leaders of Harlequins and Munster. The frustration is all the greater on Friday January 14 because after once again holding out on top at Munster, the Tarnais fell (13-16) at the end of the suspense and see a potential qualification move away.

In difficult conditions, on an almost frozen ground, the time was not for great flights. Caps screwed on the ears, plump down jackets on the shoulders in the stands and on the backs of the coaches, the players were dressed in a thick mist sign of the icy atmosphere which enveloped this confrontation. Despite the many kicks that punctuated the start of the match in response to these conditions and the few forwards conceded by numb hands, it was the Castres – despite being used to offering a more minimalist game – who marked the spirits while trying to pack the meeting against the Irish European ogre.

Admittedly, the actions were disjointed and the Tarn only led 7-3 at half-time, but aggressive in defense, they were not content to send their forwards to coal. For example, a penalty played by hand 5 meters from the opponent’s in-goal rather than an attempt to take points against the posts, a raise within 5 meters of the back Larregain, executioner of four defenders, or again the shattering breakthroughs of winger Nakosi (38th). A commitment justly rewarded by the test of Larregain on a pass at the foot of Botica (28th).

For its part, the Irish machine shaken like its young opener Crowley (22), roughly tackled – but in the rules – twice by the Castres defenders, who opened the scoring before starting to whine. The cunning of Kockott, the balls stolen into touch with Pieterse have long kept Munster under pressure. But the Castres did not manage to take shelter, which the three-quarter center Thomas Combezou regretted at the end of the meeting.

On the last scrums, we have to produce another rugby, succeed in concretizing, try to get a try, it’s a shame. We were there for 78 minutes, but the big teams don’t give up and we paid dearly for it tonight.

Sometimes overflowing with a little too much generosity in defense, Benjamin Botica’s teammates offered a few penalties on the ground that Crowley did not fail to concretize (3/3). The number 8 of Munster, Coombes went to plant a try in force by spreading out from his two meters to knock out brave Castres one breath from the end, thus recalling the realism of the big teams. With three defeats in as many games and three defensive bonuses, the Tarnais are not mathematically eliminated. Nevertheless, their fate has definitely slipped through their fingers.