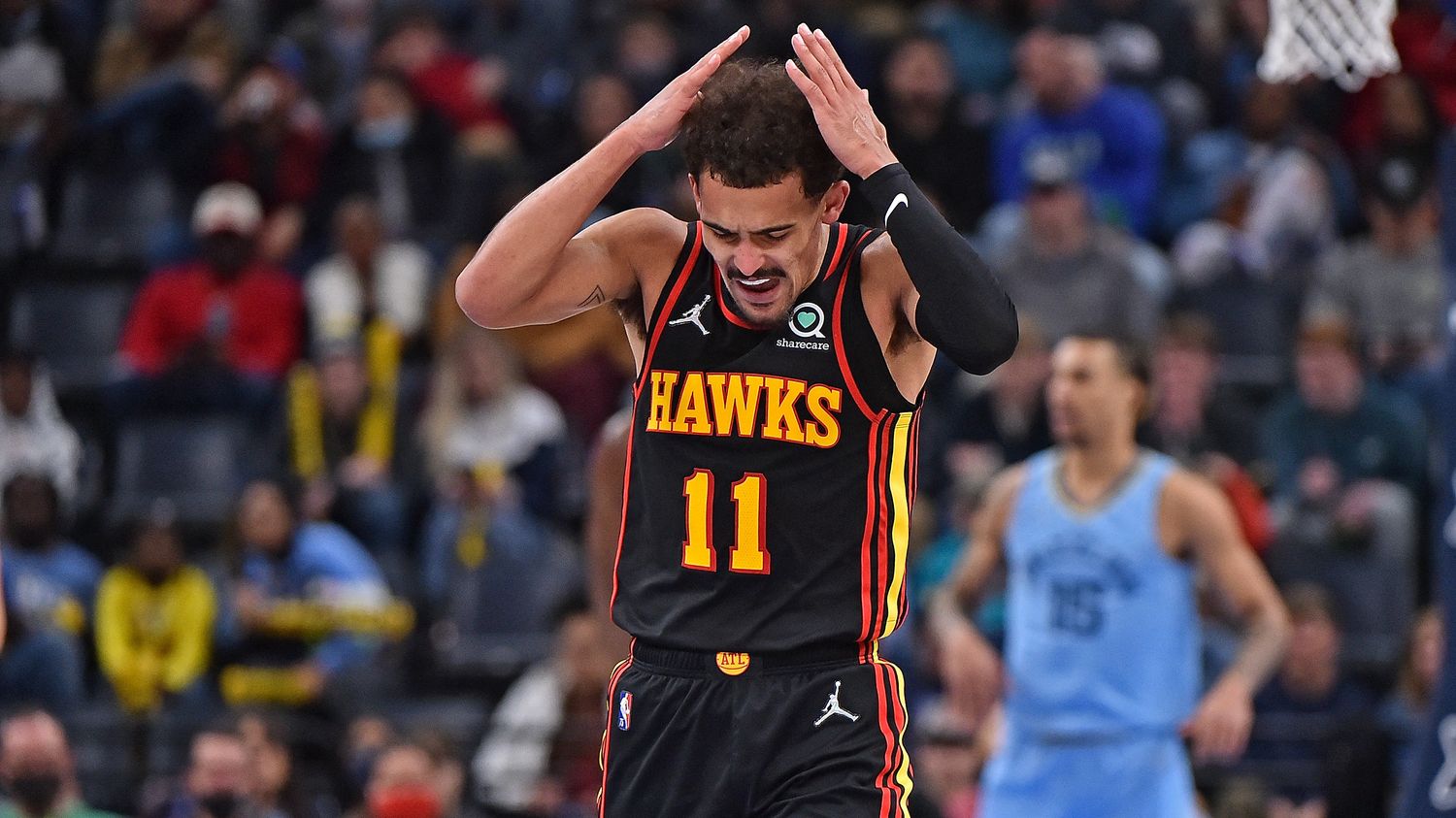 Wednesday in Chicago, Trae Young could almost have believed that he had been transferred, or that he had not woken up from a funny dream. The Atlanta Hawks star has taken full account of the reality of Covid-19 and its handling by the NBA, the North American basketball championship. “I came to shoot some shots this morning, and I didn’t know the majority of my teammates. We have three quarters of the team on the flank.“In an anecdote recalled after a defeat of his family against the Chicago Bulls, the playmaker has said a lot about the daily life of a championship whose contours we no longer really recognize. know what the end of the tunnel could be.

To avoid a prolonged break like the NHL, the North American Hockey League, or as it itself experienced in the heart of the first wave of Covid-19 contaminations, the NBA has only one goal, The show must go on. Its leaders have insisted throughout December that the situation is under control. “We are obviously studying all the options but, honestly, we are having trouble finding the logic that would push us to press pause., explained the president of the league, Adam Silver to the ESPN channel on December 21. We see the explosion of cases in the country now. We knew what to expect in recent months, namely that this virus would not be eradicated and that we had to learn to live with it.“Even if that means having, like Trae Young, needing to widen your eyes a little when reading the roster.

“I came to shootaround today not knowing most of my teammates.”

Trae Young discussed the Hawks having to play last night’s game with only three players from the Opening Night roster. pic.twitter.com/8WMB4wsGFB

The NBA has imposed a strict regime, and never seen in the biggest sports competitions, to continue playing despite the explosion of cases linked to the Omicron variant. The protocol thus requires that any player positive for Covid-19 or case of contact is placed in isolation (reduced since December 28 from ten to six days for vaccinated and asymptomatic players) and that he can be the subject of an exceptional replacement. The league has thus created its own “CDD of use”, a ten-day contract – a test format that already existed before in the regulations – until a player is in the now famous “health and safety protocols” .

With 133 players confined at the time of these lines, 13 just for Trae Young’s Atlanta Hawks, the teams are piling up the patches. They have no choice but to play matches, as long as they have eight “healthy” players. And to avoid the accumulation of match postponements, like Top 14 or European football, the NBA forced the franchises to use these substitutes at a moment’s notice: a mandatory joker as soon as two players are isolated, three when four or more players. are unavailable.

The games played every two days on average, sometimes two evenings in a row, force the teams to be reactive in their search for substitutes. The development league of the NBA, the G League, which normally allows mainly young players to have playing time to progress, has become a breeding ground for filling gaps in the workforce. If for some, the doors of the “Big League” were already close, for others, this makeshift springboard is an unexpected windfall to show itself. For the legibility of the game sheets and sporting fairness, we will come back. But who wants the end (of the season) justifies the means.

This last-minute solution allows for some revelations, and its share of anecdotes for the story. Like that of the Toronto Raptors, stopped in the middle of the take-off runway before flying to Chicago on December 21, waiting for the players called in for backup a few minutes earlier to join the plane … For a match that will finally be postponed a few hours later following new positive cases within the Canadian team. The sudden arrival of these players also creates a risk of contamination, the substitutes of misfortune sometimes arriving after several flights, as many passages in the airport and mixing in busy areas during these holiday periods.

Another unforeseen consequence, these various absences and the health measures of the NBA penalize all the teams, of course, but in varying proportions. Those who were among the most active during the offseason have little time to cultivate their collective automatisms. “Tuesday, we were able to do our first training all together for the first time in a long time, insisted LeBron James. We must have had ten training sessions since the start of the season, between injuries, the Covid, the protocols… This is not enough.“

In this permanent improvisation, teams sometimes see former NBA players as “safe havens” to meet temporary needs. At the end of their career, missing from the radar … Several players have returned to the championship after a sometimes long absence. Joe Johnson, absent from the courts since April 2018, was called up by the Boston Celtics, a team for which he had started his career twenty years earlier. Struggling with a serious hip injury that cut him short at the height of his career, Isaiah Thomas attempted a new comeback, with a first ten-day contract for the Los Angeles Lakers, then a second, this time with the Los Angeles Lakers. Dallas Mavericks. Signed by Minnesota on December 28 after the last two seasons in Europe, Greg Monroe became the 541st player to hit the court since October, a record of players having participated in a season … Which is not in its half.

Some glories have fun, like Chris Bosh, a former star retired since 2017 and who preferred to laugh at the idea of ​​reliving his best hours at the announcement of the signing of his former teammate Mario Chalmers to the Miami Heat. The two friends had been crowned champions with the Florida franchise almost ten years ago (2012, 2013). LeBron James preferred to be ironic about the situation, and the difficulties of his Los Angeles Lakers, by calling on Metta World Peace, ex-player of the 2000s and 2010s who became a TV consultant, to come and lend him a hand. “I wish I was ready for a ten day contract, but I’m not, laughed the fierce 42-year-old defender. I am however ready without problem for a ten minute contract.“That’s all it takes sometimes to have the second chance of your life, in the midst of a pandemic.