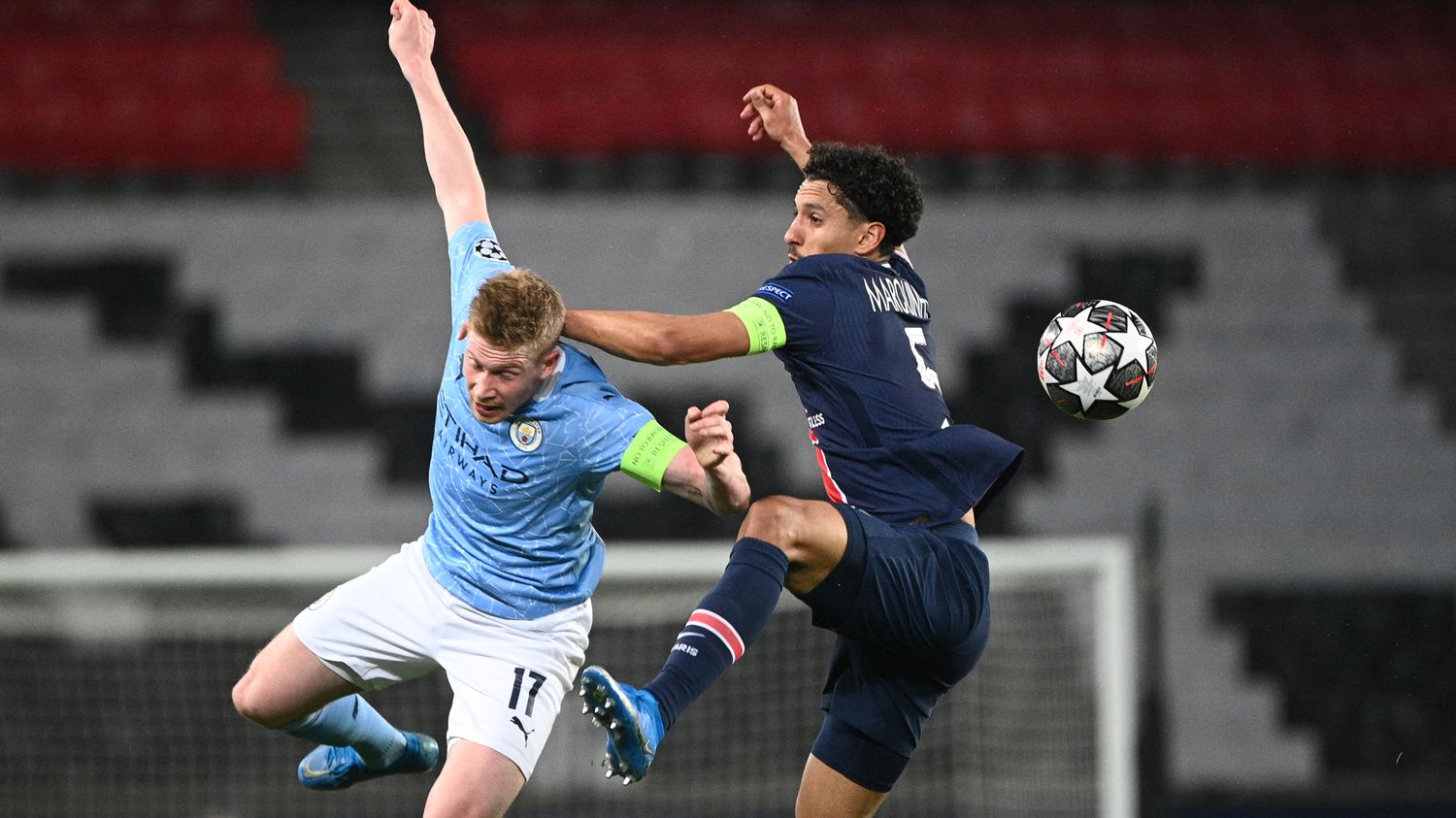 After their defeat in the semi-final first leg of the Champions League against Manchester City, the players of Paris still believe in their qualification.

The defeat against City (2-1) was difficult to digest for the PSG players, aware of having suffered when they returned from the locker room. “We were too far behind in the second half, against a City team who were more aggressive and who played higher. We couldn’t counter them well.”, reacted at the end of the meeting the Brazilian captain and author of the Parisian opener, Marquinhos.

For Riyad Mahrez, author of the second Mancunian goal, the Citizens were lucky but were able to take advantage of the small Parisian form. “Myself, my free kick goes between two players. We weren’t very good, but neither did Paris. We were clearly not at the top on our side but we won 2-1. It stays open. “ Pep Guardiola, the Mancunian coach, for his part congratulated the performance of his players. “We were able to move the game and come back to Manchester with a good result. We haven’t changed much: we just told them to play football. If you let Verratti, Paredes, get in touch with Neymar, it’s over. We didn’t let them breathe afterwards. “

The two goals conceded in seven minutes hurt the Parisians. “We took two stupid goals. These are details, but it’s the Champions League, you have to manage those details better, estimated Marquinhos before relativizing. We are really close and there is no doubt now. “

Of “details”, a term also used by the Parisian coach : “We conceded two goals on details. And just before their second goal we should have scored the second. Maybe at 2-0 it would have been a different game. But let’s not draw too many conclusions on this match that was played on details “, said Mauricio Pochettino, who preferred to highlight the incredible efforts of his players and look to the second leg. “We didn’t concede a lot of chances, the game was balanced. We really believe we can do something special there. [au match retour]. We have to believe it, because if it doesn’t, it will be difficult to go out there and aim for a place in the final. “