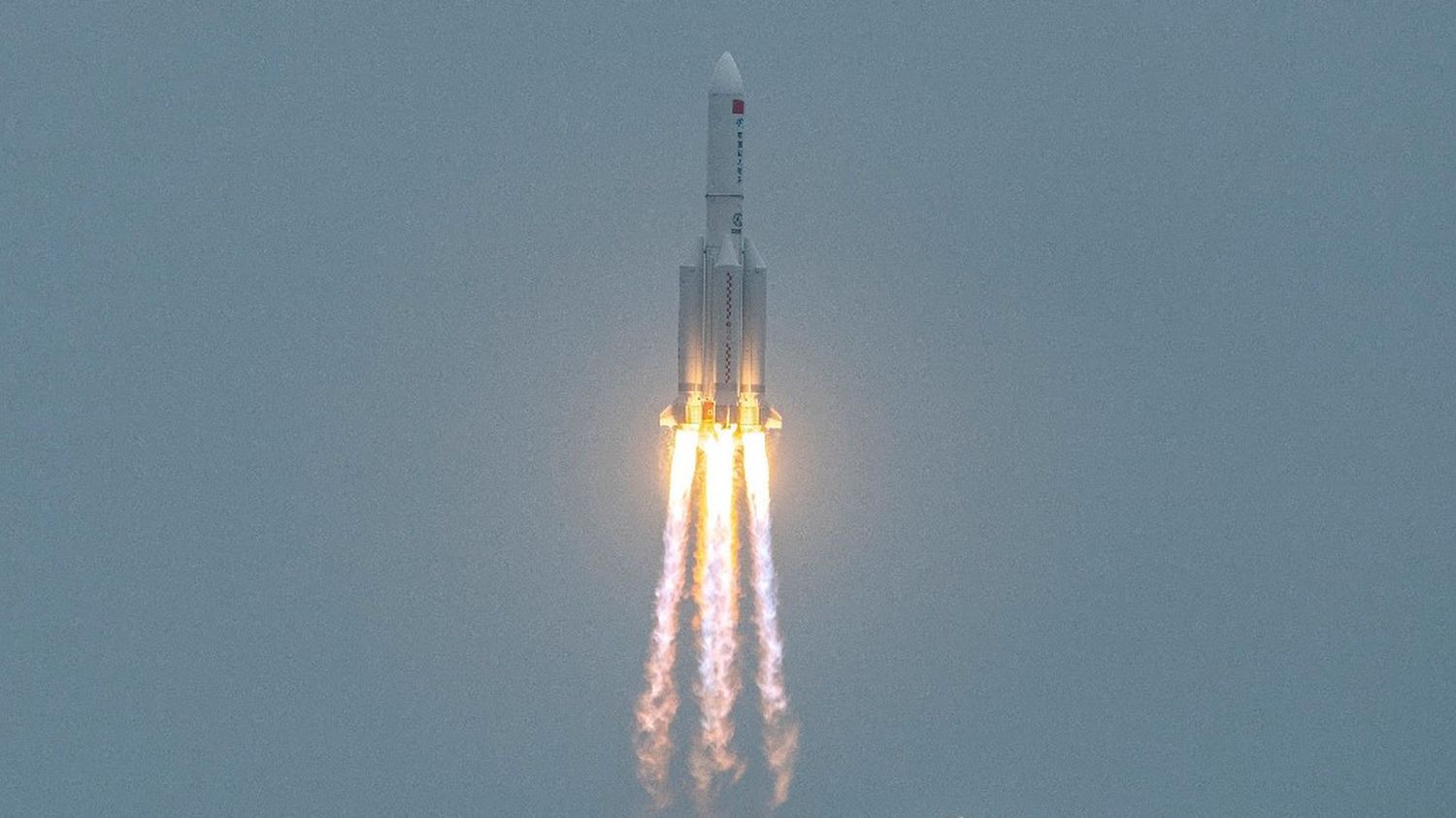 The first stage of this rocket, still in Earth orbit but which is gradually losing altitude, is due to fall to Earth this weekend. The point of impact is currently difficult to predict.

A risk “extremely weak” for Earth. China called on Friday, May 7, not to worry about the fall from space of one of its rockets, assuring that it should largely disintegrate in the atmosphere. Beijing last week launched “Tianhe”, the first of three elements of its future space station. The launch was carried out with a Long-March 5B carrier rocket, the most powerful Chinese launcher. It is the first stage of this rocket, still in Earth orbit but which is gradually losing altitude, which must fall to Earth this weekend. The point of impact is currently difficult to predict.

The United States said this week is tracking the launcher. They do not rule out the hypothesis that the debris crashed into an inhabited area. “According to the latest estimates I’ve seen, it’s scheduled for the 8th or the 9th” May, said Lloyd Austin, the US Defense Secretary. “We hope she falls somewhere where she doesn’t harm anyone, in the ocean or somewhere like that.” If pieces of the rocket remain intact after entering the atmosphere, there is a good chance that they will be damaged in the sea because the planet is 70% water. But they could also crash into an inhabited area or into a ship.

These statements have helped fuel concerns. And after a long silence from the Chinese space and diplomatic authorities, Beijing finally reacted on Friday. “The majority of the components [de la fusée] swill be burned and destroyed when entering the atmosphere, assured a spokesperson for the Chinese Ministry of Foreign Affairs. The likelihood of causing damage to aviation activities or [aux personnes, constructions et activités] to the ground is extremely low. “