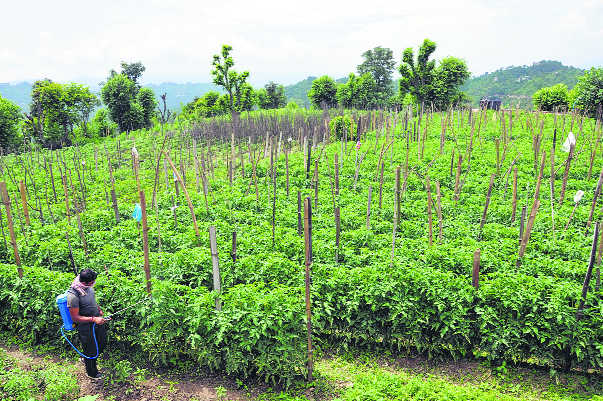 Farmers rights and digital rights organizations have expressed “grave concerns” over the Centre’s proposals on agri-digitisation”, pointing “fundamental problems” with the process being followed by it to “push digitization in the agriculture sector”.

Urging the government to not rush into the “IDEA” proposals, the group of 91 organisations, in fact, also asked it to “withdraw the MoUs already signed with companies like Microsoft, Amazon, Star Agribazaar, ESRI, and Patanjali”.

The Agriculture Ministry consultation paper on IDEA (India Digital Ecosystem of Agriculture) Transforming Agriculture was put in the public domain on June 1, seeking feedback by June 30.

Organizations, including ASHA Kisan Swaraj, BKU (Tikait), Internet Freedom Foundation, IT For Change, working on agricultural issues and digital rights, in their letter to the Ministry flagged “fundamental problems” in the process being followed by the Center “in pushing digitization in the agriculture sector”.

They claimed that the major issue is the fact that “the proposed database is to be built on digitized land records, which are far from perfect even in the case of land-owning farmers and will exclude entire categories of landless farmers”.

“Further, these far-reaching proposals with farmers’ data, being pushed in the name of farmers are being planned in the absence of appropriate legislation in the form of a data protection law.

“The response also highlighted the fact that there are no regulatory mechanisms planned to prevent the economic exploitation of the farmer in the ambitious digital ecosystem which, among other things, seeks to create online marketplaces for farmers’ produce, nor clear accountability mechanisms,” they said.

Pointing to the lack of farmer representation in the existing task force or in the governance framework of IDEA, they said “linking financing for state governments to the adoption of this initiative as proposed in this draft is highly problematic too”.

“The MoAFW recently signed MoUs with several corporations, including Microsoft, Amazon and Patanjali, to start implementation of concepts being proposed in the paper. It is unclear on what basis these entities were chosen, and why the pilots should have started before public consultations,” the group said, demanding that the implementation of these MoUs be “immediately stopped until more extensive consultations take place on these developments with farmer groups to understand their requirements and concerns”.