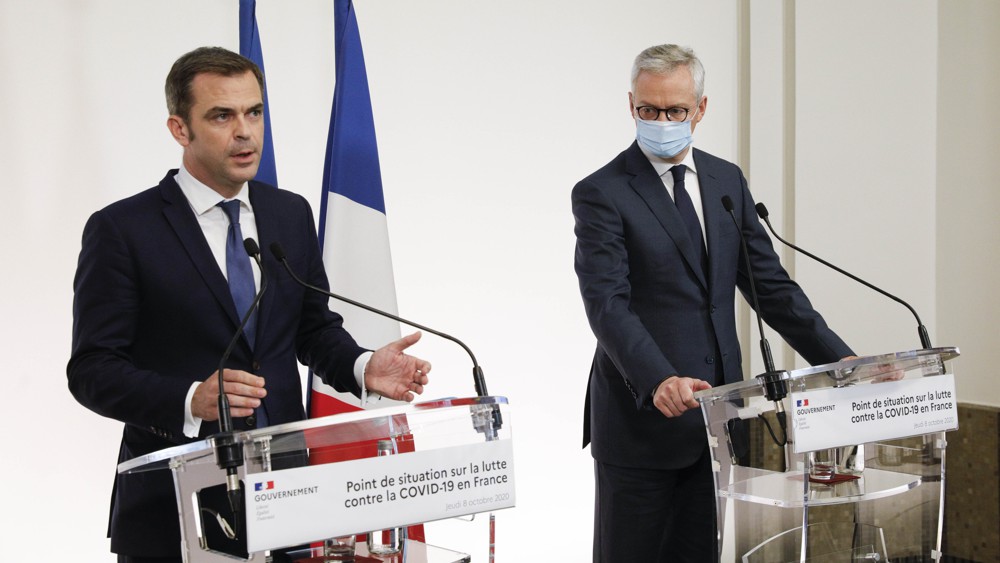 How long before the device is reinforced again? Less than two weeks after the first announcements, the government has once again reviewed the safety net put in place to help economic sectors directly affected by the tightening of health standards. “We will continue to protect employees and businesses as long as the crisis is here. And we will continue to adapt the devices to the health situation and the constraints that may result for the economic world ”, explained Bruno Le Maire, the Minister of the Economy, during the press conference held jointly Thursday, October 8 with his health counterpart, Olivier Véran.

In detail, the executive has decided to use the three levers that are at its disposal, namely short-time working, exemptions from charge and the solidarity fund. Regarding the latter, set up in the spring to help SMEs and the self-employed, the list of companies that will be able to use it – until now focused on those in tourism, events, culture or sport – will be enlarged.

“I think of florists, laundries, booksellers on the quays of Paris, I think of tableware or graphic designers”, explained Bruno Le Maire. About 75,000 new businesses would thus be eligible, while 150,000 are already. “The new activities concerned can benefit from the solidarity fund for the October losses”, we specify at Bercy. In addition, the size of the companies concerned will be enlarged: the solidarity fund was previously reserved for companies with less than 20 employees, the threshold will be extended to 50 employees.

All will therefore be able to claim new aid package of 10,000 euros per month announced at the end of September by Bercy. It was then specified that this would be reserved for companies that were administratively closed or whose turnover had fallen by 80%. This 80% threshold was deemed too high by several sectors and the Medef.

In response, Bruno Le Maire announced Thursday October a slight decrease in this threshold, to 70% loss of turnover. Companies having lost 50% of their income will be able to continue to claim the envelope of 1,500 euros per month. At the beginning of October, the government had consumed “More than 6 billion euros” out of the 8 billion budgeted for the solidarity fund.

Another lever, Bercy will relaunch the social security tax exemptions that had been granted in the spring. All businesses that are administratively closed or those that have lost 50% of turnover after the imposition of time restrictions will be entitled to it again until the restrictions are lifted.

In addition, all professions added to the list eligible for the solidarity fund will be entitled retroactively to exemptions from social charges for the period from February to May. A substantial gesture for interested companies.

Finally, Bruno Le Maire recalled that companies in the tourism, events, culture or sport sector will always be able to benefit from a partial unemployment for their employees covered 100% by the State until the end of 2020, measure announced at the end of September.