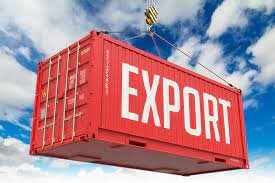 New Delhi. The result of the improvement in the situation of Corona epidemic in the country and the world is clearly visible on business, trade and exports. Due to the efforts of the Central Government in this direction, the trade imbalance of the country has now started to be balanced. One proof of this is the increase in exports from the country. The Government of India has released an estimate today, under which the country’s exports have registered a huge increase as compared to the previous year.

The Government of India has today informed that India’s total exports in September 2021 are estimated at US$ 54.06 billion. This estimate includes merchandise and services combined. The government said that according to this estimate, there is a possibility of an increase of 21.44% this year as compared to the same period last year (September 2020). Similarly, this year (September 2021) shows a growth of 26.03% as compared to September 2019, which was corona free and the period before the start of corona pandemic.

Also read this news: Science does not even have the answer to these things in the world?

Explain that the government has estimated the total imports to be US $ 68.49 billion in September 2021. Thus, having a trade deficit of only US$ 14.43 billion in this period is a very good message for India.

The close proximity of the import and export figures indicates an improvement in India’s trade balance. Let us tell you that the central government has come up with many incentive schemes in the last few years to promote exports. At the same time, the focus is also on the quality of the exported goods.