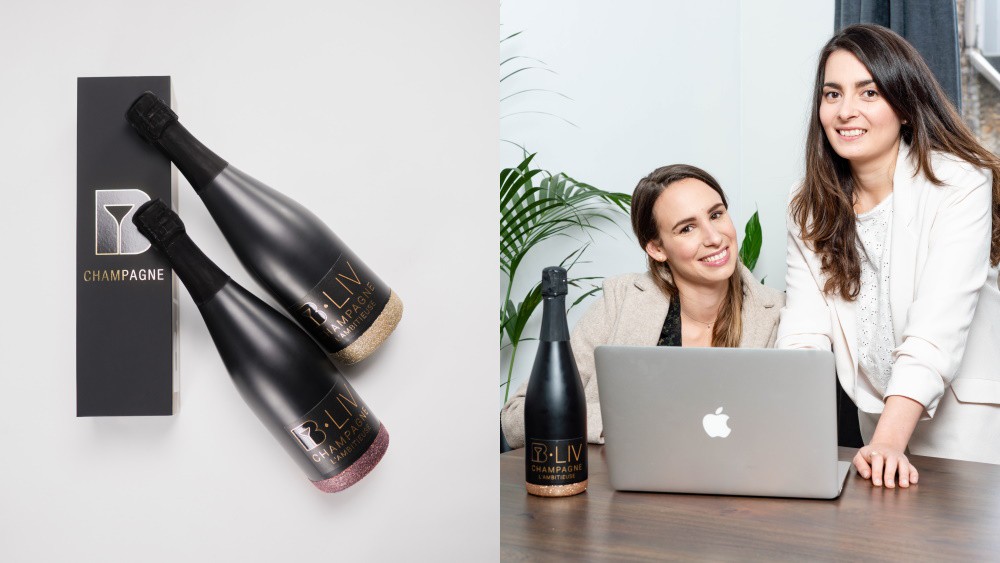 In B.Liv Champagne, it’s an understatement to say that 2020 has been an eventful year. Champagne wine brand launched in 2015 in Marne (51) by Armonie Bellepeau
Hook and her winemaker friend Estelle Hecht, it originally sold its bottles to companies organizing events.

With the Covid-19 crisis, the company’s turnover has become almost zero. The two entrepreneurs therefore decided to pivot to convert to e-commerce as well as sales to the general public (BtoC). A change of direction which required the contribution of new skills in online marketing, communication and web development. But the investment was worth it: after three months, the start-up managed to achieve the turnover it had lost in 6 months.

Rather than renting offices to house them, the founders preferred to continue operating remotely. From London, Lyon, Paris or the south of France… new recruits are 100% teleworking. Without a fixed office, the small team thus formed, 7 people including female leaders, uses now well-known collaborative tools (Slack, Google Meet and Notion).

In this context, the management by project and by result is the only possible way. A large amount of autonomy is given to the 5 employees who manage their schedule freely but within a well-defined framework. A “general” videoconference is organized twice a week. ” On Friday evening, we take the to-do lists of each and we establish the missions for the week to come », Explains Armonie Bellepeau Crochet, based in Lisbon, while her partner is near the vineyards in Reims.

The other meeting everyone is invited to, the Monday meeting, is a sort of “creative brainstorming”. To this are added weekly points of several hours per subject, in a smaller committee. Tuesday afternoon is devoted to brand communication. On Thursday afternoon, customer acquisition is scrutinized.

The health crisis is receding but returning to face-to-face, at least in part, is not at all in the company’s plans. Just concedes the organization of physical seminars on a monthly or bimonthly basis from next fall. ” Beyond the daily tasks of each, the objective is to communicate our global vision to embark the group in an ambitious project “, Argues the co-founder.

Precisely, a fundraising of 500,000 euros is in preparation in order in particular to accelerate in the United States, an objective already integrated by the brand. No coincidence that the name and visual identity are inspired by the codes of luxury across the Atlantic!

To carry out this roadmap, the Champagne company intends to rely on a ” community ”of 10,000 people (customers, subscribers on social networks or to the newsletter) of which 10% are based in the United States. Born on the Internet, B.Liv Champagne does not neglect physical commerce, complementary to “online”. In a few months, she hopes to be referenced in a twenty points of sale in France.