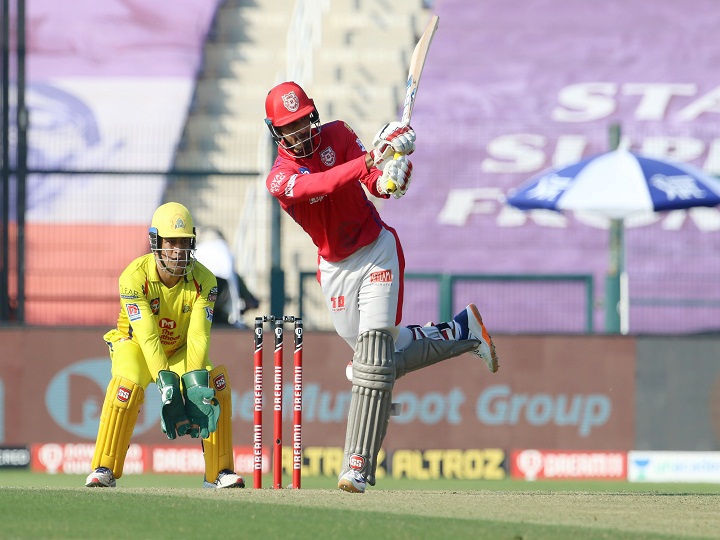 CSK vs KXIP LIVE Score: Chennai Super Kings will play their last match in the 13th season of the Indian Premier League (IPL) at the Sheikh Zayed Stadium on Sunday. The three-time champions will face Kings XI Punjab. Chennai have already been eliminated before the playoff race, but they have spoiled their math by defeating Royal Challengers Bangalore and Kolkata Knight Riders in their last two matches. Punjab have to be careful with Chennai to go to the playoffs.

Surely Punjab has the option to win, but it will also have to try to win with better net run rate only then its playoff claim will be strong. At this time, Punjab are in fourth place with 12 points with six wins and seven defeats from 13 matches. She was defeated by Rajasthan Royals on Friday and now if she wins the match against Chennai, then she will be able to reach only 14 points. In such a situation, the net run rate will be important because the rest of the teams can also start the end of the league stage with 14 points.

After the defeat against Rajasthan, it is almost certain that Punjab could hardly qualify for the playoffs without a better net run rate. Therefore, it is important for Punjab to win big against Chennai. This is possible because Chris Gayle has returned to his stormy style. He also scored 99 runs against Rajasthan. Even before this, he has shown his form. Captain Lokesh Rahul is in form from the beginning. Whether or not Mayank Agarwal will play against Chennai will be clear tomorrow.

Apart from all these, Nicolas Puran is another batsman in the team who can score according to the need of T20. In bowling, Mohammed Shami, Arshadip Singh and Chris Jordan will now have to play more responsibly. Efforts will have to be made to return the Chennai batsmen, especially the upper order, to the pavilion early. The pair of Ravi Bishnoi and Murugan Ashwin have the power to do this easily with the middle order. This is the time for Punjab when its players make extra efforts to ensure a big win.

This is also the last match of the league stage for Chennai. The winner of the three-time goal will be to save self-esteem, to end the league with a win. The kind of batting that Rituraj Gaikwad has done in the last two matches has been successful in winning the team. Faf du Plessis did not play in the last match. Shane Watson was back. Watson has been able to score only on one or two occasions. It will be interesting to see if Dhoni will play with Kiss-11 in the final match. In bowling, Deepak Chahar and Shardul Thakur’s name is confirmed. Sam Quran is also scheduled to play. The rest and which players wear the jersey of Chennai in the last match will be known only on the day of the match.