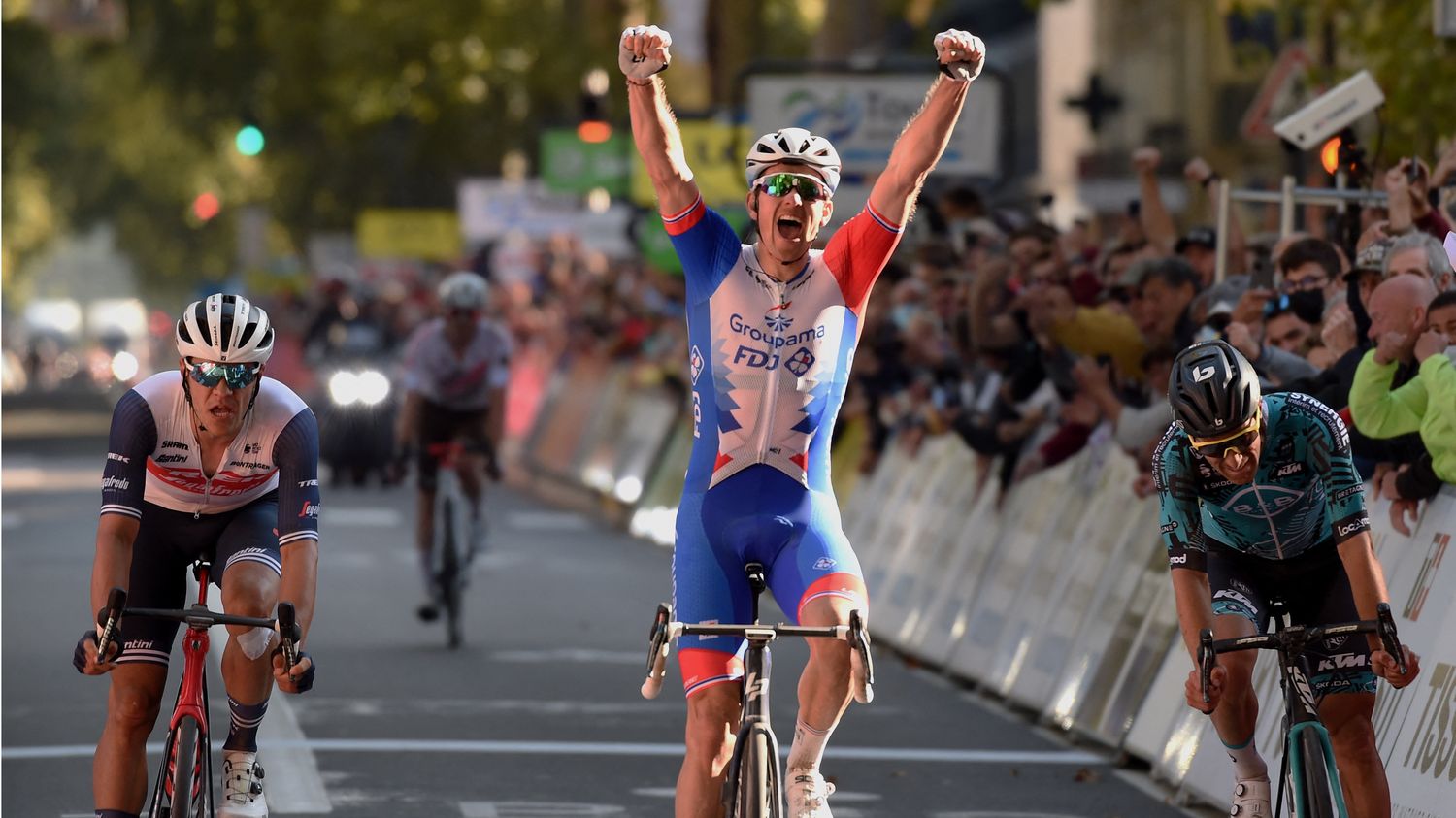 The Frenchman signed on Sunday his first victory in the other “Classic of dead leaves”.

The suspense lasted until the last few meters on the Paris-Tours road, Sunday, October 10, between the leading duo and the first chasing duo. Arnaud Démare (Groupama-FDJ) and Jasper Stuyven (Trek-Segafredo) returned in the last moments to Franck Bonnamour (B&B Hotels p / b KTM) and Stan Dewulf (AG2R Citroën Team), before the Frenchman launched and won the sprint. He was ahead of his compatriot Bonnamour, while Stuyven grabbed third place.

The last 50 kilometers were marked by several attacks in the vineyards. A leading trio was detached 30 kilometers from the finish, made up of Franck Bonnamour, Frederik Frison and Stan Dewulf, chased by the peloton led by the Trek-Segafredo and the Alpecin-Fenix. A counterattack group was interposed, with Valentin Madouas and Arnaud Démare in its midst. At the same time, Casper Pedersen, the winner of the previous edition, was left behind.

All these movements had prompted other riders to restart the pace in the peloton, closing the gap with the three fumbles. Frison was then the victim of a puncture, leaving Bonnamour and Dewulf alone in the lead, while Démare came out of the block with Stuyven, in pursuit of the leader. The two men did not stop until the finish line, joining the leading duo after the red flame, before the Beauvaisien won and won his ninth victory of the season.