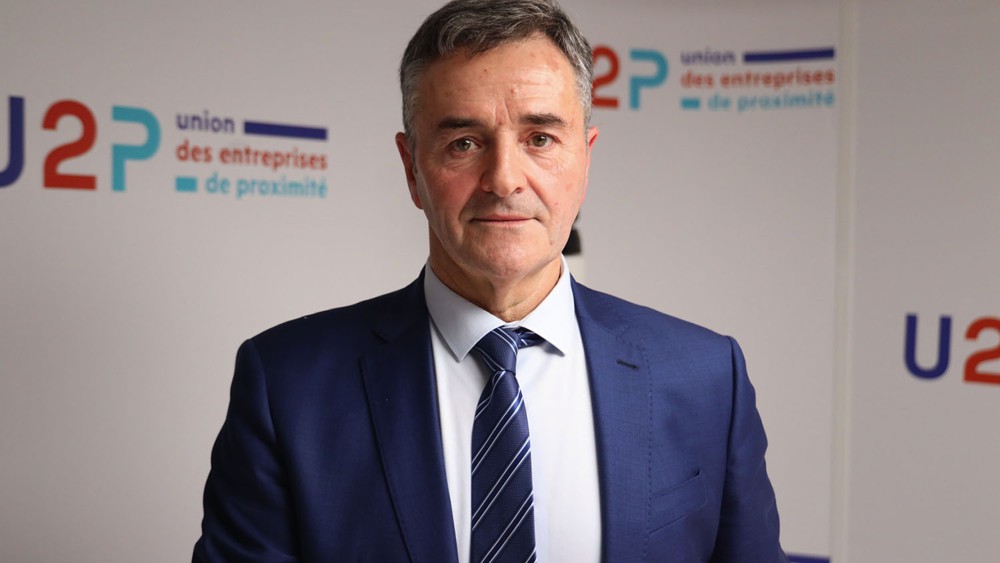 What is your assessment of 2020 for local businesses?

The latest publication of our barometer carried out with the Xerfi Institute shows that seven out of ten companies have been affected by the crisis, with an average decrease of 25% in their turnover. This observation hides a great disparity. The building was able to resume fairly quickly with all the necessary precautions on the sites. Cafes, hotels, restaurants, events, entertainment or tourism are totally damaged.

During the second confinement, the shutdown was more limited: one in five companies closed, against one in two in the spring. But the constraints have increased, for example with lowered gauges in small businesses. Furthermore, a third of Liberals were hit hard in the fourth quarter, while it had not gone too badly in the spring. I add the mountain sector in the broad sense, which is very affected for all activities. The Prime Minister has assured us that he will be the subject of specific measures. They are essential.

In this context, the good news is that the local food trade is not doing too badly, with figures equal to or higher than those of 2019.

Late payments are affecting small and medium-sized businesses. Is this a source of concern or a passing consequence of the current situation?

It’s not a surprise but it worries us all the same. It is necessary to distinguish according to the typology of the companies, and in particular to look closely at the case of companies with less than 50 employees. The rise in payment delays for SMEs is an alert. It shows that it is necessary to strengthen measures to support the cash flow of small businesses.

Within the scope of the U2P – crafts, local commerce and liberal professions – 43% of companies have subscribed to an EMP, 70% of which have used all or part of it. Some have already started to repay, others will have to do it a little later, depending on what they have decided. The problem is thatthey are asked by their bank to make an irrevocable decision! In view of the current uncertainty, we are asking for flexibility from the banks. It should also be possible to extend the repayment period over a longer period, even if European state aid regulations prohibit going beyond five years.

Are the risks of bankruptcy increasing?

The Xerfi barometer shows that Around 3% of the 3 million businesses in our scope plan to close in 2021 ! That is 90,000 companies representing 250,000 workers, business leaders and employees. It’s worrying. We are on a ridge line. Paradoxically, there were fewer cessations of activity last year, around 30% less than usual. This sounds positive at first glance, wrongly. When we stop being on a drip, how will we deal with businesses that unfortunately should have stopped since the crisis? We must avoid sinking into the doldrums, if we do not want to destroy all the efforts and support put on the table by the State.

How to do exactly when the Covid continues to impose its tempo on the government?

Like a bedridden patient who receives a visit from the doctor every day to adapt the treatment and, once the disease is over, goes into a period of convalescence. At the end of the crisis, we will have to continue to support companies, all those that are viable, on a case-by-case basis. The story will not end once the population is fully vaccinated. This is what we are telling the government.

What is the morale of local business leaders in this context?

He is fragile. When you start a business, it’s to work. To be deprived of it, even for reasons that we understand, is mind-boggling. The situation could have changed during the second confinement when we spoke of essential businesses versus non-essential businesses. I lived it for the Ile-de-France region. Everything was done – at the last moment – to stem the sling that was mounting. At the same time, it should be noted that we see many gestures of solidarity in small businesses, such as this baker who helps the elderly in their efforts to access vaccination.

The president of Medef wants to open negotiations on eight subjects with the unions at the national level. What do you think of this initiative?

During my recent exchanges with the President of Medef, I subscribed to the principle of an agenda specific to the social partners in order to prepare for the changes that are necessary for companies and the country. The U2P will insist on the fact that inter-professional social dialogue must make life easier for companies to unlock their potential for creating wealth and jobs, and will want the VSE-SME dimension to be taken into account in this work.

The Minister of SMEs and former President of the U2P, Alain Griset, spoke of a kind of unemployment benefit for the self-employed in the event of loss of activity. Are you in favor of it?

There will be breakage, that’s for sure but U2P continues to oppose an unemployment benefit type measure for the self-employed (which already exists since 1er November 2019, NDLR). The unemployment insurance system must remain insured. This does not exclude the creation of time-limited aid to help revive.

Overall, is there a lack of other support measures from the state?

We lack clarity on state aid. All of these measures have end dates that the government regularly pushes back. This is the case, for example, with bonuses for the hiring of apprentices – 5,000 euros for minors, 8,000 for adults – which end on March 31. Result, some employers do not consider recruiting beyond. We have asked that they be extended until December 2021. The Minister of Labor is in favor, but refers to an inter-ministerial arbitration which has not yet taken place.

Has the rent problem been resolved?

They will be fully supported in shopping centers over 20,000 square meters. It is more difficult for businesses that are not located in these shopping malls because very often the rent constitutes a necessary resource for the owner. The solution involves a constructive exchange between the tenant and the lessor.

The Ministry of Labor wants to conclude the consultation on the reform of unemployment insurance at the end of February beginning of March. Do you think it is possible to avoid a bonus-malus which concerned companies with 11 employees and more in the initial version?

This bonus-malus is not suitable for our companies. Those of our members who have more than 10 employees may have to hire temporarily on short contracts, seasonal workers for example. This system induces a large number of perversities, particularly in terms of thresholds. And then how to set a reference period to measure the hiring behavior of hotels, cafes or restaurants when they are closed? Instead of a bonus-malus, it is necessary to initiate discussions on short contracts at the level of the professional branches.

Alain Griset is preparing a plan for the independents at the request of Emmanuel Macron. What are your main proposals?

We will deliver them by March 15th. Beyond the recognition of our essential role in the territories, it concerns in particularact for the protection of the personal assets of the self-employed in the event of bankruptcy. On the social protection side, they must have the same rights and the same duties as every citizen, without increasing contributions. There is also a major subject in terms of training: each year, only 5% of business leaders are trained. We must do more because in our professions continuing education is absolutely essential. I would add that it is necessary to facilitate and secure the transfer of businesses. Today, it is more interesting to create one, which leaves too many competitive companies abandoned.