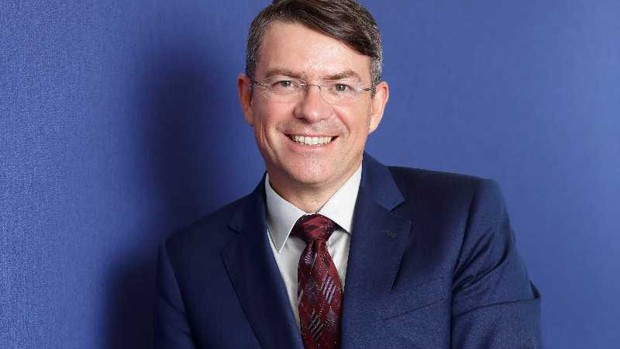 When he arrives in the cafe de Flore room at 8 o’clock in the morning, David Gurle, the alert step, jeans and dark polo shirt, blends easily into the decor among the few tourists seated on the red benches. But this “global nomad” also feels at home in Dubai, his future place of residence, and in Silicon Valley where he lived for twenty years.

In Paris, this Frenchman, serial entrepreneur, came to announce the first funding round, 7 million euros, of his new start-up, winter. After founding Symphony, a messaging service for the finance sector, this time he wants to shake up the world of the “cloud”.

Unlike traditional storage platforms, Hive, he promises, uses the untapped resources of peer-to-peer computers to create a decentralized tool. This fifty-something, who was notably a pioneer of voice over IP, has nothing to prove. But David Gurlé considers himself “frustrated” to always see the Internet under the thumb of Gafam. “These North American giants have a mantra of ‘the winner takes all’. But their hegemonic position is to the detriment of the interests of users. Hive wants to offer the public control of data in a secure and private environment, ”he summarizes, in a hurry to propose an alternative model.

The Gafam and their leaders, David Gurlé knows them by heart. Was he not at the beginning of the 2000s, a close adviser to Bill Gates? “A man of incredible curiosity, endowed with an enormous capacity for absorbing information. Doped with Diet Coke, he could trade four hours in his office if you could teach him something, ”recalls the Frenchy entrepreneur.

After six years leading the commercial strategies of Thomson Reuters, in New York and Singapore, he joined the top management of Skype in 2010. Then, two years later, flew on his own, successively founding Perzo and Symphony which he left the direction last year. “It’s a regret: I could have started my own business earlier but I was afraid of losing everything,” he confides.

However, this father of two boys has proven his thirst for risky bets. “He is a born engineer and creator, eager for major technical challenges and he works intensely to overcome them,” reports Tom Glocer, executive chairman of Morgan Stanley, investor in David Gurlé’s companies for twenty years.

A mother in counterintelligence

Born in Istanbul to diplomatic parents, French father, British mother, he spent his childhood in Beirut then in Damascus before arriving in Cannes at the age of 14. From this international education, he retains a slight English accent and some striking memories. Like the day when detonations abruptly interrupt his games at the Holiday Inn Beirut swimming pool. “For a few minutes, everything froze. Then when silence returned, everyone resumed their activities, as if nothing had happened. I learned to relativize! »

On the death of his mother, he will learn in an obituary in the “Times” that she officiated in the British counterintelligence services. Perhaps he inherited from her his ability to adapt to all terrains?

After a science baccalaureate, he tries to become a fighter pilot. Alas! Because of his myopia, the Air Force school fails him. The “Top Gun” fan will eventually study as a telecommunications engineer at Esigetel. From his father, a Dominican priest before becoming a diplomat, he will learn frugality. “With Hive, I could have raised more money. But I prefer to use the funds for essential areas,” he said. His father will also instill empathy in him. No coincidence that he travels 260 days a year. Fortunately, he says, not very sensitive to “jet-lag”, he touches on all subjects by putting himself in the place of his interlocutors… wherever they are.