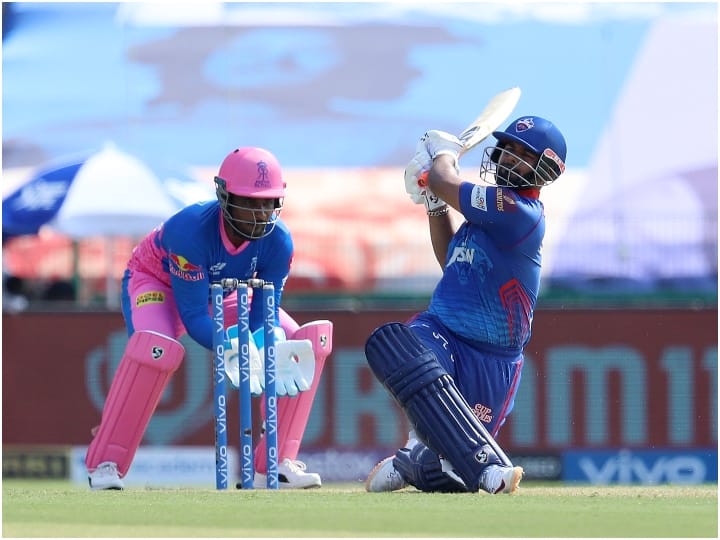 Delhi Capitals vs Rajasthan Royals: In the 36th match of IPL 2021 being played at the Sheikh Zayed Stadium in Abu Dhabi, Delhi Capitals has given a target of 155 runs to Rajasthan Royals after playing first. Electing to bat after losing the toss, Delhi did not have a good start, but Shreyas Iyer, Shimron Hetmyer and captain Rishabh Pant played useful innings to take the team to a challenging score. On the other hand, Mustafizur Rahman and Chetan Sakariya took two wickets each for Rajasthan.

Earlier, after losing the toss and opting to bat first, the start of Delhi Capitals was not good. Opener Shikhar Dhawan, running in excellent form, could only score eight runs in eight balls with the help of a four. At the same time, Prithvi Shaw’s bat also remained silent once again. He also returned to the pavilion after scoring 10 runs in 12 balls.

Shreyas Iyer and captain Pant handled the innings after both the openers were dismissed for just 21 runs. Both shared a 62-run partnership for the third wicket. Iyer scored 43 runs in 32 balls with the help of one four and two sixes. At the same time, Pant could only score 24 runs in 24 balls with two fours.

As soon as Delhi was in good condition. Both of them also returned to the pavilion. After this Shimron Hetmyer started attacking the Rajasthan batsmen. He scored 28 runs in 16 balls with the help of five fours. Mustafizur Rahman sent Hetmyer to the pavilion. Then Axar Patel was dismissed after scoring 12 runs in seven balls. However, Lalit Yadav, who joined the team in place of Marcus Stoinis, returned unbeaten on 14 off 15 balls and R Ashwin scored six runs in six balls. Both of them took Delhi’s score beyond 150.