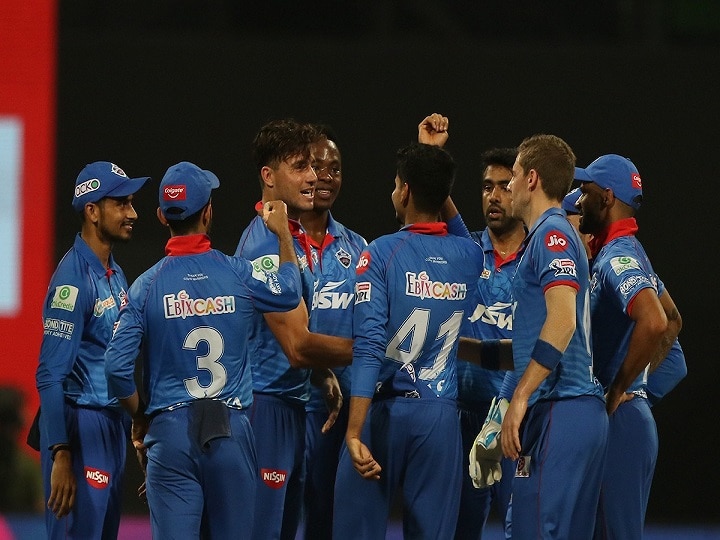 DC vs SRH, Qualifier 2: In the second qualifier match of IPL 2020, Delhi Capitals defeated Sunrisers Hyderabad by 17 runs to enter the final for the first time. All-rounder Marcus Stoinis and fast bowler Kagiso Rabada contributed to this victory in Delhi. Stoinis played an excellent innings of 38 runs in 27 balls with the first bat. After this, bowling took three wickets for 26 runs in three overs. At the same time, Rabada took four wickets for 29 runs in four overs.

Delhi had scored 189 runs for the loss of three wickets in 20 overs in the first play. In response, Hyderabad could only score 172 runs at the loss of eight wickets in the scheduled overs.

Earlier, Marcus Stoinis and Shikhar Dhawan got off to a great start by winning the toss and batting first. Both of them added 86 runs in 8.2 overs for the first wicket. Stoinis was out for 38 runs in 27 balls. During this, he hit five fours and a six.

After this, captain Shreyas Iyer, who came to bat at number three, scored 21 runs in 20 balls. He shared a 40-run partnership for the second wicket with Dhawan. After Iyer’s dismissal, Shimran Hetmyer came on to bat and hit the Hyderabad bowlers.

Hetmyer and Dhawan shared a 52-run partnership. Dhawan returned to the pavilion after scoring 78 runs in 50 balls. During this, he hit six fours and two sixes. At the same time, Hetmyer returned unbeaten after scoring 42 runs in 22 balls. In his innings, Hetmyer hit four fours and a six. Meanwhile, his strike rate was 190.91.

After this, Sunrisers Hyderabad started off very badly to chase the huge target of 190 runs from Delhi. In the second over, captain David Warner returned to the pavilion after scoring two runs. He was bowled out by Kagiso Rabada.

After this, Priyam Garg, who was batting in an aggressive style, also returned to the pavilion after scoring 17 runs. He hit two sixes in this innings. Manish Pandey also went on to score 21 off 14 balls as soon as Garg was dismissed. After three wickets fell for 44 runs in five overs, it seemed as if Hyderabad’s team would be all out soon. But Kane Williamson first shared a 46-run partnership with Jason Holder (11).

Williamson played a stormy innings of 67 runs in 45 balls. During this, he hit five fours and four sixes. Williamson also shared a brilliant 57-run partnership with Abdul Samad. When these two batsmen were there, it seemed as if Hyderabad would win this match. But for Delhi, the victory in Kagiso Rabada ensured victory in a single over.

Kagiso Rabada bowled brilliantly for Delhi. He took four wickets for just 29 runs in the four overs of his quota. Apart from this, Marcus Stoinis took three wickets for 26 runs in three overs.