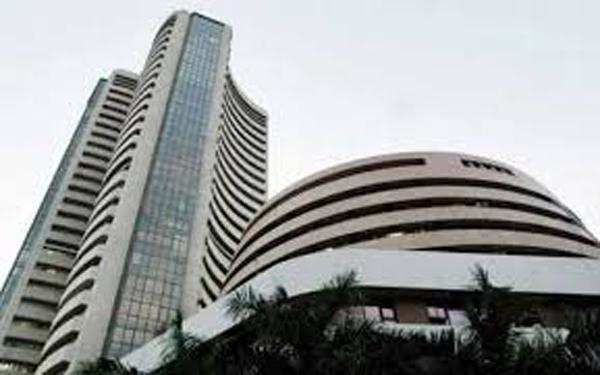 New Delhi. Despite the weakness of economic data and the risk of a third wave of Corona, the domestic stock market is performing record fast. The BSE Sensex is trading by crossing the 53,000 mental barrier, while the NSE Nifty has also surpassed the 15,900 level. This situation is also when the country has not yet fully recovered from the threat of Corona and most of the indicators of the economy are performing very weakly.

Despite the threat of Corona, this growth of the stock market is astonishing, because in March 2020, economic activities came to a complete halt due to Corona, there was a negative effect on the market sentiments and the stock market also crashed in one stroke. . At present, the situation of the overall economy segment is slightly better than before but the situation has completely changed for the Indian stock market. While other indicators of the economy are still trying to recover from the shock of Corona, the Indian stock market is trying to reach new heights every day.

It is noteworthy that like other large and developed countries of the world, the Government of India had also announced a relief package to reduce the impact of the shock to the economy due to Corona. On the other hand, the Reserve Bank of India had decided not to increase policy interest rates to reduce pressure on the currency and increase its circulation in the open market. Due to both these reasons, the availability of currency in the Indian market increased as compared to earlier. Not only did the small and medium sector benefit from the availability of currency, the Indian stock market also got a new life due to this.

Also read this news: This beautiful bride is imprisoned in the showroom for 8 decades, knowing the truth will not be sure, see photos

Since the stock market crash in March 2020, the market has progressed very fast in the period till now. In March 2020, the Bombay Stock Exchange’s Sensex fell badly to the lowest level of 25,638.9 points. The Nifty of the National Stock Exchange had dived to the level of 7,511.10 points, but now the Sensex has risen more than double to the level of 53,290.81 points and the Nifty has reached the level of 15,962.25 points. Nifty and Sensex have made a historic jump in the period of one and a half years from March 2020 till now. This jump of both these indices of the stock market has also taken place, while the risk of infection with different variants of corona virus in the country remains constant and the country’s economy is still not fully back on track.

Midcap and smallcap stocks have outperformed those considered to be heavyweights during this quarter of a year. Compared to the March 2020 low-level, the BSE Midcap index has jumped 125 per cent and the Smallcap index has jumped 183 per cent. In this sequence, it should also be kept in mind that there was an unexpected weakness in India’s GDP during the last financial year. After the first wave of Corona calmed down, its second wave also deeply hurt the country’s economy. The second wave killed more than three lakh people. Despite this, the stock market continued to make new records. Barring minor corrections or profit-booking opportunities, most of the time the Indian stock market has seen a strong uptrend.

Also read this news: a restaurant where chicken meat is served without cutting any animal

Along with this, the work of vaccination is also going on at a fast pace, due to which it is expected that if people themselves are not careless, then in the coming days, there can be some degree of freedom from the corona crisis. With this deadly epidemic under control, the country’s economy will once again move at its own pace, due to which positive results will start coming from the industry and corporate sector as well. Its direct effect will also be seen in the form of the uptrend in the stock market.

Also read this news: Groom’s marriage broke down due to failure in ‘Math Test’

However, some experts also warn that as the conditions normalize, the Reserve Bank of India will also tighten the soft monetary policy on the test of reality. This will also affect the market sentiments. Apart from this, the fall in the value of rupee and the price of crude oil in the international market will also have an impact on the country’s economy. Due to this, there may be an immediate effect on the stock market, but due to this, there will be no long-term effect on the stock market. Experts say that if there is no untoward incident in the coming days, then the stock market will continue to make new records while filling the klanche.