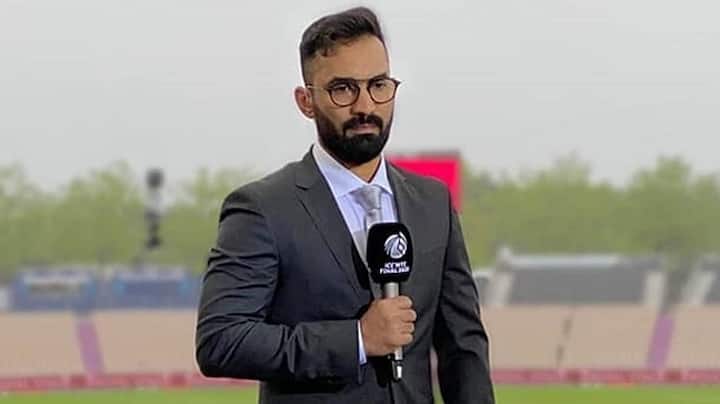 Relationship Tips: Cheating is such a thing that breaks any person, from which it takes years for anyone to recover and his pain remains in some corner of the heart. That too infidelity when the life partner with whom you have taken seven rounds, then it ruins you badly. Dinesh Karthik, a well-known name in the cricket world, who is very happy with his wife and children in his personal life, has sometimes faced the trouble which no one wants to think of even in a dream.

When the wife’s affair came to the fore while playing cricket-
Dinesh tied the knot with his wife Nikita in the year 2007. Both of their fathers were best friends and this marriage was arranged on their behalf. When Dinesh was playing the Vijay Hazare Trophy match in the year 2012, he came to know about the affair of his wife and friend, cricketer Murli Vijay. It was not easy for Dinesh Karthik to bear this blow. One is the infidelity of the wife and the other is the betrayal of her friend. Dinesh got divorced from his first wife. After some time it also came to light that Nikita is pregnant and then she married Murali Vijay and settled her new house. No one wants to go through the phase that Dinesh went through even in his dreams, but the way he handled himself became an example for others.

Never flaunted respect in public-
Even after this, Dinesh Karthik never raised the name of his first wife in public, neither did any insult nor gave any statement. They just quietly parted ways. It shows how gentleman he is that even after tolerating everything, he did not defame anyone.

If this happens to anyone, then obviously he screams and tells everyone what has happened to him and how he has been cheated, but Dinesh Karthik’s silence in the whole case was told that the couples should never have their own Any matter related to personal life, no matter how big it is, should not be thrown in public.

Also read- Love Goals: Priyanka Chopra used to stay awake all night due to this disease of Nick Jonas, such love for her husband tells the beauty of relationship

Don’t hold back from giving yourself a second chance
Dinesh Karthik not only moved on from his past but also gave himself a second chance, the result of which is that he is very happy in his married life today. This is a lesson for those who are completely broken. Don’t punish yourself for someone else’s mistake. Move on in life and be happy.