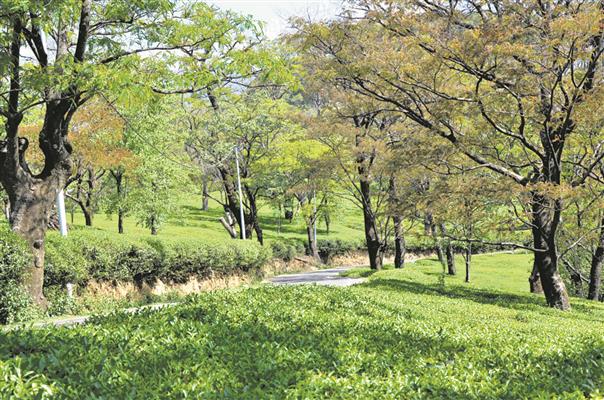 Dry weather in the region for the past three months has hit hard tea growers of Kangra. Tea production in the Kangra valley is down by 75 per cent, say farmers. Dry weather conditions have hit both yield and quality. Bud formation is not occurring, farmers maintain. Guddu Pathania of Mann Tea Estate, the biggest tea farm in Dharamsala area, said they produced about 28,000 kg of tea in April last year. “It seems we will not be able to produce even 5,000 kg in April this year. Owing to poor rainfall, tea plants have started drying up, ”he said.

KG Butail, a leading tea grower from Palampur, said small farmers were the worst affected. Cooperative tea units were not getting enough material for processing and the production had been severely hit.

Tea gardens in Kangra are protected under the law, so growers are not allowed to switch to any other crop. Growers want they should at least be given subsidy for installing tubewells and drip-irrigation systems to protect their plantation.