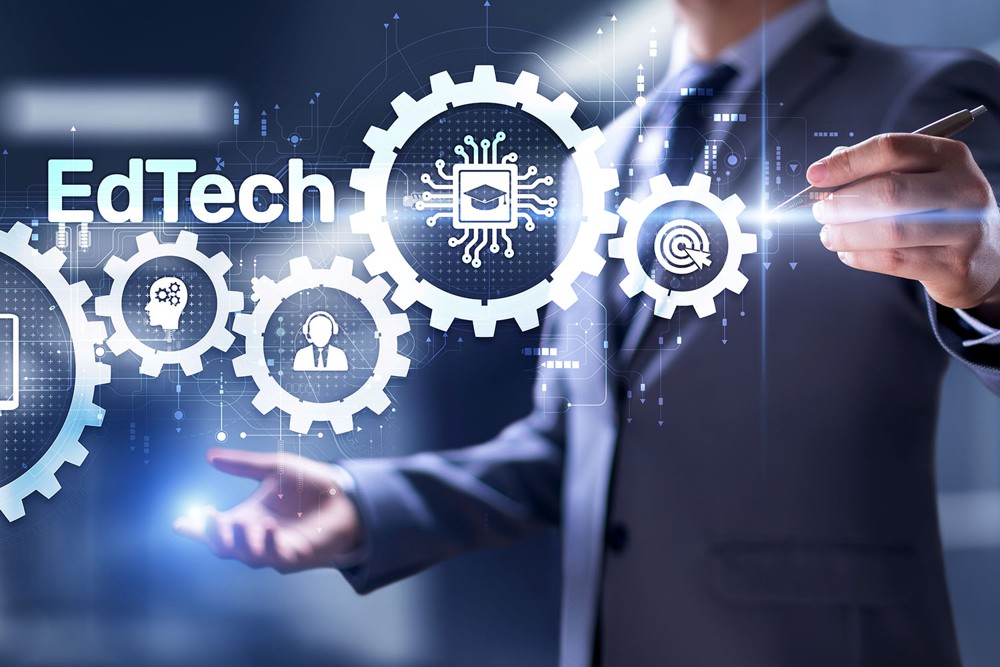 MOOCs, AI-boosted applications, online course platforms, educational games: edtech has been in turmoil for the past ten years. The promise of start-ups in the sector is often the same: to democratize knowledge thanks to new technologies that make it possible to break with the routine of traditional education.

The pandemic, synonymous with the closure of schools around the world, gave impetus to its main players – who were not asking for so much to grow. “There will be a before and after the Covid-19 crisis”, observes Marie-Christine Levet, who heads the Education Capital fund, specializing in edtech. “Students, teachers and parents were forced to experiment with new tools and psychological barriers fell. Lhe crisis also revealed that schools and universities had not invested enough in edtech in recent years ”, she believes.

Venture capitalists have accompanied this acceleration with eight- or nine-figure checks. In 2020, $ 16.3 billion was injected into edTech around the world, against 6.9 billion a year earlier. These figures, however, mask major regional differences. Chinese start-ups alone have concentrated 70% of the amounts raised (against 35% in 2019).

In Europe, investments surpassed the billion dollar mark for the second time. But they fell very slightly compared to 2020. In detail, the K12 segment (primary, college, high school) performed well. It represented 35% of European investments in 2020, against 4% in 2019, according to Education Capital.

This dynamic has, for example, benefited the Norwegian Kahoot, whose stock market valuation has multiplied by more than ten in 2020 (from $ 600 million to $ 6.5 billion), or GoStudent, which offers personalized online courses for children with certified tutors. The young Austrian shoot had raised 13.3 million euros in 2020. But, to meet demand and accelerate its expansion in Europe, it has just completed a round of funding of 70 million euros with Coatue Left Lane Capital and DN Capital: a record in this market segment in Europe (K12).

“When you needed help progressing in a subject, you used to depend on the teachers who lived near you. With our solution, you can live in Paris and have a teacher who lives in the south of the country, or even abroad! ” boasts Felix Ohswald, the boss of GoStudent. “Another advantage: you can put teachers in competition and offer more affordable prices for families. “

The Austrian start-up is present in ten European countries and provides 250,000 lessons each month. GoStudent has big ambitions in France, where it has opened an office in Lyon. “It’s the biggest market in Europe”, recalls Felix Ohswald, while stressing that the school system is there “Very competitive”, in particular for access to the grandes écoles of higher education. The company hopes gain market share against historical players such as Acadomia or Complétude, who are slow to make their digital transformation.

Despite the rapid progress of edtech, it remains brakes to be removed to facilitate cooperation between public and private actors, and thus definitively take off the market. “The national education system in France is very centralized, which can complicate the work for start-ups”, emphasizes Marie-Christine Levet.

Praised for its technological innovations, a French actor like Lalilo had been forced to develop in the United States at its inception, before convincing the Ministry of National Education to use its solution which facilitates learning to read. Sign of the effervescence of edTech, Lalilo has seen the use of its product explode in France in recent months and has just been bought by the American giant Renaissance.

In this difficult period, entrepreneurs and managers of VSEs and SMEs need support more than ever. The Les Echos Entrepreneurs site is making its contribution by offering free information and testimonials for the next few weeks.
To stay informed of entrepreneurs and startups news, consider subscribing
>> to our daily newsletter and or
>> at the weekly newsletter Goodbye to the crisis!