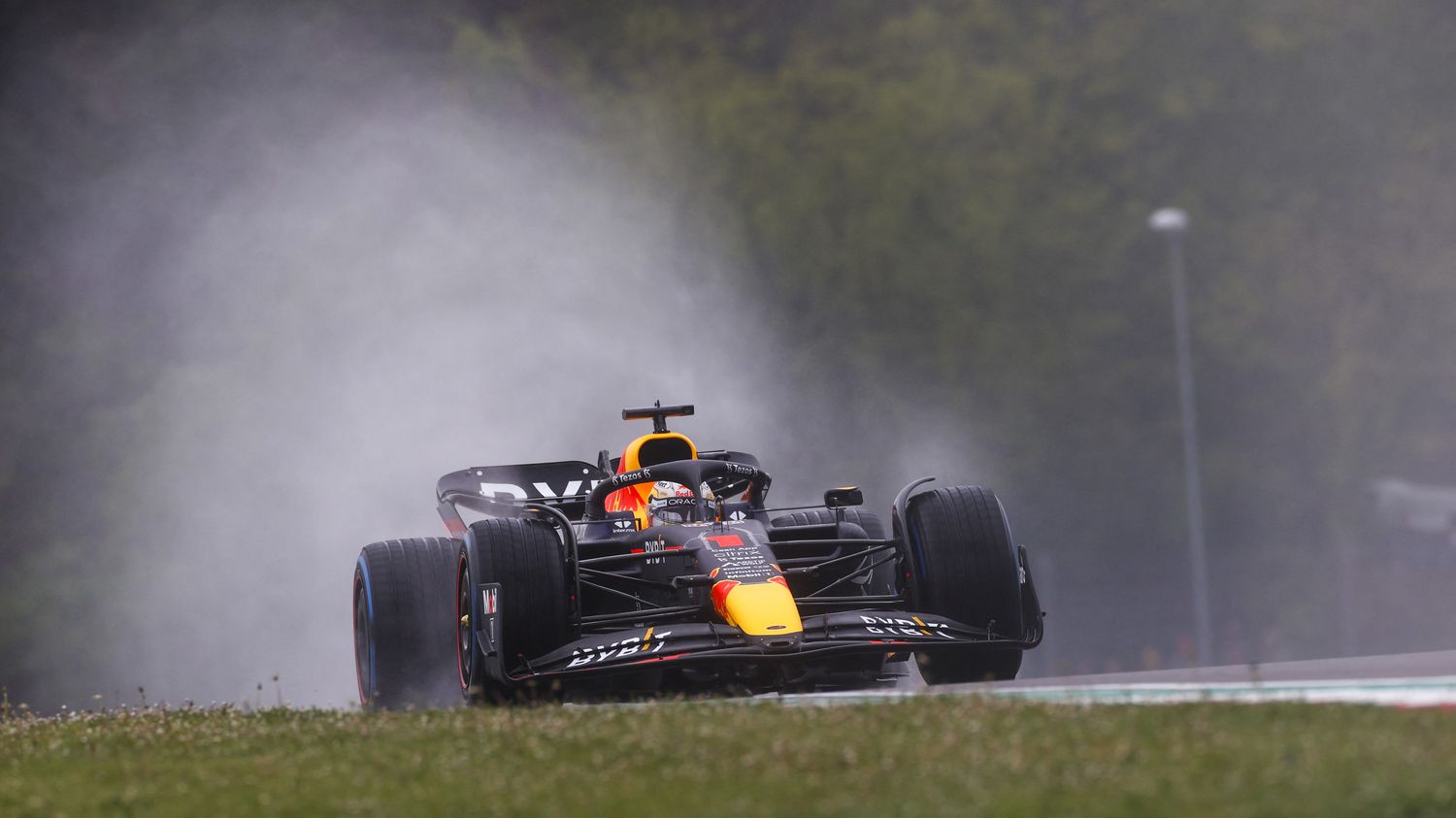 Max Verstappen emerged victorious from wet and tricky qualifying on Friday April 22 and will start from pole position in the Emilia-Romagna GP sprint race on Saturday. In conditions that he loves, the Red Bull driver was faster than Charles Leclerc (Ferrari) between the five red flags that punctuated the three sessions.

Verstappen signs his first pole of the season and the 14th of his career. The second row will be occupied by the McLaren of Norris and the Haas of Magnussen. Both Mercedes had nightmarish qualifying and didn’t make it past Q2.

Unsurprisingly, the Enzo and Dino Ferrari circuit turned red. 90 km from Maranello, the stronghold of the Scuderia, the Emilia-Romagna route could not be otherwise. But in an intermittent and capricious rain, the red was not only in the stands. The multiple incidents have indeed caused the release of five red flags on the track, a record. In the middle of the chaos, Max Verstappen floated, diabolical on a wet track, a fine tactician and also very lucky to have been able to achieve an almost complete lap without interruption.

Forced to slow down because of a yellow flag, the Dutchman had enough margin to dethrone Charles Leclerc. The Monegasque did not have the opportunity to reply since Lando Norris caused a final interruption a few seconds from the end. Leclerc however secures a 4th front row in as many qualifications this season behind his designated rival for the title.

In this game of upheaval, the other big winners are Lando Norris and Kevin Magnussen. The latter offered Haas the best qualification in its history and an explosive second row. As a great strategist, Fernando Alonso placed his Alpine in 5th position.

Don’t look for the Mercedes, they are absent from the top 10 after failing in Q2, a first since 2012. George Russell only snatched the 11th time, his teammate Lewis Hamilton the 13th. The rain has a lot to do with it, but the German star has continued to fade since the start of the season…

Under pressure behind Leclerc, Carlos Sainz also suffered a premature stop by crashing into a wall in Q2 when he had set the second best provisional time of the session.

On the side of the tricolor pilots, it is also grimace soup. Pierre Gasly is 17th and Esteban Ocon 19th. For these Friday beats, the first of the three sprint races of the season will be a great opportunity to get back on the starting grid of the GP on Sunday. Hamilton did it in Brazil last November, moving from 20th to 5th place. And this season, this special format offers points to the top eight.