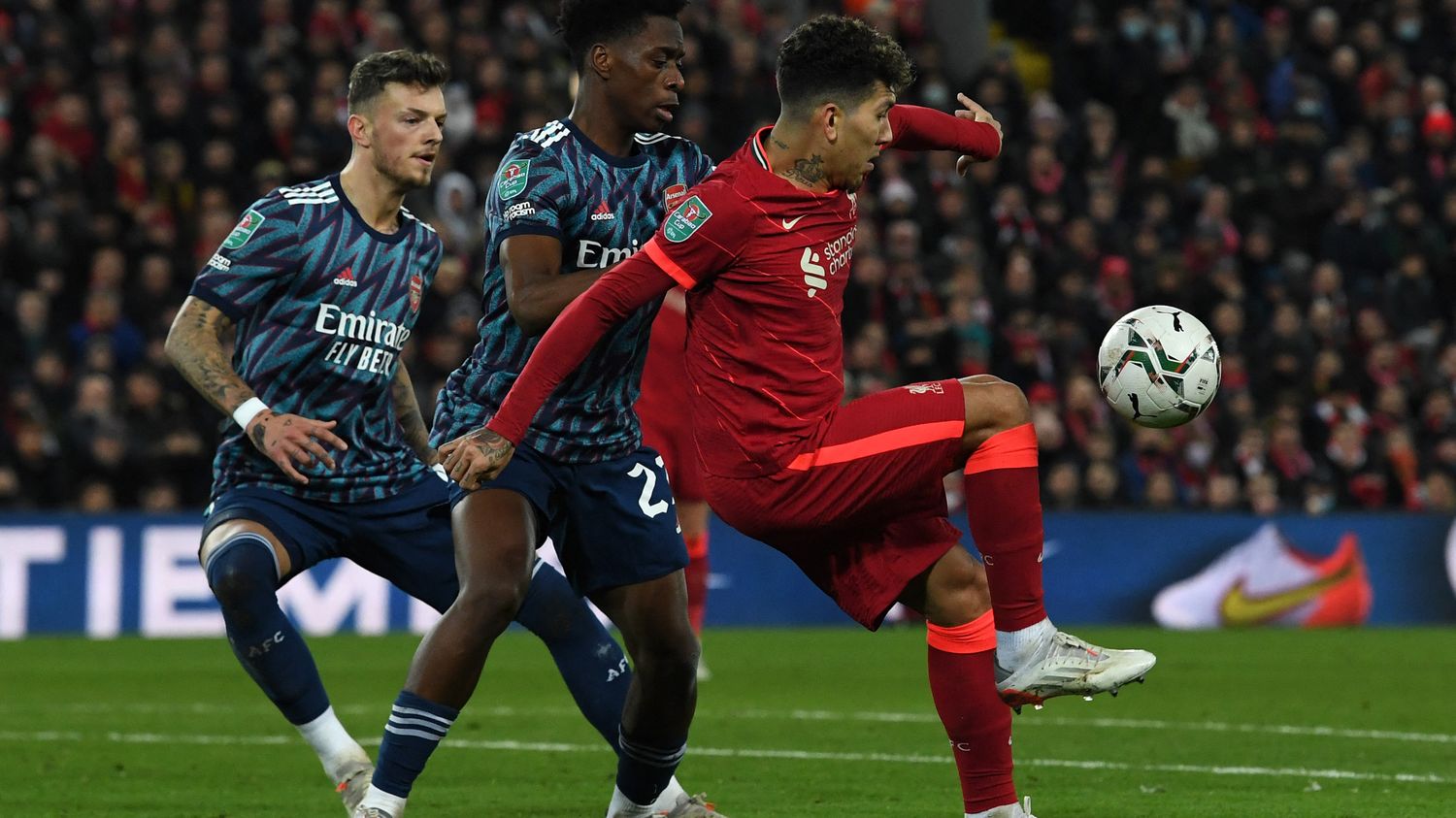 The verdict that fell on Wednesday in the other semi-final, with the qualification of Chelsea which beat Tottenham twice (2-0, 1-0), remains to be determined who between Liverpool and Arsenal will face the Blues in the final of the English League Cup. But before returning to London in a week, everything remains to be done after the draw between the Reds and the Gunners, this Thursday January 13 (0-0) at Anfield Road.

This meeting was originally to be the second leg of the confrontation, but a combination of injuries, cases of Covid-19 and departures from the African Cup of Nations had allowed Liverpool to obtain a one-week postponement, subject to a reversal of matches.

Also deprived of several players, including Martin Odegaard, tested positive for Covid and last minute package, Arsenal intended to show that he was capable of resisting a team from the English top 3.

The Gunners however complicated the task from the 24th minute with the expulsion of Granit Xhaka, already guilty of having put Manchester City back in the saddle during the defeat (2-1), on January 1, by offering the equalizer on penalty, while Pep Guardiola’s team had been suffering for 57 minutes.

This time, on a long ball from the Reds, the Swiss midfielder threw himself to intercept it without taking the information and his foot landed in the belly of Diogo Jota who was arriving behind him, prompting Michael Oliver to go straight out. red, with little protest from the Gunners.

[️RESUME] #CarabaoCup
Quickly reduced to 10, Arsenal resists Liverpool!
⚡️ The Reds have nevertheless pushed to the end
Minamino missed a golden opportunity at the very end of the game
➡️ The place in the final will be played next Thursday#LIVARS https://t.co/e9M6jjielp

After striker Eddie Nketiah came out to let Rob Holding in, the Londoners hunkered down even more, often playing together in their final 25 yards to close up as much space as possible.

If the absences of Mohamed Salah and Sadio Mané, who left for the CAN and replaced by Roberto Firmino and Takumi Minamino, were felt, they are not enough to explain the offensive difficulties of draft and stereotypical Reds.

Hero of the previous round, by equalizing at the last minute against Leicester to send the two teams to the penalty shootout won by his team (3-3, 5-4 on pens), Minamino symbolized the offensive clumsiness of the Reds, materialized by 1 shot on target in 17 attempts. He crossed his shot too much after a nice serve in the box from Andrew Robertson (68th), before sending the ball in the heavens when the goal was open after a failed exit from Aaron Ramsdale in the 90th minute.

Arsenal even came very close to an excellent operation when Alisson, back in goal, had to make a decisive exit in front of Bukayo Saka at the conclusion of a well-executed counter (72nd). However, it will still take a big performance from the Gunners at home to validate their ticket for the final on February 27, especially as Liverpool are in pursuit of the record of victories in the competition which they currently co-hold with Manchester. City (8), eliminated in eighth.