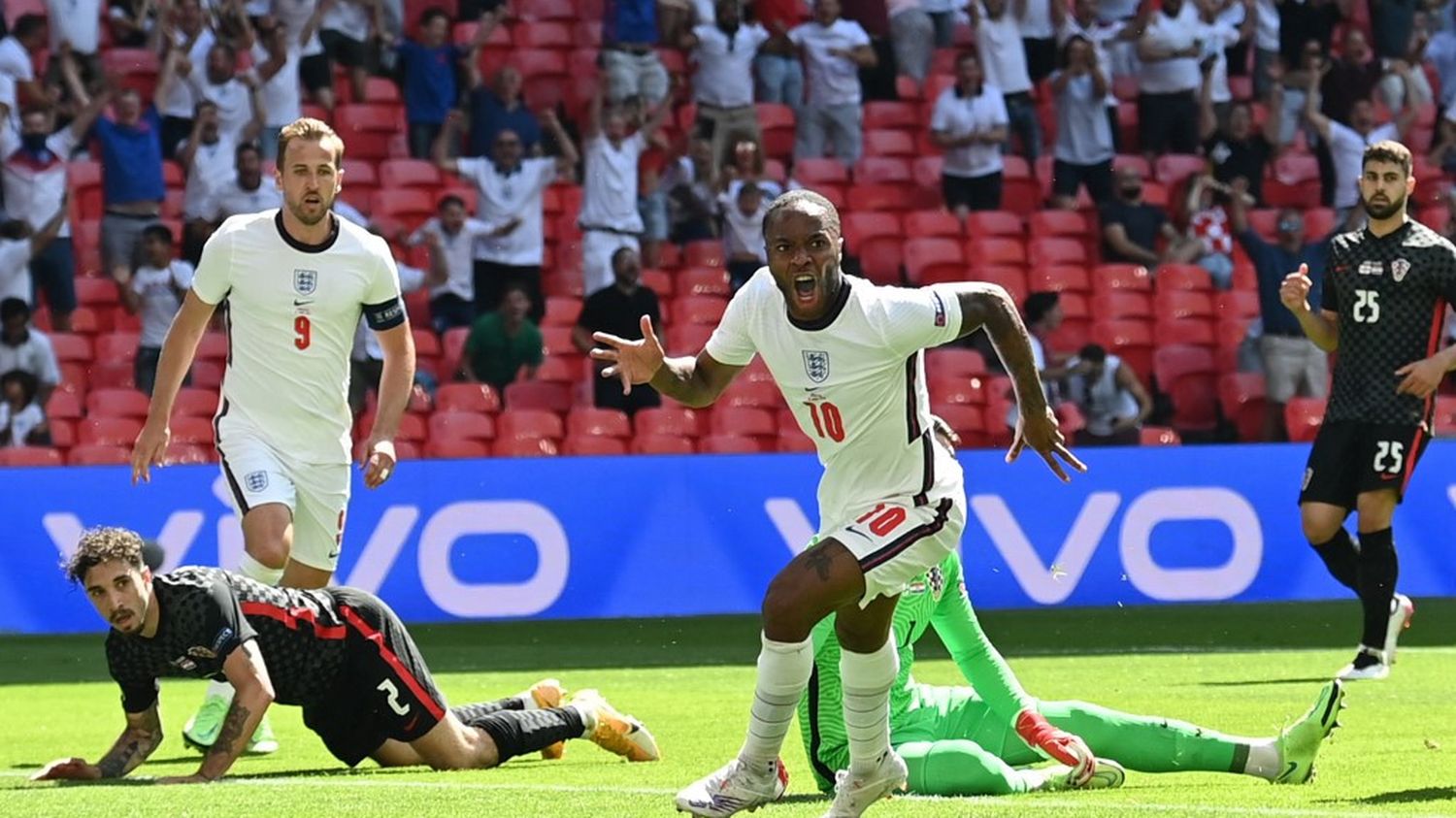 In front of their public and under the Wembley sun, the English of Gareth Southgate achieved, Sunday, June 13, a solid performance to win on the smallest of scores against Croatia (1-0) and on occasion of the 1st day of Euro 2021. A success which however took time to emerge, thanks to a goal from Raheem Sterling (57th). The meeting could have changed in the last moments for the English. Well carried by their youth, they are an outsider in this Euro.

The offensive potential of Three lions, organized in 4-2-3-1, was quickly felt with a cross and enveloped shot from Phil Foden (6th) which hit the upright of Livakovic. A first alert followed in the wake of the strike of young Kalvin Phillips (9th) and the return to the snatch of Duje Caleta-Car in the feet of Raheem Sterling, very close to triggering. A striking forward projection, but not realistic enough to find the fault in the last few meters.

Opposite, the Croats – with an experienced starting XI – seemed overwhelmed on all sides by the speed and creativity of the English attack. An attack by the Sterling-Mount-Foden trio, just behind Harry Kane. In particular, depth management posed significant problems for Croatia. Even if the territorial domination was on the side of the English, imposing a stifling pace in the first half hour, Luka Modric’s teammates let the storm pass to gradually get their heads straight.

But when Croatia began to finally put its paw on the game, a flash of Kalvin Phillips, in the axis, followed by a bright pass for Raheem Sterling in the box came to force the Croatian lock (1-0, 57e). Less than four minutes later, Harry Kane even had the opportunity to bury Croatian hopes on a cross from Mason Mount. But the Spurs striker missed the frame with his right foot at six meters (61st).

Forced to react, the Croats left more space and allowed the game to settle down. Mason Mount (67th) then Raheem Sterling (74th), decidedly untenable, failed to double the bet. Repeated assaults by the Three lions, which caused a slight revolt of the Croats on an overly crossed shot from Marcelo Brozovic (69th) following a corner from Luka Modric.

In the last moments, the pivotal strike from Mario Pasalic sent a last little fright into the English ranks. Not enough to deprive the subjects of Elizabeth II of victory.

In ten Euro appearances, England won their opening match for the first time. From Friday June 18, Three lions will have the opportunity to meet their Scottish neighbor, once again at Wembley, to already aim for a qualification in the round of 16.