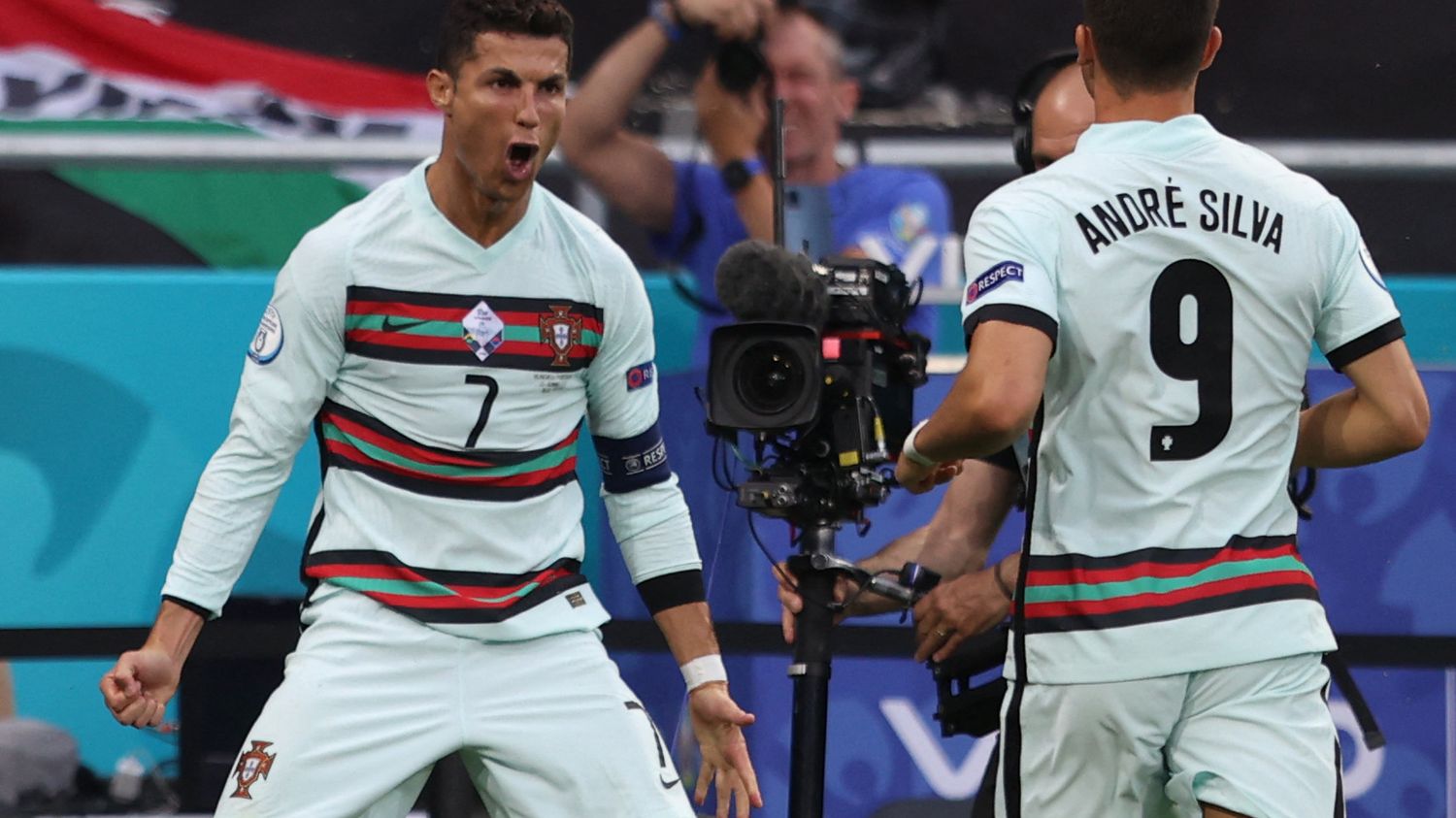 In front of their home crowd at Puskas Arena in Budapest, the very athletic Hungary subjected Portugal to a hard fight for 80 minutes. But the Hungarians cracked in the last ten minutes, conceding three goals including a brace from Cristiano Ronaldo. With eleven goals, the Portuguese became the top scorer in Euro history ahead of Michel Platini (nine goals).

In a rather messy match, Portugal tried to build but Fernando Santos’ men stumbled over the tightly-knit Hungarian defense for 80 minutes. They got the first chance, counterattacking in the 5th minute, but Gulacsi deflected Diogo Jota’s strike, who may have forgotten Cristiano Ronaldo on this action. The Hungarians, rough, then prevented the Portuguese from building, by throwing themselves on all the balloons.

Ronaldo’s partners then tried to turn the game around to stretch the Hungarian block and bring danger through the wings, which worked more late in the first period. In the 40th minute, Diogo Jota, very restless, tried a pivot shot served by Nelson Semedo, but Gulacsi, well positioned, stopped it. A few minutes later, Cristiano Ronaldo, alone in front of the goal, opened his foot too much to take a cross from Guerreiro.

In a still very muddled second period, Bruno Fernandes tried to break the Hungarian lock on a long shot in the 67th minute. And the Hungarians, valiant until the 84th minute, cracked. Raphael Guerreiro opened the scoring after a blocked cross, too. Everything then quickly followed, and Cristiano Ronaldo converted a penalty before pushing Hungary to a brace in added time.

In a very defensive 3-5-2, the Hungarians were everywhere to prevent the Portuguese from combining. Everywhere, but especially grouped in their last 30 meters, making Portugal and its 70% possession sterile for more than 80 minutes.

Captain and forward, Adam Szalai was the illustration of this Hungarian defensive strategy. The center forward ran a lot to participate in the recovery and then quickly project himself against the few Hungarian occasions. In the 37th minute, on a free kick, it was he and his meter ninety-three who were wanted, but his head ended up in the gloves of Rui Patricio.

Next opponents of Hungary on Saturday June 19 (3 ​​p.m.), the Blues should expect the same physical fight against very athletic players who throw themselves on each ball, in front of a Puskas Arena filled to 100% of its capacity. The Hungarians will certainly adopt a similar defensive strategy to foil the Blues. Didier Deschamps’ men will have to be precise in small spaces to get by.