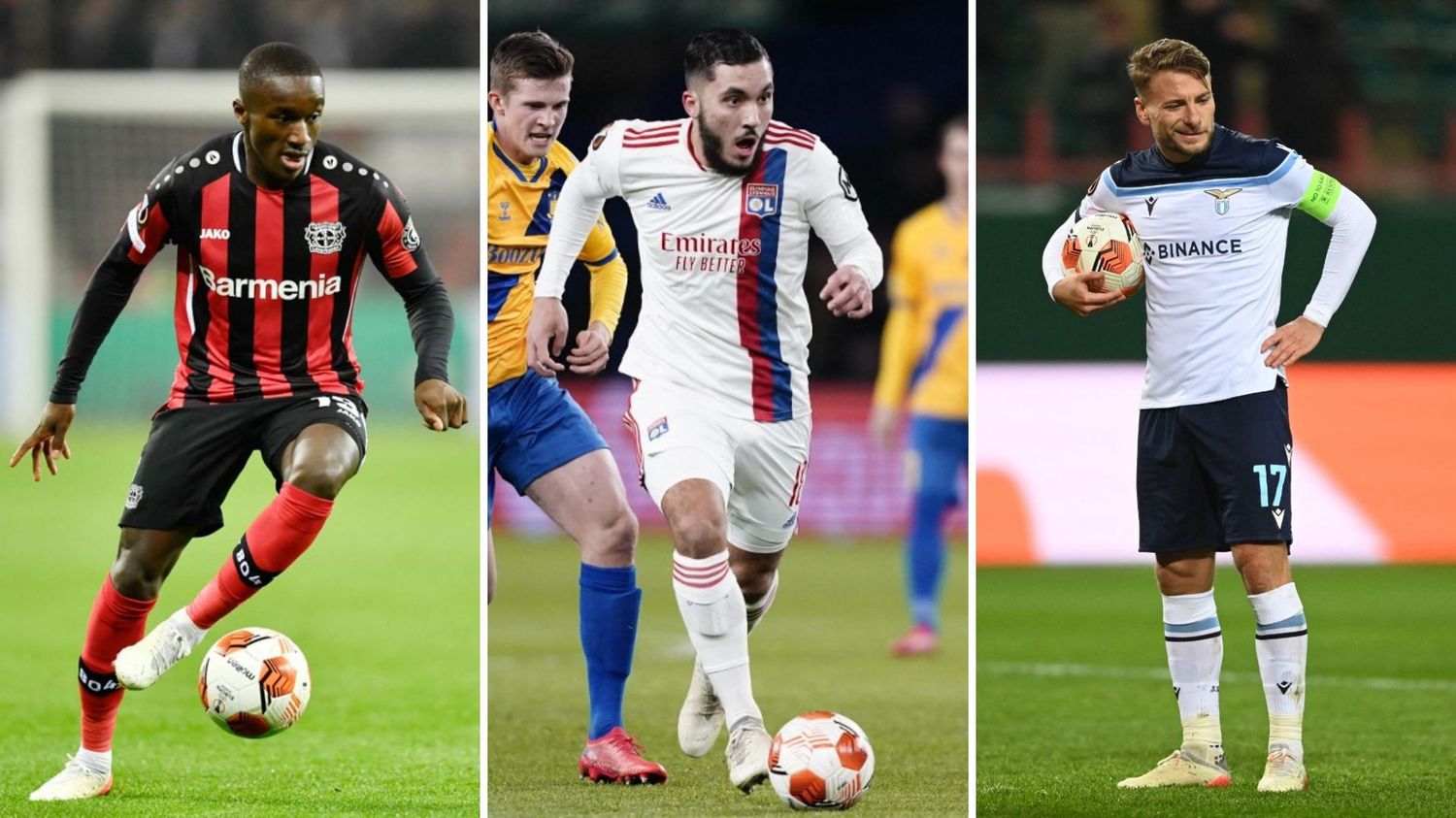 The verdict is approaching for the 2021-2022 Europa League group stage. At the end of the fifth day, we now know some of the qualified (including OL and AS Monaco on the French side). But French football does not shine only through its clubs, like Moussa Diaby, who scored a goal as pretty as it was important for Bayer Leverkusen. Almost as beautiful as the jewel of Canales, or the suspense that reigns in the group C.

Various fortunes for the French teams engaged in the Europa League, Thursday. Already qualified and assured of finishing first in their group A, the Lyonnais did not give Brondby a gift despite a reorganized team (3-1). First jostled by the Danes who were playing their last chance, the Gones reversed the situation, in particular thanks to a double from Rayan Cherki. Five games, five successes: OL are posing as a candidate for the final victory. In the round of 16, the Lyonnais will be accompanied by AS Monaco.

Solid winners of Real Sociedad, the Monegasques also secured their first place in Group B. Quite the opposite of Olympique de Marseille, swept away by Galatasaray in Istanbul in the early evening (4-2). Eliminated, the Marseillais remain in favorable waivers to be transferred to the Europa League Conference, where Rennes did the work to compost their ticket for the knockout stages.

1 – Marseille have won only one of their last 19 matches on the European stage (5 draws, 13 defeats), it was on December 1, 2020 against Olympiakos in the Champions League group stage (2- 1). Eliminated. #GALOM pic.twitter.com/4AO0Hs2k9d

Moussa Diaby makes an appointment in the spring

Only full axis, at the entrance to the surface, the former Parisian comes to take a center of volley. The balance is perfect, the leather slips into the opposite small net while bouncing. Bayer Leverkusen also won 3-2, securing their first place, and therefore their ticket to the knockout stages of C3 next spring.

A rain of qualifiers, except in group C

After five days of the Europa League, we necessarily start to see more clearly. And the French clubs are not the only ones to be fixed on their European destiny. Executioners of OM, the Turks of Galatasaray will play a group final in the last match against Lazio Rome, the two teams can still finish in first place. But on Thursday, Real Betis, Bayer Leverkusen, West Ham and Olympiakos also secured their qualification for the rest of the competition.

Goals, comebacks, and plenty of drama

West Ham, Leverkusen, and Monaco join Lyon in round of 16

Who impressed you most on Matchday 5? #UEL pic.twitter.com/NfaiOPmxHs

A jewel. A candy. A praline. Call it what you want, but in any case it’s a delight that Sergio Canales gave us. Real Betis leads quietly 1-0 against Ferencvaros, last of group G. The Spaniards will then secure their second place behind Bayer Leverkusen thanks to the inspiration of Canales, who comes to seek the leather on a touch, right side, before to transplant in the axis. His following coiled shot will be lodged in the opposite window. What to give ideas to Ivanic, of the Red Star Belgrade, who offers the victory to his people in the same way against Ludogorets in group F.

4 – Sergio Canales has scored four goals in #EuropaLeague , all of them from outside box (one from direct shot) being the topscorer of the competition with 100% of his goals from outside box (at least 2009/10 season). Sniper#RealBetisFerencvaros #EuroBetis #UEL pic.twitter.com/ekAaxHqDRA