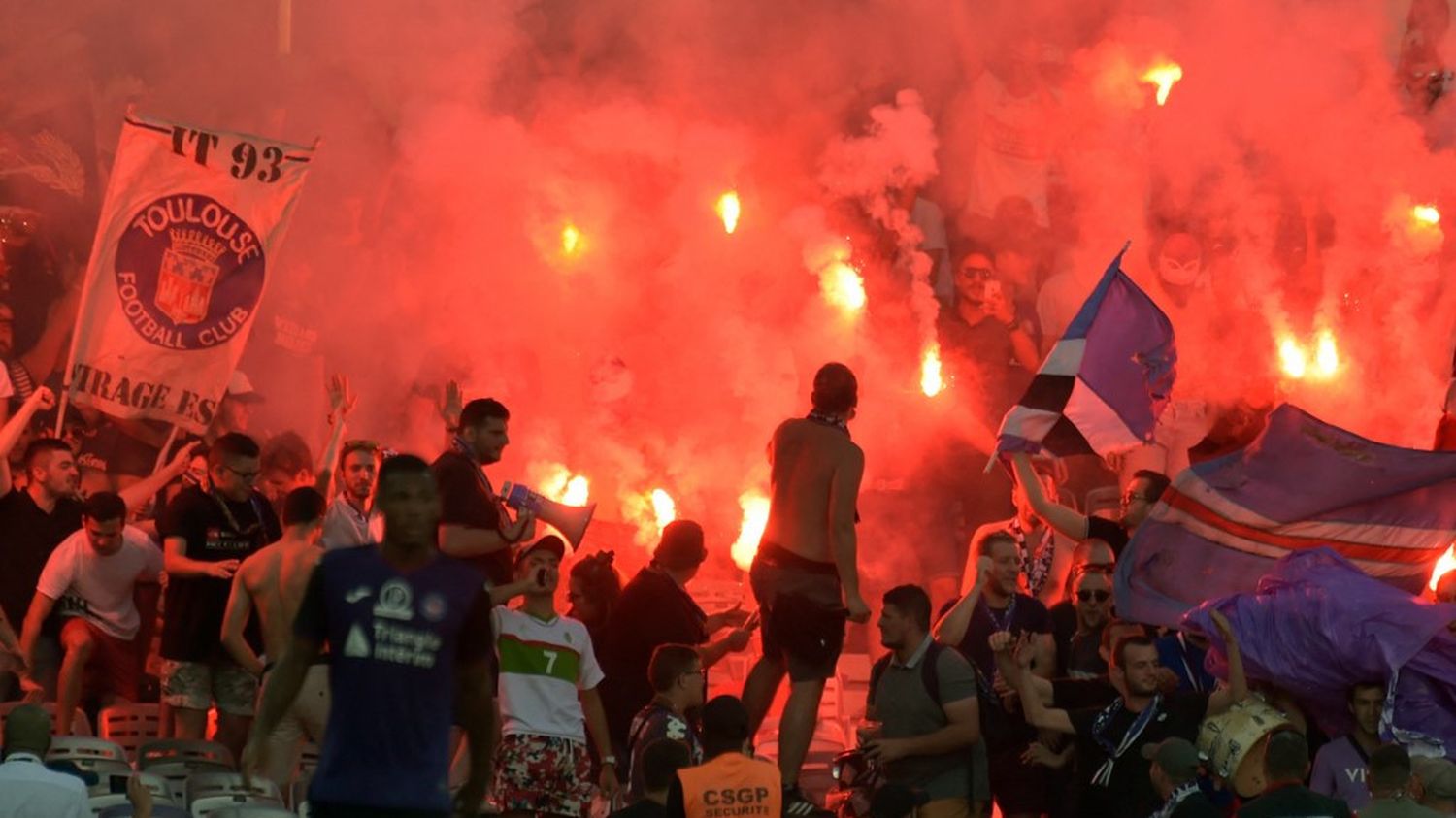 The smoke is back in a French stadium legally. At least, on an experimental basis for now. The Professional Football League (LFP) authorized the use of smoke during the match between Toulouse and Grenoble, Saturday, September 18 (3 p.m.), at the Toulouse Stadium. As a reminder, pyrotechnic devices have been prohibited in French stadiums since the Alliot-Marie law in 1993.

But in June 2020, during a meeting of the National Supporterism Authority, Roxana Maracineanu opened the door to the supervised use of smoke in French stadiums. Alexandre Roux, president of the group of supporters Indians Tolosa, returns for franceinfo: sport on the unfolding of the events and gives his feelings on this experiment.

Franceinfo: sport: How will the cracking unfold?

Alexandre Roux: Sixteen active members of our group, each equipped with gloves and a pair of glasses, will be installed at the bottom of the Brice-Taton bend. They will be spaced three meters from each other so that the cracking is done safely. They will have previously undergone training, the morning of the match, with an artificer. The sixteen people chosen are all used to handling smoke, we will see what the training will be used for. In any case, given the way it’s framed, we don’t see how an incident could happen.

Experiments like these had already been carried out in Angers and Le Havre, during the 2019-2020 season. As supporters, do you see this in a positive light?

This is obviously a good thing in our eyes. When a step is taken in our direction, we can only be happy, while hoping that it will continue and evolve in the right direction in the future. We constantly protest against the abusive repressions put in place against people who use smoke bombs. Some members of our group had their homes searched for cracking stories. Even today, some are banned from the stadium. Ultimately, we hope to be able to use pyrotechnic devices more freely. Or at least that there are less disproportionate sanctions against those who use them.

What can make smoke bombs dangerous is above all their prohibition.

For you, is it mainly the ban on these devices that is the problem?

Absolutely. What can make smoke bombs dangerous is above all their prohibition. Today, when someone lights a smoke bomb in a stadium, they will first try to hide and not get caught, even if it means using the smoke bomb anyhow. If it was allowed to be used, the first thing a person would think of when lighting the smoke bomb would be to pay attention to the people around, so that no one was burned. We see this experiment as a first step that can lead to a relaxation of the rules. But we don’t see it as a ‘solution’ that will replace the crackdowns currently being made in the stands. We hope that in the future this will lead to something more flexible and less framed.