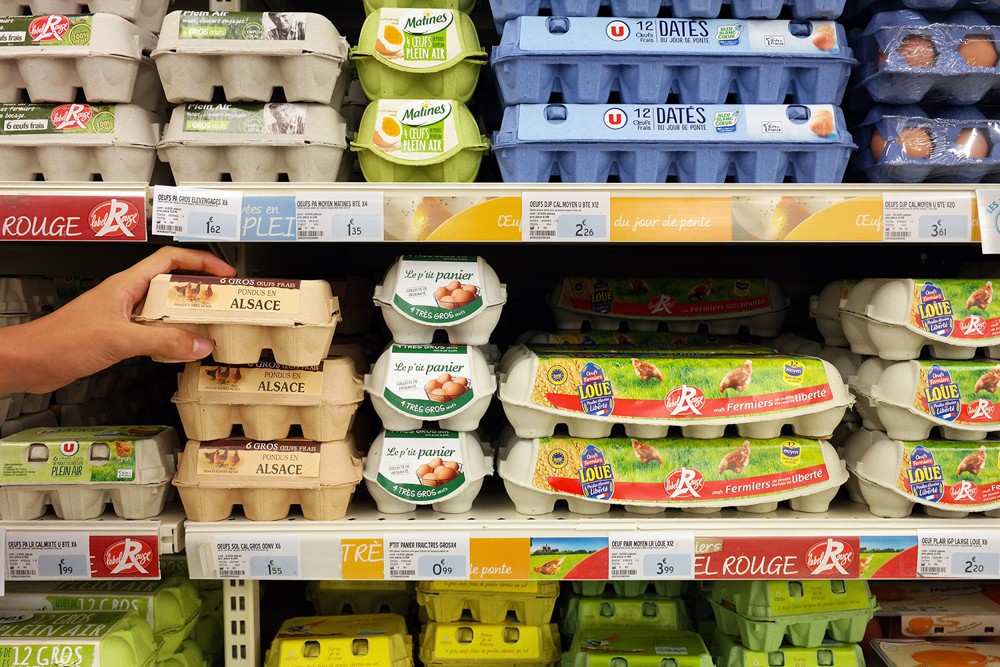 Inflation poses a problem: no one knows when it will slow down. In April, food prices increased by 3.4%. Research institutes and professionals predict a rate between 7% and 10% for the end of the year.

“This phenomenon is temporary. The imbalances that cause inflation today are not long term. They do not correspond to a structural insufficiency of the factors of production. Production will gradually return to a normal level”, estimated Jean-Charles Naouri in January in an interview with “Echos”. The CEO of Casino pointed to the effect of “quantitative easing” by central banks which injected trillions into the economy. The war in Ukraine postpones the inflection he envisaged.

In the meantime, manufacturers of consumer products are asking their distributor customers for price increases. Renegotiations have begun. They could last. The former Minister of Agriculture, Julien Denormandie mobilized the interprofessions from March 18 and pushed them to a charter of good conduct. ” It is important that […] the economic actors make, in responsibility, their best efforts […] in these exceptional circumstances,” reads the text.

“With the Egalim 2 law (which protects the price of agricultural raw materials, editor’s note), the “official” negotiations produced an average increase of 3%, based on price lists from October 2021. We were missing 20%. Today, we would have to ask for 6% to 7%”, explains Jean-Philippe André, boss of Haribo France and president of the National Association of Food Industries (Ania),

Large-scale retailers have agreed to study “ carefully » the requests for renegotiation of contracts that will be submitted to them […] “within one month from the date of receipt of the request”, specifies the charter. “The suppliers undertake to provide, in total transparency, all the guarantees making it possible to justify the reality of the impacts of the war on their activity”, she continues. The new round of negotiations was due to end on May 31, but it is likely to last longer, or that other rounds will open. “It can last for months,” says Jean-Philippe André.

In reality, Russia’s offensive rendered inoperative the review clauses imposed by the Egalim 2 law. Their triggering thresholds were set before the war. The little story also says that many levels of revision have been set hastily in a new complex regulation, especially for SMEs.

The last point between the stakeholders and the State, under the aegis of the trade negotiations mediator, was made a few days ago. New contracts have been signed. “They represent only 20% of requests,” says the president of Ania.

Half of the references of a hypermarket are affected by high inflation, starting with products made from wheat, sunflower oil but also all products of animal origin (beef, pork, milk, etc.) in due to the increase in animal feed. Gas and cardboard also come into play, and affect non-food items – toilet paper in particular.

Jacques Creyssel, the general delegate of the Fédération du commerce et de la distribution (FCD), underlines the respect of the commitments by the brands. He also notes obstacles to renegotiations. “The requests for increases for the same product sometimes go from simple to double and we note that the manufacturers who have the highest margins ask for the highest increases, as if they wanted above all to preserve their margins”, he says. The Carrefour, Auchan and other Casinos are willing to make an effort but require their suppliers to provide proof of the increases which, in their view, justify an increase in prices.

“On the grounds that companies must be transparent, we are always asked for more supporting documents for our requests for increases”, recognizes Damien Lacombe, president of Sodiaal, the owner of Yoplait. “With their own brands, distributors are also our competitors. We will not put our invoices in front of them,” argues Jean-Philippe André. Business secrecy… On condition of anonymity, multinational executives admit that their negotiators do not really know at what price the raw material for their products is purchased, a consequence of the intricacies of large groups working in silos.

The other difficulty relates to the progression of inflation itself. What was valid in April will no longer be valid in June. “Many requests for renegotiation arrived late,” says Jacques Creyssel. “This proves that manufacturers are not looking for a windfall effect”, justifies Jean-Philippe André. New demands are also coming to the negotiating table, even though a renegotiation has just taken place.

Professionals are entering a spiral of permanent renegotiations. French law which imposes an annual meeting and the signing of contracts on the 1er March, under penalty of a fine, is unique in the world. The need for renegotiations shows its limits in a very inflationary period.

“The toughness of trade negotiations justifies strict supervision, but not during exceptional circumstances”, observes the representative of manufacturers who is counting on the government’s food check to cushion the impact of price increases on household budgets.