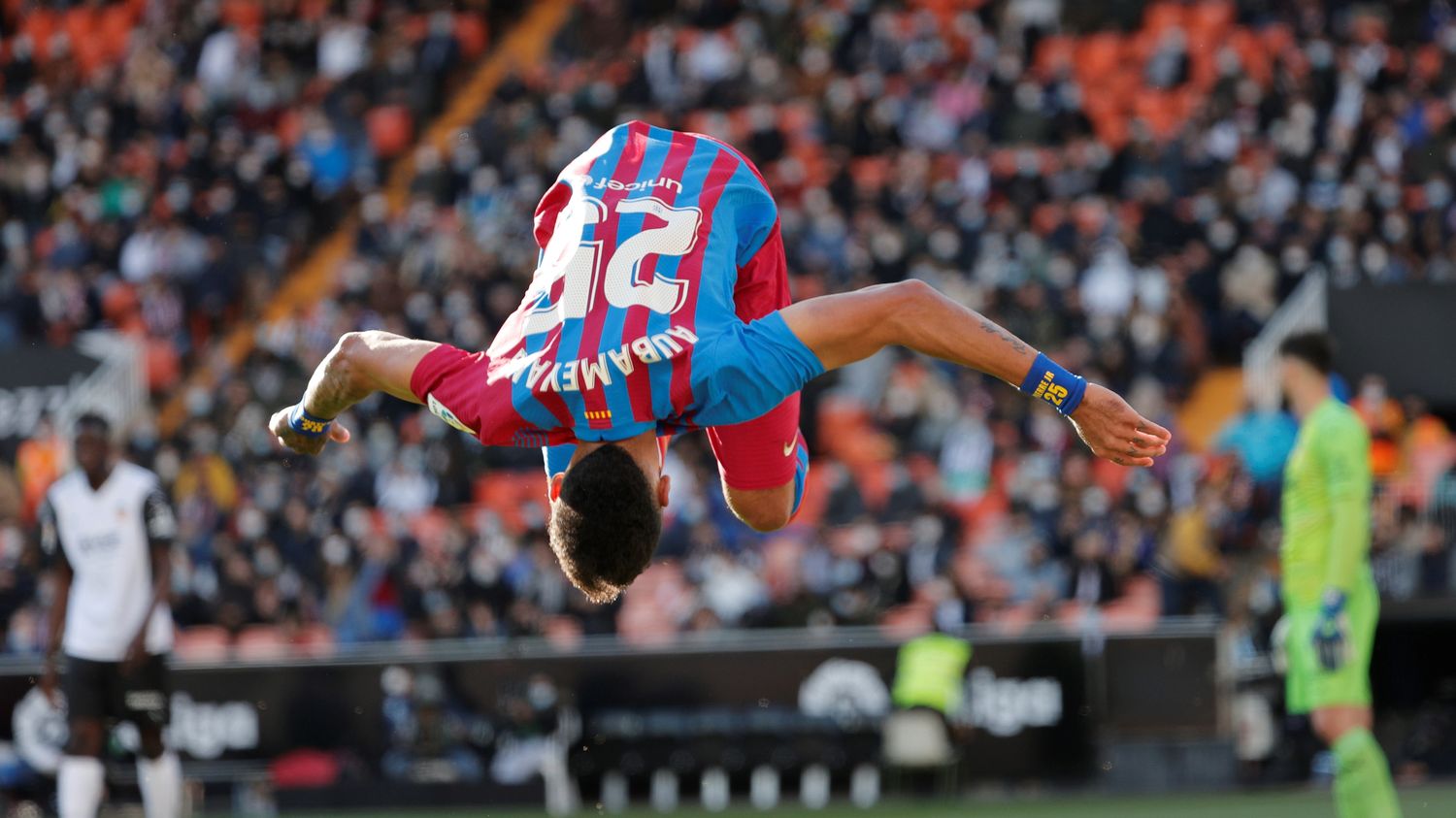 A hat-trick for Pierre-Emerick Aubameyang, doubles for Harry Kane, Robert Lewandowski and Marco Reus, a goal and two assists for Karim Benzema… This weekend, the big strikers showed themselves to their advantage on European lawns . On Saturday 19 February, Kane’s precious achievements allowed Tottenham to create a surprise by winning on the lawn of leader Manchester City, while on Sunday, the masterful performance of Marco Reus allowed Borussia Dortmund to humiliate Borussia Monchengladbach . On the other hand in Italy, the Milanese attackers did not shine.

England: Tottenham bring down City and relaunch the title race

Undefeated in the league since October 30, the Cityzens lost at home to Tottenham (2-3). Riyad Mahrez thought he had made the hardest equalizer from the 92nd minute penalty, but Harry Kane gave Spurs victory after added time on a pass from winter rookie Dejan Kulusevski, already author of the opener. With the defeat, Manchester City are now just six points clear of Liverpool, as the Reds have a late game to play against Leeds and travel to the Etihad Stadium in April for the 32nd day.

Real Madrid consolidate their position as leaders in La Liga. Saturday evening, the people of Madrid won at home against Alavés (3-0), with once again a great Karim Benzema. Absent from Real’s last two league games due to injury, the Frenchman delivered two assists, for Marco Asensio and Vinicius Junior, before scoring in turn, from the penalty spot, in added time.

Another former Ligue 1 resident shone in Spain this weekend. On Sunday, Pierre-Emerick Aubameyang scored his first three goals for Barca away to Valencia (1-4). First credited with a double, the Gabonese saw a third achieved to be attributed to him, on a shot countered by Pedri. The Blaugranas are doing better and have a ninth game without defeat in La Liga, which allows them to move up to 4th place, two points behind Betis and a game behind.

Germany: Robert Lewandowski on the same basis as last season

Led 1-0 by Greuther Fürth at half-time, Bayern Munich finally cracked the promoted in the second half to win 4-1. His serial striker Robert Lewandowski scored his 27th and 28th goals of the season, after 23 games played in the Bundesliga. The Pole is on exactly the same pace as last season, which he finished with 41 goals on the clock. Former Parisian Eric Choupo-Moting also scored a goal, while Corentin Tolisso came out injured, in tears.

[ VIDEO] #Bundesliga
Hit in the thigh, Corentin Tolisso is replaced and leaves the field in tears… pic.twitter.com/HgaUNSb1GC

The Bavarians consolidate their first place, ahead of Dortmund, who swept Borussia Monchengladbach (6-0). In the absence of Erling Haaland, injured, it was Marco Reus who carried the BvB with two goals and three assists.

Italy: the Milanese offer Napoli the opportunity to take the lead

Sluggish weekend for AC Milan and Inter Milan. Saturday, the Rossoneri were held in check on the lawn of Salernitana, red lantern of Serie A (2-2). Junior Messias, served by Theo Hernandez, and Ante Rebic scored the Milan goals, while Mike Maignan was guilty of unusual errors, with a missed outing on the first goal of the Salernitans.

[⚽️ VIDÉO – BUT] #SerieA
The equalization of the Salernitana!!!
Maignan misses his exit and Bonazzoli scores with a magnificent return! pic.twitter.com/XVeRNJu2rJ

On Sunday, their rivals Inter therefore had the opportunity to regain the lead in the championship, but the Nerrazzuri lost at home against Sassuolo (0-2). Napoli, who travel to Cagliari on Monday, could become Serie A’s new leaders if they win.