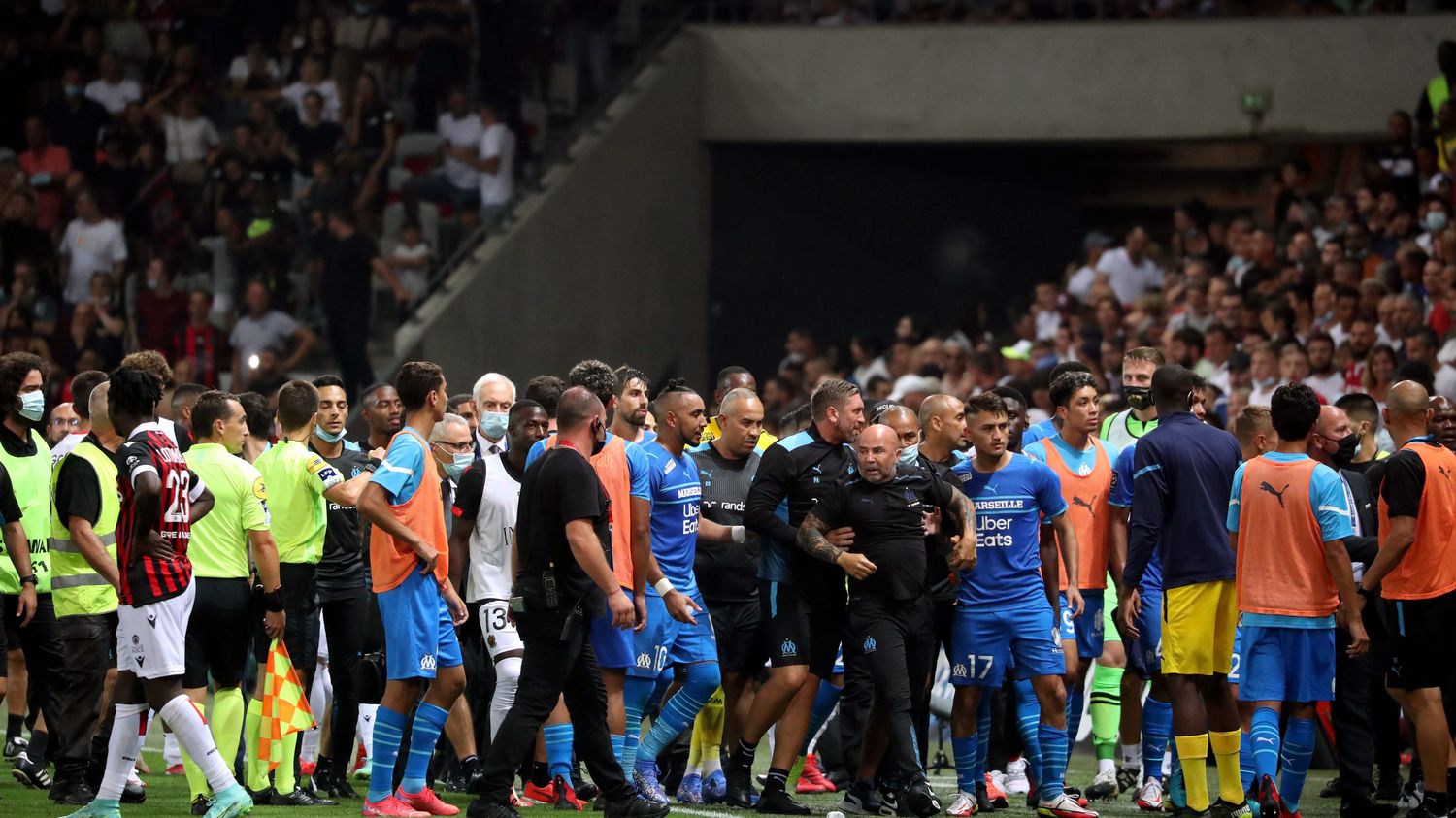 The resumption of the Ligue 1 football championship was expected by fans, after being deprived of a stadium for more than a year and a half due to the Covid pandemic. But since the start of the season, the scenes of violence have been repeated. Like last September 18 during the Lens-Lille derby at the Bollaert stadium. Lensois supporters invaded the field and scenes of violence erupted in the stands. Rémy, 31, was attending as a family when he received a seat in the head. “It makes me lose consciousness, I find myself on the floor in the gallery. I had four stitches and one night in the hospital to monitor the head trauma “, recount the Lensois supporter, still traumatized.

As I am carried in the stretcher, the whole stand is shouting ‘kill him, kill him!’ I have never known violence as strong as what I saw in the Lens-Lille match. ”

This violence is widely condemned by the supporters themselves, such as Norman Noisette, president of the Lens United federation, which brings together some thirty RC Lens supporters associations, ie 2,500 members. He sees this violence as an effect of the health crisis: “We are coming out of a blank Covid year, there was no spectator, no stadium, so obviously there was no crowd and no incident“, he notes. “Maybe there is an excitement to go back to the stadiums. Football brings passion and passion sometimes leads to excesses.”, he continues.

These scenes of violence also affected the stadium of OGC Nice. During the meeting against Marseille on August 22, projectile throws triggered scenes of generalized fights between players, supporters and member of the management. Gilles Zamolo, a Nice supporter for forty years, was present in the ultras platform during this match. For him, the stadiums serve as an outlet at the moment, especially for young people. “We talk about incidents very often, but it’s an ultra-minority, despite the resurgence that there was at the beginning of this post-covid, he emphasizes. It is certain that the current context has not helped matters. There is really a hardening of mentalities in general, and it’s not just in the stadiums. “ Gilles Zamolo also mentions the lack of dialogue between sports bodies and ultras but also infrastructure problems. In Nice, for example, the absence of anti-projectile nets.

Sanctions have been taken in the face of this violence. Beyond the closed-door measures and withdrawals of points, justice has also ruled. A Nice supporter who gave a Nazi salute was sentenced Wednesday, October 13 to a one-year suspended prison sentence and three years of stadium ban. Other supporters will soon be judged. Stadium bans from 9 months to 3 years have also been decided for around twenty Lensois supporters, at the initiative of the club this time.

Public authorities are also concerned about this violence. An interministerial meeting with the league and the FFF (French Football Federation) was held at the end of September, the issue of individual rather than collective sanctions, such as the general ban on fan travel, was raised. But no concrete announcement has yet been made after this meeting. The boss of the national anti-hooliganism division, who was also present, pointed out to him a number of things to review in terms of security.

Among the issues, the training and recruitment of stewards, undermined by the health crisis. Flaws observed by Dimitri, steward in Ligue 1, on the images of the overflows during the Nice-Marseille meeting. “See, there ain’t no line ahead. When there is an invasion like that and I see stewards walking, I say to myself: ‘if there is an invasion, we don’t walk, we run and we will help the colleagues’, he analyzes. We could criticize them for that, but when you have 300 people coming down on you and you’re in the middle, when a security company pays an agent 40 euros to go and play a match, those who criticize them, let them go. do it !“

the Dimitri’s boss, Salvatore Furnari, who heads the Heracles group specializing in the security of several Ligue 1 stadiums, confirms this staffing problem. “It comes from 6 months of confinement where part of the profession has stopped, they have completely reoriented themselves, so it is a hole in our workforce. The other factor is the remuneration“, he observes.

“Is the risk / reward ratio good enough for stewards? I’m not convinced.”

“We end up with a pool of departures of trained and competent people that must be reconstituted. And it goes casually, through money that companies must absorb“, concludes the leader. Additional charges that not all are ready to pay, he said, as many clubs, facing financial difficulties, seek to save money.